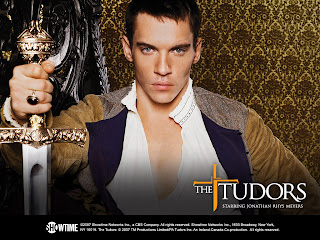 Reenlty, I read about the fascinating work of Dr Steve Gunn, from ’s faculty of history. Dr Gunn researches Tudor Coroners’ Reports to look into causes of death in the 16th century. One such example found during his research was a reference to the drowning of:

“...a Jane Shaxspere drowned aged two-and-a-half while picking corn marigolds 20 miles from in 1569. Shakespeare was then about five."

With such an unusual surname it seems likely the drowned girl and William Shakespeare were cousins, which raised the intriguing question of whether Jane Shaxspere became the inspiration for Ophelia, the tragic heroine in ‘Hamlet.’
Dr Gunn wrote:
"Coroners’ reports of fatal accidents are a useful and hitherto under-studied way of exploring everyday life in Tudor England.”

"There are some very revealing things to come out of our project already. 'Workmen often drowned when they stripped off to bathe in rivers and ponds after work, so maybe 16th century people had more sense of hygiene than we think."

So, apart from drowning, what were some of the more unusual causes of death in Tudor England?Taken from Dr Gunn’s work, here are some of the more interesting…not to mention unusual deaths.
1 – ARCHERY
Working men were expected to be proficient in archery, in case called upon to defend the realm. Archery practice was a common pastime and Coroners’reports revealed 56 accidental deaths; resulting from people standing too close to the targets, or those whom went to collect spent arrows before the archer had finished shooting.

Coroners even reported the depth of wounds. Nicholas Wyborne holds the unwanted record for the deepest wound, he was lying near a target when he was hit by a falling arrow to a penetration of six inches.

Some deaths were more avoidable – such as Thomas Curteys who took off his hat and challenged a bowman, Richard Lyrence, to hit it….
2 BEARS
Cruel sports, such as bear baiting, were a common entertainment in Tudor times. Henry VIII had his own royal arena built in , for just such sports.

But the bears sometimes got the upper hand and escaped. One victim, Agnes Owen, was killed in her bed by a runaway bear, and it seems Agnes was an unlucky name because another, Agnes Rapte was killed by Lord Bergavenny’s escapee bear. Bears, however, were quite valuable and when one bit a man to death in Oxford, in 1565, the bear wasn’t killed but put into royal custody – perhaps because was worth six months’ wages for a labourer. 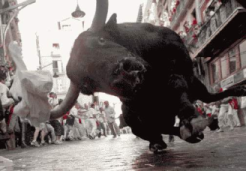 3 – COWS
One poor man, with the unfortunate name of Robert Calf, was gored to death by a cow. He was walking through the fields of William Cheills, in , when the cow seemingly went mad, charged him and gored him to death with her horn. 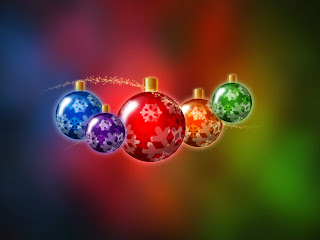 4- GAMES
The unlucky John Hypper was :

"...playinge Christenmas games' on Boxing Day 1563 at about 6pm with divers other parishioners of Houghton, Hampshire in the house of Thomas Purdew of Houghton, husbandman. While playing he involuntarily crushed himself and injured his testicles so that by reason of his old bodily infirmity he became ill and languished until about 3am on 28 December when he died."


With thanks to Dr Gunn, Sean Coughlan and the Daily Mail.
Posted by Unknown at 08:09