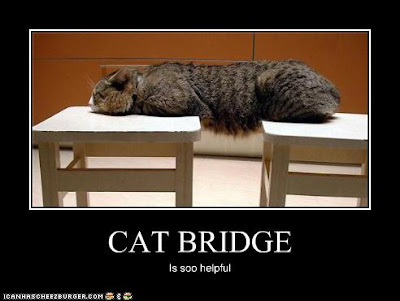 I have no sense of direction. Many, many times my total lack of direction has got me into trouble, such as the time I went the wrong way round the M25 and a journey that should have taken quarter of an hour, took 90 minutes. And last summer, I decided to take my son to the of , only to end up at the (a subtle but essential difference, which meant we ended up at completely the wrong place!) However, in this case all ended well since the Dockland museum was fascinating and has inspired today's blog post on: .
It is not my intention to give a history of this historic landmark, but more a mention of some of the lesser known legends associated with it. It is thought that a bridge first spanned the Thames in the site of the current , in Roman times. The first stone bridge was erected around 1136 and on this more permanent structure, people started to build houses. 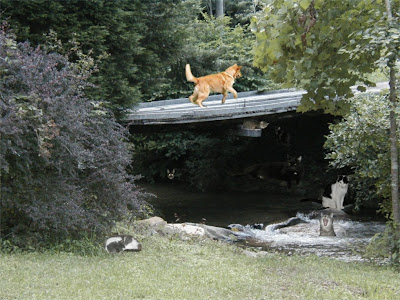 So who is the  "Fair Lady" mentionned in the rhyme?


There are three main contenders:
- Matilda of - (1080 - 1118) - consort of King Henry I, who was responsible for building a series of bridges across streams between Bow and .
- Eleanor of (1223 -91) , consort of Henry III who was custodian of bridge revenues from 1269 to 1281
-A member of the aristocratic Leigh family, from Warwickshire, who had a family tradition that a human sacrifice lies under their family home at .
On a more cheery note, another legend associated with is that of the Swaffham Pedlar. He had a dream in which he was told that someone on the bridge would tell him joyous news. With this in mind he went there and waited for three days and nights. Eventually a shopkeeper went out and asked the pedlar what he was doing. When he explained his errand the shopkeeper laughed and said:
"I myself have had a dream that if I went to a particular oak tree in Swaffham, and dug underneath it, there I would find great treasure, but I am not such a fool as to follow dreams."
The pedlar thanked him and left. He proceeded home to dig under the oak tree, only to unearth a pot of gold! Some versions add that a visitor to the now wealthy man read a Latin inscription on the pot that translates as:


"Under me doth lie,
Another much richer than I."
He went and dug in the same spot, to discover even more treasure! 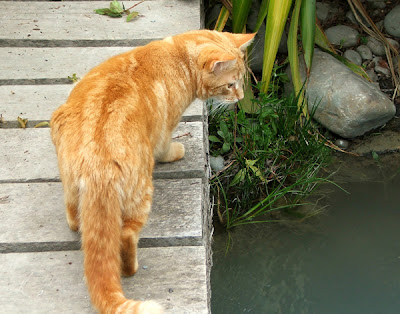 So there we have it - a blog post inspired by an accidental trip to a museum I had no idea existed. Do you have 'happy accidents' or am I the only one with a talent for getting lost?
Posted by Unknown at 09:20