This week I take a quick romp through history and look at the law as it pertains to cats. 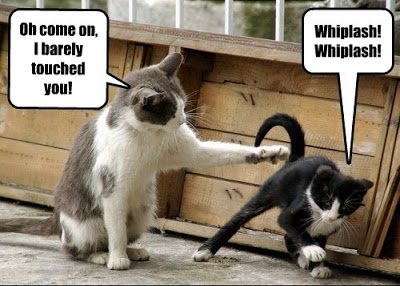 Old English common law states that cats and dogs are:
"Not property, being base by nature."


This seems a wise ruling, since in medieval theft was punishable by hanging; given that cats are apt to wander and chose their own home, if cats are perceived as property householders could easily find themselves on the scaffold through no fault of their own.


Another 'cat' law was the 13th century "Rule of Nuns". This forbade holy women from keeping any animal other than a cat. I find this interestingly ironic given that a couple of centuries later, woman find themselves convicted of witch craft, based largely on that they owned a cat, which was considered - the devil's familiar. 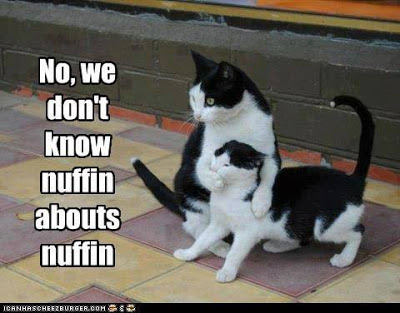 Medieval Welsh laws are quite effusive about cats. The Venedotian Code clearly lays out the value of a cat:


In return the qualities or 'job description' of a cat are:
To see, to hear, to kill mice, to have her claws entire, to rear kittens…and if she be deficient in any of these qualities, let one third of her worth be returned. 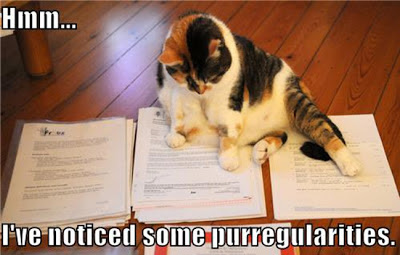 Another early Welsh law, the Dimetian Code describes the compensation due for killing or stealing a cat. This involves suspending the dead cat by the tail with its head on the floor. The corpse is then covered with grain until the tip of the tail is covered - and this amount of corn is the animal's worth - although the practicalities seem fraught with difficulty.


An interesting detail from this code relates to what becomes of the cat if a marriage breaks up. When the husband and wife's goods and chattels are divided, the relatively high worth of a cat is reflected in that:
The husband took the cat is there was but one
With any others [cats] going to the wife. 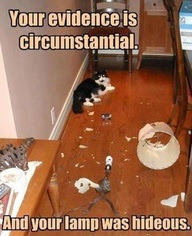 When it came to a cat killing creatures it shouldn't - such as a neighbor's birds - the law is a friend of the cat. In , a late 19th century, an aggrieved plaintiff (who owned the dead pigeon) took the cat's owner to court. The judge concluded:
"It was legitimate for the plaintiff to keep a pigeon, but just as much so for the defendant to keep a cat…but there is no obligation for the owner of a cat to restrain it to the house."


And finally:
Another interesting legal case, this time in , - a plaintiff sued a neighbor for killing a valuable foxhound but was confounded by the defense's argument. The defendant claimed that the dog was chasing his cat, and the law states:
"Any person may lawfully kill a dog which …is found worrying, wounding, or killing any domestic animals..."
It seems the cat enjoys a protection in law, not afforded to birds! 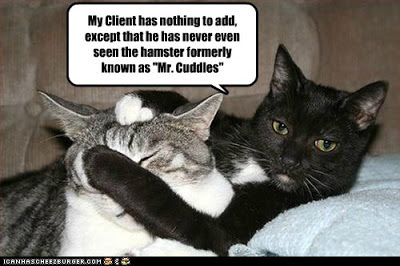