Today I'm delighted to welcome author, Maria Grace, to the blog.
Maria has been writing since she was 10, although those early efforts are not for public consumption! She has one husband, two graduate degrees and two black belts, three sons, four undergraduate majors, five nieces, six cats, seven Regency-era fiction projects and notes for eight more writing projects in progress. To round out the list, she cooks for nine in order to accommodate the growing boys and usually makes ten meals at a time so she only cooks twice a month.
So without further ado, a warm welcome to Maria who posts on 19th century dining!

Dinner with Mrs. Rundel.
Oftentimes writers write what they know and I suppose I am no exception. With three teen-aged sons, food can be a big deal. Lots of entertaining and important things happen around the dinner table. So it isn’t surprising that in nearly everything I write I feature at least one important mealtime scene.


All this is well and good, except that food, like everything else has changed a great deal in the last two hundred or so years. What constitutes a satisfying meal today looks entirely different from the expectations of the 1800’s. Can anyone say ‘research’? 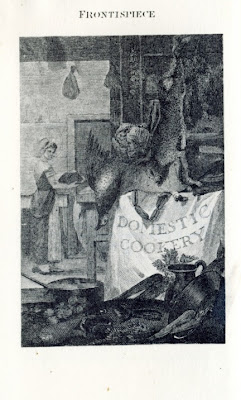 Enter my newest, or should I say oldest, favorite cookbook: New System of Domestic Cookery: Founded up Principles of Economy; and Adapted to the Use of Private Families, by Mrs. Maria Eliza Ketelby Rundell (1745-December 16, 1828). ‘Mrs. Rundell’ as it was often referred to, was the most popular English cookbook of the first half of the nineteenth century. The first edition came out in 1806, several later editions were published with additions by other contributors.
At the time, few books on domestic management were available. Mrs. Rundel collected tips and recipes for her three daughters out of her thirty years’ experience running her household in Bath. Initially she planned to have four copies made, but Jane Austen’s publisher got involved and the rest is, as they say, history. 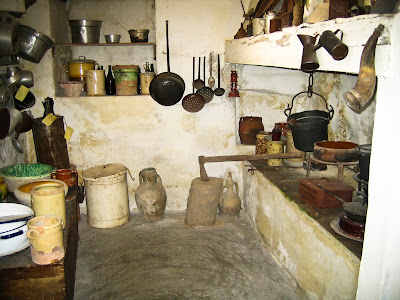 For anyone interested, replica editions have been published and the original itself is available free on line:http://digital.lib.msu.edu/projects/cookbooks/html/books/book_03.cfm  or


http://books.google.com/books/about/A_new_system_of_domestic_cookery.html?id=H3UEAAAAYAAJ
With Mrs. Rundel’s assistance I learned a great deal about both food and domestic concerns in the early 1800’s. Who would have guessed stale white bread was good for cleaning wallpaper?
Just as cleaning methods changed, what foods are served for a meal have changed as well. For dinner I might serve a lasagna, green salad and dinner rolls or corn salad, roast broccoli and mushrooms, Peloponnesian pot roast and barley pilaf. Not so our ancestors. A whole host of unfamiliar dishes and meal plans awaited me in the pages so generously penned by Mrs. Rundel. 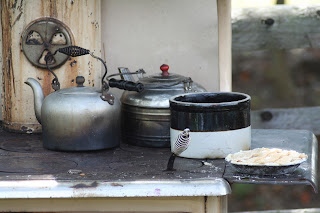 Her final chapter contains dinner plans for family dinners. For us, dinner consists of three or four dishes, she starts at five and works her way up very quickly, all the way up to two courses of eleven dishes plus removes. (Removes were dishes that were replaced with something else part way through the course). I have to admit, the thought makes my head swim. For a big holiday dinner with all the relatives coming, I might make eight dishes, not including dessert, which I try to have someone else bring. Twenty two to twenty four dishes and you might just need to lock me up in a room with very soft walls!
The contents of Mrs. Rundel’s menus were also very heavy on the meat dishes. For example, a five course meal might include: Half Calf's Head, grilled, (Remove and replace with Pie or Pudding.)Tongue and Brains, Carrot Soup, Greens round bacon, Saddle of Mutton, and Potatoes and Salad, at side table.  That’s three mean dishes out of the five. Atkins friendly I suppose. 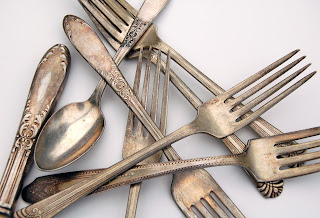 Her most elaborate meal plan, ‘eleven and eleven, and two removes’ just made my head spin. It is hard to imagine how much kitchen staff it would take to accomplish this meal, especially when you take into consideration the lack of refrigeration and other modern conveniences. Notice the mix of dishes too. I would never serve a raspberry tart and lobster and duck all on the same course. 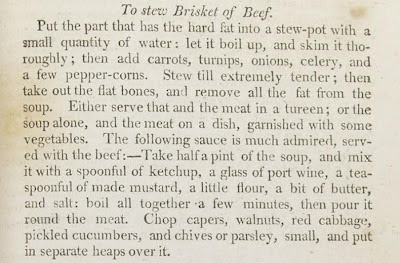 
Mrs. Rundel kindly includes recipes for many, though not all of these dishes. (I cannot for the life of me figure out what ‘Fry’ is.) A few of them are rather interesting.
I am not sure how many of these are going to show up on my dinner table. But I may just try the Stewed Cucumbers one of these days. 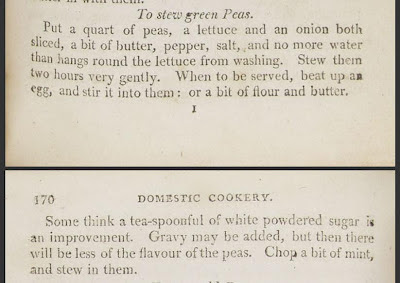 Some of these dishes make appearances in my Given Good Principles series. The first book, Darcy’s Decision was released in January and is available on Amazon.com. The second, Darcy’s helpmate (or possibly The Future Mrs. Darcy—indecision is taking its toll on me right now!) will be released in July. The final volume, Principles and Virtue is slated for release at the end of 2012.


And in case you’d like to know what I’m serving for dinner, here’s my Peloponnesian Roast recipe, simple, unique and flavorful. 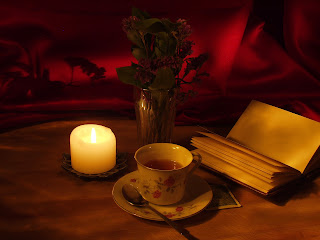 Not all are pleased with his choice of advisor. Lady Catherine complains Darcy allows him too much influence. Lord Matlock argues, "Who is he to question the God-appointed social order?" But the compassionate wisdom Darcy finds in his counselor keeps him returning for guidance even though it causes him to doubt everything he has been taught.
In the midst of his struggles to reinvent himself, his school chum, Charles Bingley, arrives. Darcy hopes the visit will offer some respite from the uproar in his life. Instead of relief, Darcy discovers his father's darkest secret staring him in the face. Pushed to his limits, Darcy must overcome the issues that ruined his father and, with his friends and mentor at his side, restore his tarnished birthright.
BUY LINK: http://www.amazon.com/dp/B006VZOSCO

Maria can be contacted at: author.MariaGrace@gmail.com.
You can find her profile on Facebook: facebook.com/AuthorMariaGrace
or visit her website at AuthorMariaGrace.com