Today I'm thrilled to welcome author Carola Dunn to the blog. Carola has an impressive back catalogue of books ranging from the regency novels that started her career in 1981, to the Daisy Dalrymple mysteries set in 1920's England and a new series of Cornish mysteries, set in the 1960's and 1970's. So without further ado, please welcome Carola!

Historical dogs--mysterious, romantic...
by Carola Dunn
Apart from a few years when I was first married and we kept moving from rental to rental, I've always had dogs in my life, from the German Shepherd, Wendell, who kept the District Nurse away from my pram to my present companion, Trillian (border collie, probably, with a bit of black Lab?). Is it any wonder that so many of my books have dogs who aren't merely present but are characters and often an important part of the plot?
Nana (named after the dog in Peter Pan) enters my Daisy Dalrymple mystery series, set in England in the 1920s, in the seventh book, Styx and Stones. She's a farm-bred puppy of uncertain ancestry. At her first appearance, she's car-sick, hardly surprising considering the state of rural roads in 1923. However, she redeems herself in Mistletoe and Murder by finding a clue. Unfortunately, just as the police are about to examine it, she steals it back and runs off to rebury it. Dogs will be dogs.

Nana's big moment comes in Black Ship, when she discovers a body in the bushes. She actually appears on the cover of the book—not looking at all as I'd imagined her. The cover now adorns the e-book edition, so I guess that's how she'll be for all eternity. 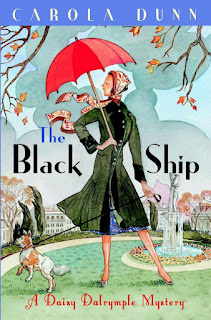 My other series, the Cornish Mysteries, set in 1970 or thereabouts, has a permanent resident West Highland Terrier, Teazle. She's modelled on my mother's last dog. So far she hasn't discovered any bodies, nor starred on a cover, but she goes everywhere with my sleuth, Eleanor Trewynn.
Before I started to write mysteries, I wrote a large number of Regencies. Needless to say, dogs were important in many of them. There was Osa, in Angel, who saved her master from drowning; Curly, in The Improper Governess, who not only had curly fur but kept a little boy warm by curling up with him for the night when he ran away from home; Ragamuffin, in the Tudor Signet; and in A Lord for Miss Larkin, large black Midnight and small snow-white Flake, Goose, and Drop. 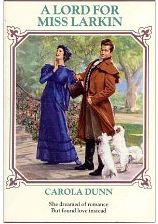 The only unpleasant canine character I ever created was Mudge, a pug, in Mayhem and Miranda. He was a beastly little biter, but he, too, had a major role to play. He not only saved his mistress from a kidnapper, he brought the hero and heroine together.
I also wrote a dozen or so Regency novellas. Maera, large and shaggy, was a major character in A Conformable Wife, now in the e-collection A Second Spring. 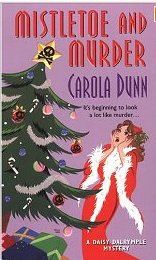 Given my predilection for dogs, my reaction when asked to write a novella about a kitten was predictable: Can't I make it a puppy? "No," said my editor. "Kittens sell." So Wooing Mariana (in My Dearest Valentine)* does indeed include a kitten, Pirate. Of course, I sneaked a puppy, Lyuba, into the story as well. Kittens do indeed "sell," especially in German translation! 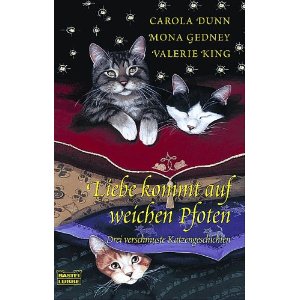 (*Originally titled (by the publisher) A Kiss and a Kitten, in the anthology Snowflake Kittens.) 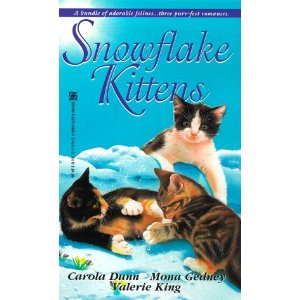 There was one other memorable feline, a kitten in The Road to Gretna. Lily was constantly getting into trouble, hardly surprising as she was taken on a days-long carriage trip by her equally troublesome young mistress.
But I'm a dog-person, and now it's time to give Trillian and her visiting friend 'Oli their dinners.
Thank you Carola, for such an animal friendly post. As you may have gathered I have a bit of a bias towards cats, but as you saw the light with your kitten books, I'm sure we can agree to differ!
If you would like to know more about Carola and her books please visit:
http://www.CarolaDunn.weebly.com
Grace x
Posted by Unknown at 05:25