Tower of London: Polar Bears in the Thames

In this the third post about animals at the , we look at bears - or polar bears to be precise.
In 1252 King Henry III (1207 - 72) was given a Norwegian bear by King Hakon V. This bear was described as "pale" , which is significant because the black bear (albeit sometimes light coloured) was common in at the time. It seems likely that this bear was significantly different in order to merit it being a gift, and was probably a polar bear.


The bear arrived with a keeper, and once again the Sheriffs of the City of were asked [told] to pay for the animals upkeep. The Sheriffs allotted around tuppence a day, which considering the prevalent poverty of the day, must have seemed galling to some. However, after a year, the sheriffs decided it was time the bear caught it's own food in the t that time the was a clean river, rich with salmon and fish.
"fat and sweet salmon [are] dailie taken."
The bear was fitted with a chain and muzzle, and the keeper expected to take the beast down to the river to fish and bathe. The sheriffs thoughtfully provided the keeper with a thick cape, presumably to keep out the cold on the riverbank.


"Greetings. We [the King] command you that for the keeper of our white bear , recently arrived from Norway… ye cause to be had one muzzle and one iron chain to hold the bear without the water, one long strong cord, to hold the same bear fishing or washing himself in the Thames."


King Edward I (Henry III's son) took an interest in his father's menagerie. He employed 4 keepers, each paid 3d each a day, plus a 10d allowance towards animal food. Some thirty years after the original bear, records exist of payment for a white bear called (she originated from a place of the same name) being transported by boat (presumably up the ) to the Tower.


A few centuries later, it seems curiosity was superseded by cruelty. King James I of (1603-25) made the bears, lions and dogs fight each other. To this end he had a platform built from which he could watch the so-called 'sport'. This was a vicious activity where the bears were often chained and toothless, and had massive mastiff dogs set on them. The 'sport' was in betting on which animal would inflict the most damage. 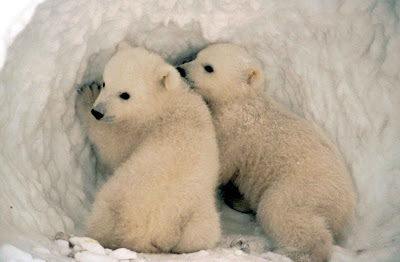 And finally, did you know that most polar bears are Capricorns - since the majority are born between late December and mid January.