A History of Pet-Keeping: When Animals had Free-Will

Did you know the Pied Piper of Hamelin was a rat-charmer?
What’s even more interesting is that in medieval times ‘rat-rhymers’ were an established profession. Their job was to write incantations or poems, which were chanted aloud to induce rats to leave properties where they caused a nuisance.
The rationale behind this bizarre occupation was a widely held belief that rats (and all other animals) were responsible for their own actions, and had the ability to respond to a well-reasoned argument – should they see fit. It was also held that if an animal deliberately misbehaved in active defiance of their owners, then they must accept the consequences.
This extended to animals being summoned as witnesses in formal court proceedings. Indeed, early laws in England gave animals members of the household with the same rights as women and serfs (turning this on its head, this could also be a reflection of the low regard in which women were held).
For example, if a farmer’s house was robbed and there were no human witnesses to testify in court, it was not unusual to summon animal witnesses instead. Their presence in court strengthened the victim’s case (although quite how this worked is not clear.)
However, this also meant that animals could be put on trial held for their misdeeds and found guilty in the same way as people. Thus a dog that followed their natural instincts and worried sheep, could be tried in a court, found guilty, and sentenced to death by hanging.
It took until the 19th century for the British authorities to drop the practice of sentencing animals to death for their ‘crimes’ and instead think of them as property
This led to a shift in responsibility from the animal onto the owner. It was now the owner’s job to decide if his livestock were a risk to other people, and take steps to prevent harm. Thus the female cat that bit someone interfering with her kittens was no longer held ‘at fault’ and the action was acknowledged as typical of a nursing cat. Furthermore, when a farmer let a vicious ram run amuck, it was no longer the ram that paid the price with his life, but the farmer who was required to pay compensation.
This represents a fundamental shift in the relationship between man and beast. But whilst it might be tempting to view this as a wholesale improvement for animals, this change of attitude was not without its problems.
This new shift meant that people had to assume responsibility the actions of their animals. This led to a change in attitude where people now exerted power over their livestock and expected the animals to comply with their wishes. This was the beginning of people manipulating animals and asserting power over them. In the fields of stock breeding and selective breeding, man went a step further to show his influence by bending nature to his own will.
This in part goes to explain the 19th century attitude to cats, a constant source of frustration to the authoritarian Victorian male. Cats failed to conform to mans will in the same way as dogs and defied attempts at selective breeding (by escaping and finding their own mate).
At a time when animals were meant to yield their free will and be willingly led, clearly no one explained this to the cats.
In a world where man measured success by his supremacy, the cat remained blissfully aloof, and so man's answer was to label cats as promiscuous, degenerate creatures –and also led to them being looked on as feminine creatures and labelled as a womanly pet (as opposed to a noble, loyal dog who was a manly pet.)


The attitude of the Victorian male to both women and cats was remarkably similar. He believed they both needed a firm hand to prevent them sliding into their natural state of promiscuity and laziness! 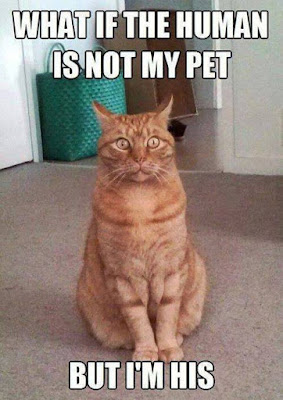 How do you organize cats?

Last week in How the Victorians went Wild for Cat Shows we looked at the popular 19th century pastime of visiting dog or cat shows. However, the organizers of cat shows had a problem that dog show organizers did not have, which was how to group the entries. With dogs it was relatively easy because they came in so many varied sizes and shapes or breeds. Cats – not so much.
Cat fancier Harrison Weir, arranged the very first cat show, which took place at Crystal Palace, July 16, 1871. His stated aim as organizer in “a labor of love to the feline race,” was to draw attention and therefore favor to: “The different breeds, colors, markings.”

However, Weir had a problem because the existing description of cat breeds tended to dwell on distinctions that highlighted their weaknesses. One obvious solution was to arrange the cat classes by color. Gordon Stables, a man who was active in both the dog and cat show worlds, suggested categorizing cats into 13 groups.
These colors were:
Tortoiseshell, tortoiseshell-and-white,
Brow, blue, and silver tabby
Red,
Red, red-and-white, tabby
Spotted tabby
Black-and-white, black, white,
Unusual color and any other variety.

Stables asserted that color was actually key to the cats’ character, and that certain colors were more likely to have certain character traits. In effect he was trying to justify the color-grouped categories as being more significant than they really were.

He argued: “Properly speaking color is often the key to [the cats] characters…temper…and qualities as a hunter…and its power of endurance.”
This is an interesting observation, because coat color does carry some associations in the modern age. For example, tortoiseshell cats are often described as “naughty torties” within vet clinics, because they have  reputation for misbehaving.

According to Stables:
Tortoiseshells were “Good mothers and game as bull terriers”
Black cats were “Noble and gentlemanly”
White cats were “Far from brave…fond of society…gentle, and often delicate”
And black-and-whites “Sometimes…did not trouble himself too much about his duties as a house-cat.”

Stables categories didn’t last long and soon went out of fashion. In the 1880s and 1890s Weir replaced them with not dissimilar groupings but broke them down into yet more colors, also long-haired or short-haired, age, and gender. However, he added one final category that was a bit of a showstopper. This was “Cats belonging to Working Men.”
The latter category was put in place out of the notion that animal social standing mirrored that of humans, and it wouldn’t do to have working men getting ideas above their station. Incredibly, everyone seemed to go along with it, and in 1889, out of 511 entries, 102 were in the category Cats of Working Men.

As the years passed, a greater study was made of the science of cat-breeding and specialist breed cat clubs sprang, such as the Siamese or the Abyssinian cat clubs, the Silver and Smoke Persian cat club or the Tortoiseshell society. However, rather than breeding to improve the cats, the main criteria for selecting animals to breed seemed to be rarity, with a cat with unusual colored eyes or a particularly striking coat commanding the most money.

But that was reckoning without the character of cats, which were perfectly capable of escaping and finding their own mate, much to the consternation of their own. 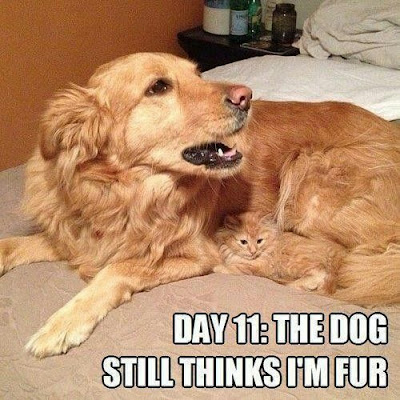 What are your experiences of different coat colors? Have you noticed distinctive personalities based on color or is it a load of bunkum?
Posted by Unknown at 12:08 2 comments:

How the Victorians went Wild for Cat Shows

In the 19th century there was a mania for dog breeding and dog shows.  Dogs proved to be ‘plastic’ when it came to manipulating their size, shape, and general appearance, which leant itself to the Victorian desire to control everything around them. Cats, however, were not so obliging
For those ambitious cat owners who wished to exhibit their pet in a cat show and have other people appreciate them, their first problem was to devise categories within which to classify the cats. For dogs this was easy because there were distinct breeds ranging in size from a tiny Yorkshire terrier up to a giant Newfoundland. Not so for cats.

It was ever the bane of the Victorian pet keeper that cats defied their master’s (or mistresses – as cats were far more likely to be kept by women) wishes. Cats had a habit of breeding willy-nilly and behind their owner’s back, which made manipulating matings to produce a specific look all the more difficult. Indeed, Charles Darwin himself said as much in 1868.
Darwin noted that people’s effort to alter the appearance of cat’s had done – “…nothing by methodical selection, and probably very little by unintentional selection…” except to save the cutest kittens and destroy adult cats that poached gamebirds.

Thus it was accepted that the aspiring cat breeder was actually rather deluded, and that even if they created a stunning cat with wonderful potential, it could all go to pot with the next generation. This was also reflected in the price of purebred kittens, where £1-2 was considered a high price for a kitten “Good enough to win a first-class exhibition.”
However, the lack of diversity in the size and appearance of cats did not deter cat fanciers. On July 16, 1871, the first ever cat show took place. Held at Crystal Palace, it was organized by a well-known writer on animal topics and illustrator, Harrison Weir. His objective for the show was to raise awareness of the “Different breeds, colors, markings etc.”
Despite Weir’s best intentions, the main method he hit upon of distinguishing the different categories of cats was color. Even so, the show was a success and within ten years, many of the larger cities followed his example and could “boast of an annual exhibition of feline favorites.”

Next week we look at the categorization of cats at cat shows and the vagaries of fashion. 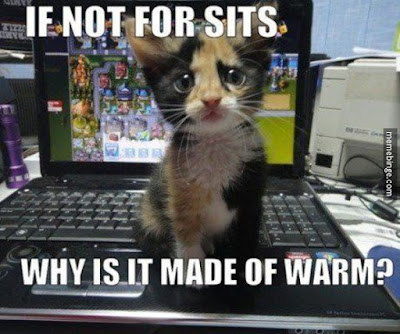