My youngest son is into Warhammer.  Apparently the hobby isn’t as popular in the US, and recently he overheard one American gamer explaining to another, how Warhammer outlets are: ‘In every town in the UK, they’re like Starbucks over there. ‘.
When my son told me this I laughed. The idea seemed absurd. Then I realised how true it is, that there is a Warhammer shop in pretty much every major town. But also, what does that say about the popularity of Starbucks? Which leads us neatly onto the topic of today’s blog post – coffee shops, or more precisely – selling coffee.
If you’ve read my post on the EHFA blog about an enterprising Victorian photographer, you will know my current bedtime reading is Henry Mayhew’s book, ‘London Labour and the London Poor’. First published in volumes during 1851-2, his great work chronicles everyday life as he saw it around him on London streets. Which leads me back to coffee selling.
Mayhew writes evocatively about the barrows that popped up on street corners, selling tea and coffee to other traders, market goers, and the general public. But this was a relatively recent innovation, because 20 years previously the beverage on sale was ‘saloop’. This prompted a cross reference with a dictionary to find saloop was a hot drink made from sassafras with added milk and sugar. Of course, then I had to find out what sassafras is – turns out it’s an evergreen tree that likes hot humid conditions and looks a bit like laurel but with larger leaves.
Anyhow, inexplicably (or perhaps because tea and coffee taste nicer, and perhaps was being taxed less so was more affordable) saloop went out of fashion around about the time Victoria ascended to the throne, and beverages we still recognize today took over.
Mayhew records how these coffee vendors enhanced their profits by blending coffee beans with cheaper additives such as chicory, or cheaper still – baked carrots or saccharin root. Apparently 4,000 – 5,000 tons of chicory was grown each year, the majority of which all went to coffee adulteration.
The people running the stalls were often cabmen, policemen, artisans, or labourers not able to earn a living in the trade which they were apprenticed in. Some opened their stalls at midnight, specifically to cater for the ‘night-life’. The most lucrative pitch was said to be on the corner of Duke Street and Oxford Street, in London, with the best trade being done on market days.


A final thought. I wonder what the Victorians drank their street-bought coffee in?

Presumably there were no disposable paper cups, and I wouldn’t have thought you’d take a mug wherever you went. This must mean the sellers leant out cups…hmmm…doesn’t sound terribly hygienic.
Posted by Unknown at 08:51 3 comments:

Mud-larks of London: Dirty Endeavours on the Banks of the Thames

What is a mud-lark?
After 24 hours of constant rain the ground has turned to slush, which seems as good an excuse as any to post about mud-larks.
In Victorian times necessity was the mother of invention and many poor people were driven to extraordinary lengths to make a living. A mud-lark is one such example, where people survived by scavenging through the mud left by the receding water of tidal rivers. The Thames is a capitol example as it was a water-way busy with all types of shipping where there was the potential for crew or passengers to drop things overboard.
Mundane Treasure
In London, the mud-larks worked both banks of the Thames, covering a large area between Vauxhall Bridge and Woolwich. They weren't expecting to find gold, silver, or precious stones, - their treasure was of an altogether more mundane sort such as coal, rope, old-iron, copper nails, or even bones. Anything that might have come detached from a ship, or fallen overboard during repairs, had value to the mud-lark.

Boldness Rewarded
Sometimes the mud-lark become over bold, such as one boy (as described by Henry Mayhew, the chronicler of Victorian life) who got fed up picking up coal from the shoreline and climbed on board a empty coal barge, where he swept up the leavings. His endeavor earned him 7 days imprisonment in a House of Correction. Not that he seemed to mind too much as he remarked that he preferred incarceration to being a mud-lark, as at least had a meal every night. 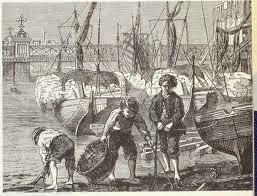 Caps for Baskets
Indeed, the mud-larks arouse Mr. Mayhew's pity as he remarks that at one set of stairs (down to the fore-shore) he counted a dozen children wading through the mud, aged between 6 and 12 years old. Muddy slush dripped from their clothes and they left a puddle where they stood. When their basket was full, they'd remove their cap and fill it – adding to the general impression of filth and dirt. Spending all their time in mud, it wasn't worth wearing shoes (not that they could afford them), but these children felt the cold just like any other.
"It is very cold in winter, to stand in the mud without shoes."
A mud-lark
The only positive in the dismal picture, it that mud-larking was an early form of recycling.  The mud-lark sell scavenged coal to the poor. Whilst the iron, bones, and rope they sold to rag shops. Any tools, such as hammers or saws, they exchanged with seamen for biscuits and meat.

A Twist  in the Tale
Henry Mayhew wrote in 1951, and by 1904 although a person could claim "mud lark" as his occupation, public sensibility decreed it an unacceptable pursuit. The word however, re-emerged around 1936 when schoolchildren re-invented mud-larking but with a twist. This time they challenged passers-by to throw coins into the mud, and then entertained the onlookers by running to fetch (and pocket) it.
A recent twist is that metal-detectorists who ply the banks of the Thames looking for historical artefacts, also call themselves mud-larks. Indeed, there is a London Mud-lark FB page, where examples of recent finds are shared. 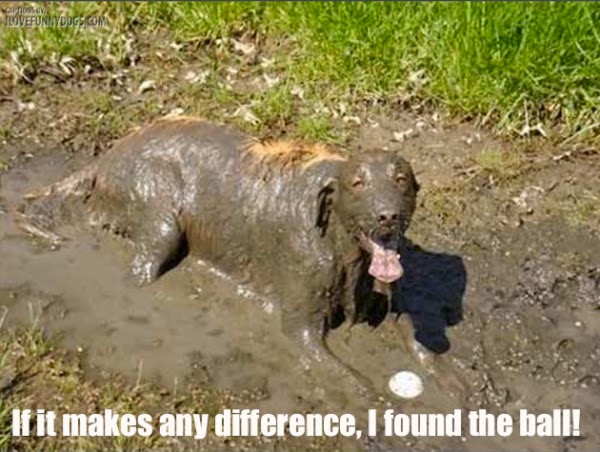 Rubbish! A Short Muse on Why Dustbins are so Called

Rubbish!
Refuse in on my mind a lot at the moment, because over the Christmas period our dustbin has not been emptied. When the dustmen come tomorrow, it will be a full 4 weeks since their last collection. Not great. 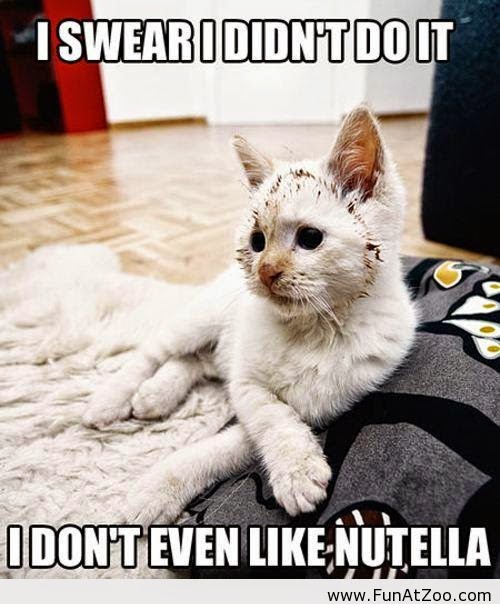 Dustbins are funny things. For instance, have you noticed how they have "No hot ashes" stamped into the side? This seems rather peculiar given that so many households rely on central heating now, and no longer have a hearth and a real fire. Even stranger when you think about it is the term "dustbin". (In fairness this is largely supplanted by "wheelie bin" but I'm of an age to still refer to a bin as a dustbin.) Have you ever wondered how they got this name? 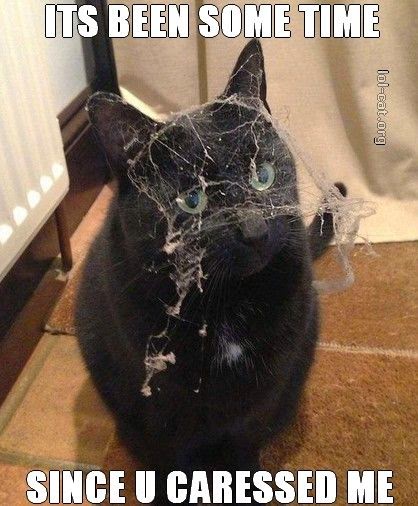 There's an old saying: Where there's muck there's brass.
Would it surprise you that dust was once a valuable commodity? In fact, in the 19th century the demand for dust was so great that dust-collectors paid the householder for the privilege of taking away their dirt, and then sold it on for a profit to brick manufacturers and for fertilizing poor soil.

So where did all the dust come from?
Coal fires.
White ash, cinders, and fragments of unconsumed coke were waste products from the coal fires used to supply heat, hot water, and cooking facilities to domestic houses. In the 1850s it was reckoned an average household burnt 11 tons per house, with poor people consuming around 2 tons. All of which created a considerable amount of dust and ash. 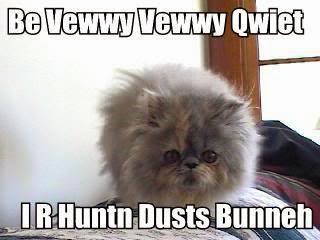 If this dust was simply emptied onto  the street, the roads would have quickly become submerged beneath grey powder and filth. The answer was for each household to keep a bin in which to store the ash (a dust-bin), which was collected by a designated dust-contractor. The later needed the equipment to handle the waste, such as a horse, cart, baskets, shovels, and a buyer for the ash, or a plot of land on which to dispose of it.

The trade was so lucrative that dustmen paid for the privilege, and recouped outgoings by selling the dust on. However, as city's expanded, there was less and less land that needed fertilizing, and more and more households producing dust. Thus the market changed and it was no longer made business sense to pay for a dust-round. Instead, positions were reversed and parishes had to pay dust-contractors to take the rubbish away – a situation similar to today. 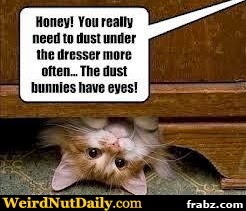 When Henry Mayhew wrote in 1851 about the dust-men of London, he reckoned there were 90 contractors, servicing around 300,000 houses – each looking after around 3,333 properties.
Fascinating.

Speaking personally, I'd settle for less fascination and an empty bin. So let's hope the dustmen call tomorrow… 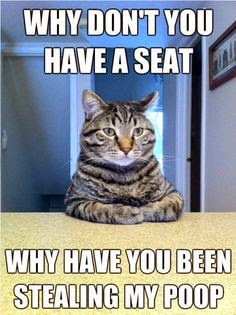