Did you know: “Catamaran” is derived from the Italian ‘gatta marina’, and is a vessel that always lands on its feet in high seas. 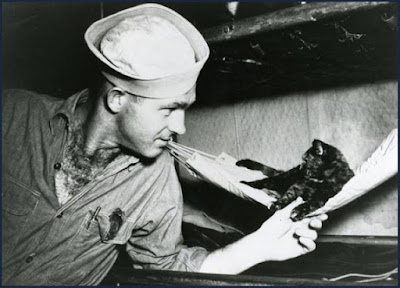 The modern ship the catamaran is just one example of how cats are linked strongly to the sea. In the days of sailing ships, a cat was considered the guardian spirit of the ship. In theory the cat might have been there to catch vermin, but in reality sailors believed that the feline protected the ship and crew from misfortune. 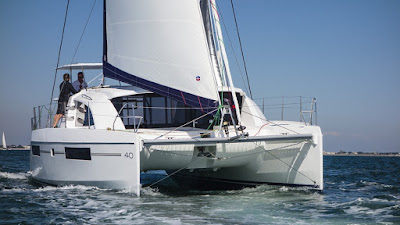 There are folklore stories of sailors who refused to set sail on a ship because there was no cat on board. Indeed, up until 1975 it was mandatory for a British role Royal Navy to have ship’s cat.

Another indication of the importance of cats to a ship was what happened when a ship was in peril. If a ship was abandoned and the cat went too, then the vessel was considered derelict and was forfeit to the Admiralty or King. However, if the cat remained on board under adverse conditions, the ship was protected from confiscation. 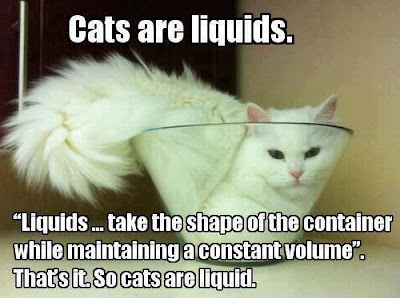 Calling vessels “She” may be a throwback to the ancient Egyptian goddess Isis. She was the patroness of nature, family, and magic – indeed her reputation made it as far as pagan Britain in her divine incarnation as a cat. It seems pagan worship of Isis, then cats with their feminine associations, ensured the vessel took on the female pronoun. 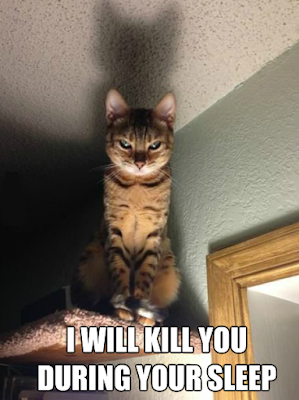 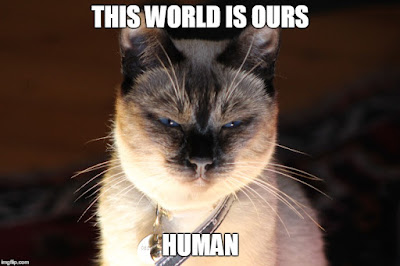 Why is it that dogs are referred to as “he”, whilst cats are “she”?

One explanation, perhaps the most obvious, is the graceful elegance of cats gives them a feminine air. Whilst this is true, it’s only part of the picture and the actual explanation is much less flattering to the feline.
To find the answer we need to go back to a couple of centuries to the Georgian and Victorians, and the birth of pet keeping. In the 18th century more people had disposable income and keeping pets for pleasure (rather than as working animals) became fashionable.

However, not all pets were considered equal. For example, the eagerness of dogs to please and to respond to training, earnt them a label as being loyal, brave, and courageous, which were all desirable male characteristics. Thus dogs were looked on as noble pets that were a fitting companion for man, and in general speech referred to with the male pronoun. 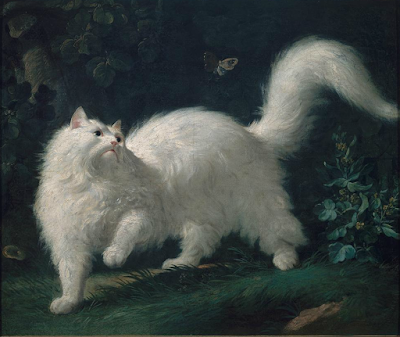 Cats however were a different case. Cats aren’t trainable and prefer to please themselves rather than their mistress. This was strongly frowned upon by the Victorian male who expected obedience from everyone in his household, and upright moral behavior was treasured above all else.

An independent spirit was seen as rebellious, even in an animal. To make matters worse, cats have a habit of escaping and finding a mate, which according to the perceived wisdom of the day meant they were promiscuous.
According to the judgmental Victorian male, the cats’ characteristics of independence (read rebellion) and promiscuity made them akin to prostitutes, and the worst sort of advertisement for feminine wiles. In short, cats became strongly associated with the worst aspect of female behavior and acquired the female pronoun.

Thus dogs became ‘he’ and cats ‘she’. 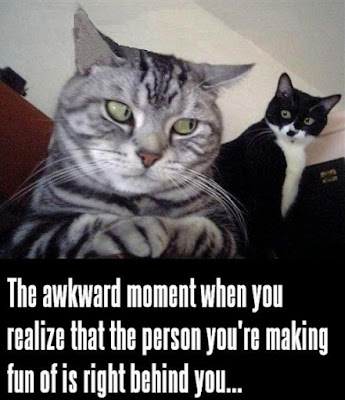 It hasn’t always been safe to like cats. In 1484 Pope Innocent VIII issued a papal bull (a law issued by the Vatican) that made it legal to burn those implicated in witch craft, by virtue of owning a cat. Thus, being a cat-owner became a high risk occupation.

As hysteria over witchcraft grew, persecution of cats and cat-owners continued for the next couple of centuries. But in the early 16th century, and the court of King Henry VIII one man was not afraid to like cats – Cardinal Wolsey.
Thomas Wolsey was born in 1473, the son of a cattle dealer and butcher. The young Wolsey studied at Oxford University and joined the church. Obviously a man of talent, he became chaplain to the archbishop of Canterbury and then entered the household of King Henry VII.
This Tudor monarch was prepared to favor talent for its own sake rather than solely promote the nobility, which found Wolsey in the right place at the right time.

Wolsey quickly established a reputation for intelligence, diligence, and diplomacy. When Henry VIII succeeded his father to be king of England, it was natural that he appointed Wolsey as Almoner. The latter’s efficiency and ingenuity won Henry’s trust, so that Wolsey rose and rose, eventually becoming Chancellor and dominating the Royal Council.
But at a time when being a cat lover was dangerous, the Cardinal was just that. He had several and they were said to keep him company whilst he worked hard on the King’s business. A cat also sat with him during mass, behaving impeccably and providing quiet comfort. A cat was often at his side during formal meetings.  Indeed, Wolsey was said to take two cats along when he accompanied the king of royal progress. It seemed people exercised tact rather than point out the link between cats and witchcraft to one of the most powerful men in England.


Wolsey’s story came to an unhappy end, but it was nothing to do with cats. When he failed to do what Henry wanted most – to secure his divorce from Catherine of Aragon so that he could marry Anne Boleyn. This saw Wolsey dismissed from his position as Chancellor on 22nd September 1529, and a rapid fall from grace saw him stripped of most of his assets. He died in 1530 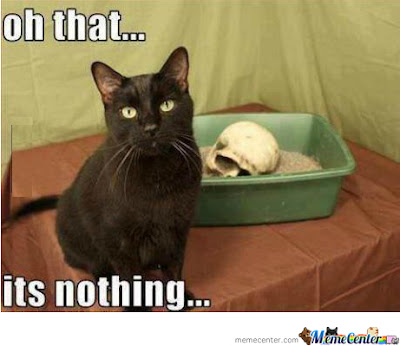