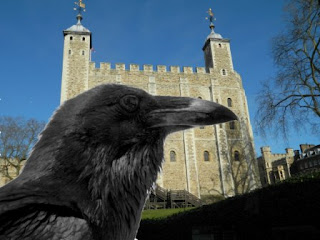 's most famous ravens are those that live at the . Legend has it that if the six resident birds left the Tower then the kingdom would crumble and fall into the waves. It seems King Charles II decided to take chance out of the equation by protecting the Tower's ravens and encouraged them to stay. The story goes that the royal astronomer, John Flamstead, was less that thrilled by the monarch's decision, complaining that the birds got in the way of his observations in the .


In the modern day seven ravens (one birds is a spare!) are looked after the Ravenmaster. Their wings are clipped so they cannot fly away but despite this, occaisionally one goes AWOL or is sacked. A raven called Grog diseappeared, last seen outside an pub, whilst another called George was dismissed for chewing television aerials.

But ravens have been associated with mythology and legend for at least a millennia before the first stone of the was laid down. In Norse Mythology, a pair of ravens, Huginn and Muninn, were the familiars of the Norse god, Odin. It was their job to fly out at dawn, collecting gossip from around the world and return to their master at dusk. A poem compiled in the 13th century, from earlier sources, tells of Odin's affection for the birds:


Huginn and Muninn fly each day
over the spacious earth.
I fear for Huginn, that he come not back,
yet more anxious am I for Muninn


In , medieval folk lore linked the appearance of a raven to predicting an impending death. It was said that a bird perched on a house of a sick person was sure sign they would not recover. It's possible this reputation came about because ravens eat carrion and therefore have a reputation for sniffing out death - an impression heightened when farmers report having seen ravens hovering near injured sheep, waiting for them to die so they can feast.
Perhaps it is their sinister cawing, or the jet black nature of their plumage, but from Virgil writing in 40BC, to Pliny the Elder in AD 77, and indeed William Shakespeare in the early 17th century (Macbeth) - ravens are regarded as prophetic or agents of death.


"The raven himselfe is hourse
That croaks the fatall entrance of
Under my battlements."


But if you think yourself immune to such superstition, who has not heard this rhyme about magpies ?(a member of the corvid family and a relative of the raven):
One for sorrow,

Two for joy,
Three for a girl
And four for a boy."
It seems the magpie is beleaguered so because, according to Christian folklore, the magpie was the only bird to remain silent and not sing to comfort Jesus at his crucifixion. Perhaps even more sinister is Scottish ore that holds a magpie keeps a drop of the devil's blood beneath his tongue!


So if you meet that most portentous of sights, a lone magpie, how can you diffuse it's evil influence?  Simple! You talk to him, saying:


"Morning, Mr Magpie, and how is your wife?"


Hence invoking the presence of a second bird and converting sorrow to joy! London Then and Now: Hogarth's House

And finally, if you are going to use someone's name - at least do them the decency of making the building worthy of it!
Posted by Unknown at 02:28 5 comments: 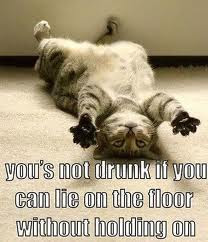 As an avid reader of historical romance novels, one of my favourite authors is Elizabeth Hoyt and her '' books. Set in the Georgian period the series is based around an orphanage in the notorious St Giles district of London. This was a district known for its squalor and poverty, a place where criminals thrived and gin-selling flourished. The Georgian artist William Hogarth created '' as a piece of social comment on the squalor and lawlessness of St Giles, and after reading Ms Hoyt's books, I looked at the etching with fresh eyes. 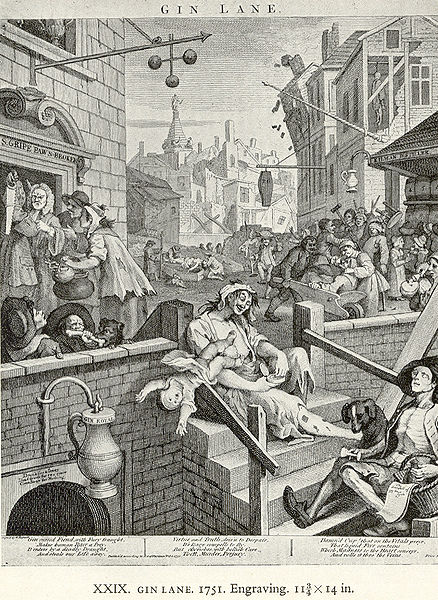 The focal point of the picture is the half-naked woman in the foreground. In a drunken stupor she is careless of her baby, who falls from her arms into the cellar of the neighbouring gin shop (note the jug-shaped shop sign - to alert those who couldn't read as to where they could purchase alcohol) The woman is shown with sores on her legs, probably syphilitic ulcers, the implication being that she is a prostitute. 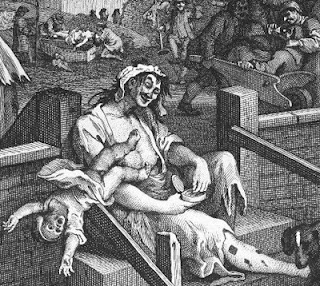 Sadly, this scene is not as outlandish as it might appear. Records exist of a woman, Judith Dufour, who reclaimed her child from the workhouse and then strangled it, in order to sell the child's clothes (for 1s. 4d.) in order to buy more gin.


In Hogarth's painting, languishing in front of the disreputable mother is a skeletal pamphlet-seller. He rests with his eyes closed, glass in hand (from which he drank gin?) whilst a leaflet titled "The Downfall of Mrs Gin," moralising about the evils of alcohol, spills from his basket. 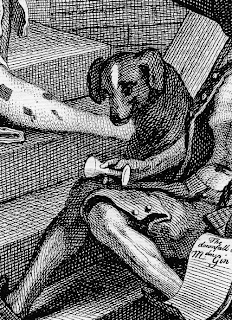 To the left of the picture is Mr Gripe's pawnbrokers shop. He is buying a carpenter's tools and a housewife her cooking pots, supplying them with money to buy their next drink. 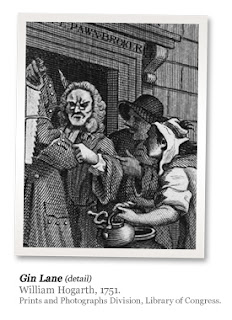 If you look carefully, in the top right hand corner of the painting is a barber, who has hung himself because no one has the money for a shave. Apart from gin-sellers and pawnbrokers, the only other business to survive is the undertaker (again, note the coffin-shop sign) kept busy by gin-related deaths.
Intriguingly, the artist Hogarth worked with a philanthropist called Thomas Coram who established the in . Going back to Ms Hoyt's 'Maiden Lane' books, these also feature a charitable orphanage and this link made me wonder if original the inspiration behind Ms Hoyt's Maiden Lane series, came from seeing Hogarth's work and reading his support for orphans and foundlings.


Have any of you read the books? Which is your favourite?

Unofficial London: In Search of Almack's 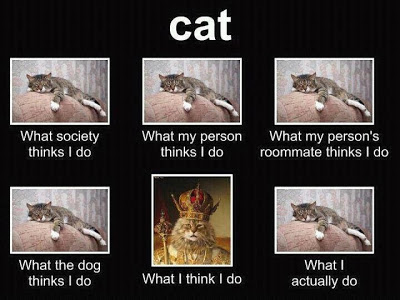 In Georgian and Regency England, if you were an aspiring socialite then Almack's was the place to be seen. It was there that select ladies might dance with the most eligible bachelors in , and to be admitted implied you were a member of the coveted social elite. It could be argued Almack's was a triumph of marketing over content; the food was stodgy, the drink ( non-alcholic) was nothing special and yet it was the pinnacle of aspiration for a young lady on the hunt for a husband.
Balls were held once a week during the season, on a Wednesday evening, and entry was via a voucher purchased for  the season at a cost of ten guineas. However, it was not cost but the difficulty of obtaining a voucher that was the challenge. The idea of the Almack's patronesses was to make good-breeding and social standing the criteria for entry and hence keep out the undesirable nouveau riche. But not even being a member of the nobility guaranteed acceptance, for only about three-quarters ever gained vouchers.


In order for your name to be put on the list you must be approved by one of six or seven 'patronesses' - all high-born ladies, of whom Lady Jersey was in command. Even once your name was placed on the hallowed list of two thousand members, you could still be excluded if your behaviour fell below that expected. These seven autocrats met each Monday evening between April and August to discuss those members whose poor behaviour may cause them to be barred.  Indeed the Duke of Wellington was once refused entry for being too late (last entry at 11 pm and he arrived at 11.07 pm) and wearing trousers instead of the regulation knee-breeches and silk stockings.
If once to Almack's you belong,

Like monarchds, you can do no wrong;
But banished thence on Wednesday night,
By Jove, you can do nothing right.
Henry Luttrell
So what remains of Almack's to this day? On a recent trip into I visited in search of the once famous building. What I found was a glass and steel edifice bearing a once illustrious name. Being a romantic, I wonder if on a very quiet night, when all the lights are off and there is no traffic, you can still here the echoes of the orchestra playing a cotillion... 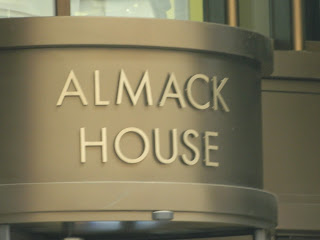