I have very big feet – but I am six foot tall – and recently I treated myself to a new pair of party shoes - not sadly the gorgeous cat shoes shown above.
Since I’m currently researching life in the Georgian period (for a new series of romances) it seemed appropriate to post about shoes in the 18th century.

When George I acceded to the throne, ladies shoes were highly ornate. They were often made from fine brocade fabric, embroidered silks or painted leather and had detail such as curved heels and latchets (straps across the instep to keep the shoe on.)

Since the materials used were not made to withstand to mud and ordure of the street, the Georgian woman about town would slip a pair of clogs on over her shoes, in order to protect them.

To ornament the shoes people added large bows, cockades, fabric flowers or jewelled buckles (real or paste stones depending on the wearer’s budget!) The buckles were detachable and stored in custom-made boxes to keep them safe when not being worn. The decoration included contrasting bindings, latchets and decorated heels.

In the early part of the 18th century both men and women wore high heels – the height of the heel equated with the wearer’s social status. The “Louie” or French heel was popular early on – these were carved from a wooden block and curved in to flare out at the base. In the 1770’s heels were short and narrow and gradually evolved into a shape similar to the modern kitten heel.
The French Revolution in 1782 perhaps promoted a fashion for ‘flatties’ to show that everyone was born on the same level. By the 1810’s there was a stark contrast with the shoe of a hundred years earlier. In keeping with sleek regency gowns, the accompanying shoe was often light, flexible and held on with ribbons – the forerunner of the modern ballet pump.

The shoes themselves were ‘straights’ meaning there was no distinct left or right. Men were not immune to the vagaries of fashion.
In the late 17th and early 18th century when wealthy gentlemen wore brightly coloured silks embellished with embroidery, the effect was set off with high heels.


And finally, as  the decades passed and men's clothing became more sober, so did their shoes. Heels lowered and the emphasis moved to become more practical with shoes made of leather and ornamented with removable buckles.

A shorter post today as I am recovering from a migraine.
At the age of 64, in 1814, she declared herself pregnant with ‘the Prince of Peace’ and that she would give birth to a messiah, called Shiloh. She implied the child was the result of divine conception by “the power of the Most High” and her offspring would “rule the nations with a rod of iron.” However, it seems likely that Joanna’s swollen belly was actually a huge tumour since no baby was forthcoming and she died at home in Manchester Square in December 1814. 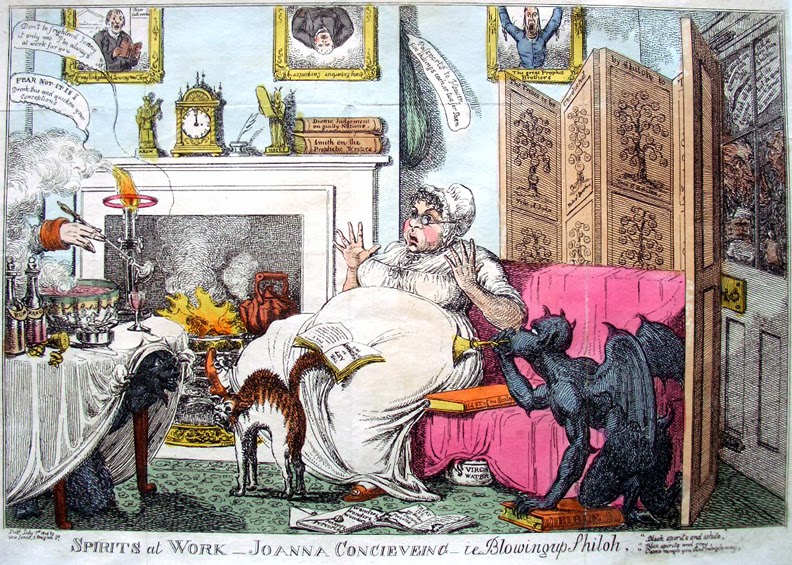 1814 was a busy time for the square as it was rumoured another famous resident lived there.
“There is at present a report in London of a woman, with a strangely deformed face, resembling that of a pig, who is possessed of a large fortune…”  The Times 1714
Apparently many hundreds of people sought out this poor woman, including Lord Kirkcudbright – who being hunchbacked and dwarfish wanted to sympathise with someone equally challenged in looks. However, for whatever reason the pig-faced woman was a hoax, perhaps created by the media to make the point of how easily people were led.
“The pig’s face is as firmly believed in by many, as Joanna Southcott’s pregnancy, to which folly it has succeeded…there is hardly a company in which this swinish female is not talked of, and thousands believe in her existence.” 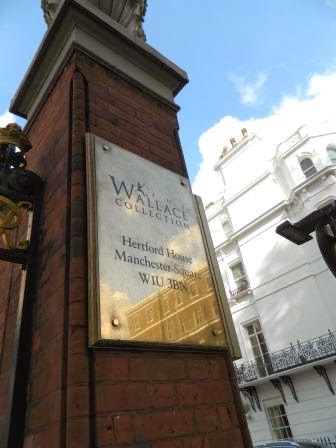 London Then and Now: Southwark

This may interest only me…
Four weeks ago my son left home and moved into a flat in Southwark. After the long walk from London Bridge tube station to his new abode, my appetite was whetted to investigate the history of this part of South London.
The history of Southwark predates the Norman Invasion and it appears King Cnut granted Earl Godwin a third of the profits taken the river trade (the king had the other two-thirds). But Godwin’s rites lapsed after his death and his successive generations more or less constantly petitioned the crown for restoration of this valuable privilege. From the 1100’s to the 1500’s a variety of noblemen coveted the tolls and taxes raised from traffic on the Thames. But by the 1550’s King Edward VI had largely absorbed Southwark into the city of London and put it under the same rule of law as the rest of the capital.
In Georgian times people were in no hurry to live on what was an area of marshy scrubland. However, industry flourished on the banks of the Thames – powered by water mills. The area was especially well-known for leather production but tanneries used dog faeces and human urine for part of the process and emitted vile fumes. Indeed, the south bank of the Thames was described as ‘hideous’ with ‘dank tenements, rotten, wharves and dirty boat houses.’
In 1622 the leather dressers of Southwark petitioned against the damage done to their trade by an influx of Dutchmen leather workers who did not serve that same apprenticeship and undercut their prices.
Up to about 1780 the built up parts of Southwark centred on the south end of London Bridge and the rest of the borough was relatively rural, encompassing an area of land on the south side of the Thames including Borough,  Bermondsey and Bankside. The latter, Bankside, was the traditional home of bear-baiting, and although this cruel sport was banned under the Puritan’s with the Restoration the Bankside Bear Garden was resurrected. However, Borough had a gentler reputation - for trading in fruit and veg.
Borough Market sold market-garden produce grown in Kent and Surrey. Not to be outdone Southwark was also famous for hot house fruits. In 1755 an article in the London World notes:
‘Through the use of hothouses…every gardener that used to pride himself in an early cucumber can now raise a pineapple.’  Borough Market still exists to this day – as does another vibrant place of outdoor commerce, East Street Market (which is near my son’s flat) and sells everything from cutlery to bowls of fresh fruit, and second hand clothing to fake perfume.
In Georgian times Southwark held a fair so well-known that it caught the interest of William Hogarth. His etching of Southwark Fair is evocative of the lively, bawdy atmosphere and denotes some of the local characters. Can you spot the famous gingerbread seller, Tiddy Doll? (He wears a hat with an enormous feather and gold lace banding.) Tiddy was such a character that James Gillray also recorded him in a print ‘Tiddy-Doll the great French Gingerbread-maker, drawing out a new batch of Kings.’  Apparently Tiddy was so popular he leant his name to a number of London eating houses - the last of which closed in Mayfair in the late 1990's.
As to modern times? Much of the area is undergoing redevelopment, as shown by the lovely Burgess Park with its lake, barbecue areas and skate park. The atmosphere is relaxed and the people friendly, and I can’t wait to explore further – including the nearby area of Vauxhall… (More of this another time.) 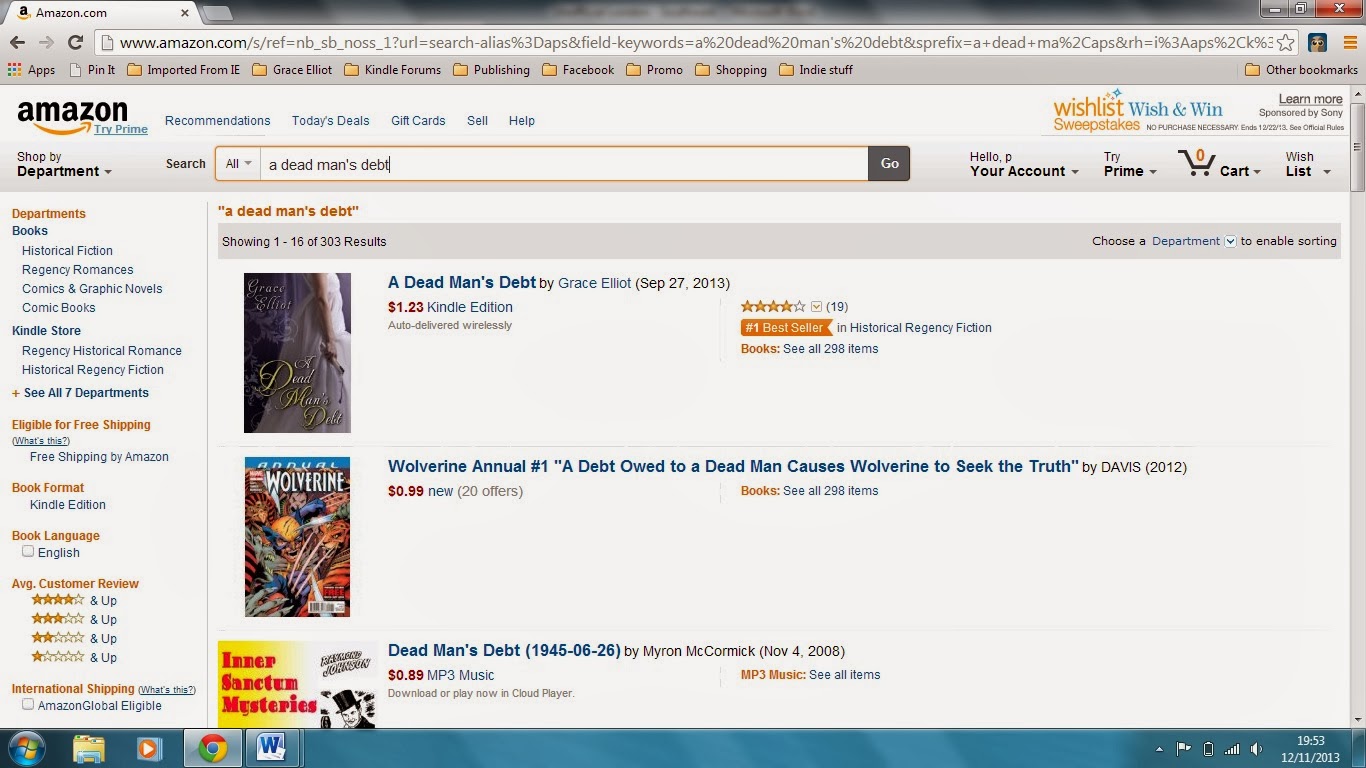 Please forgive my self-indulgence but moments like this don't come along very often -
just had to share.
Posted by Unknown at 12:00 No comments:

Unofficial London -Then and Now - Bloomsbury

After a recent visit to the British Museum, Bloomsbury, I became intrigued by the history of the area. It is perhaps surprising but this affluent part of London was not always so. Prior to the 1620’s Bloomsbury was part of the parish of St-Giles-in-the-Fields – a place notorious for its lack of law and order. In the early 1700’s things got so bad that something had to be done and so the area was redeveloped. A new parish church was commissioned, designed by Nicholas Hawksmoor for a cost of £9,700 – the project went a mere £3 over budget!  The improvements were a success and the area continued to expand northwards across marshy fields and farmland. The population expanded form 136 houses in 1624 to 3,000 by the end of the 18th century.
‘The fields where robberies and murders had been committed, the scene of depravity and wickedness the most hideous for centuries, became…rapidly metamorphosed into splendid squares and spacious streets; receptacles of civil life and polished society.’
If the mention of Bloomsbury seems familiar, it might be because it is the home of the British Museum. It was the collection of ephemera by a medical practitioner, Hans Sloane, that formed the back bone of this institution. He was an avid collector of artefacts and on his death in 1753, suitable permanent housing needed to be found to protect his acquisitions. King George II declined to help and so the trustees petitioned Parliament to secure the collection for the nation. This they did with success and combined Sloane's artefacts with the Edward Harley’s library and the Cotton Library, in a building not far from Sloane’s old house.
The newly formed British Museum was opened on 15 January 1759 and tickets stated: ‘No money is to be given to the servants’ hinting that some employees fancied themselves as tour guides.
The area around the museum used to be a farm run by two eccentric sisters. As the area was developed the Capper sisters farm disappeared beneath the building of the new University College, whilst the farmhouse stood on Tottenham Court Road – it was used as a storeroom until 1917, when it was demolished and eventually Heal’s built on the same site. Apparently, Bloomsbury Square was established on the site of the Capper's cow field!
Bloomsbury Square was one of London's first designed garden squares. Originally it was known as Southampton Square, created to be in effect a large forecourt for Southampton House standing opposite. But the marriage of the Duke of Bedford to the Duke of Southampton's daughter, saw a name change to Bloomsbury Square. In the early 18th century the garden was merely a rectangular patch of grass with paths cutting across it. In the early 1800's, landscape designer Humphry Repton was commissioned to face-lift the gardens and created oval flower beds in each corner and a perimeter of lime trees.
Prior to the World War II the gardens were enclosed by iron railings and only open to residents. As part of the war effort the railings were melted down for the manufacture of ammunitions, and in the 1950's the gardens officially opened to the public. In the 1970's an underground car park was built beneath the square and a new landscape scheme created which further lost Repton's design.