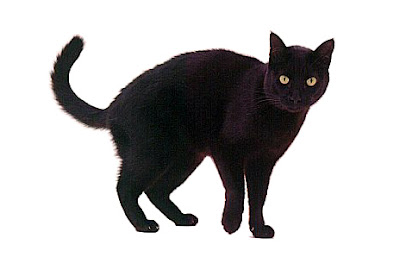 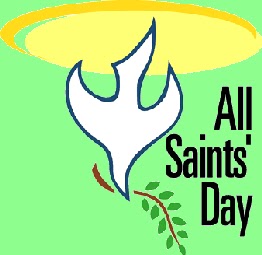 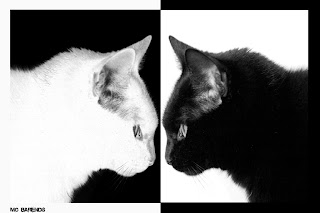 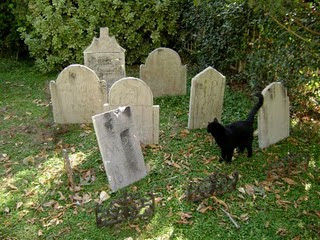 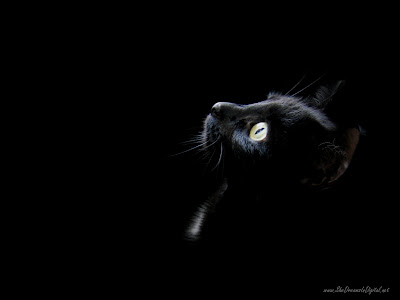 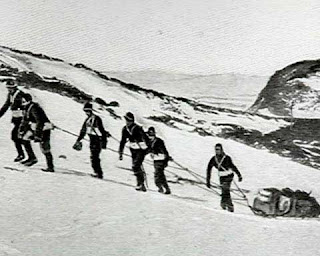 Happily in 2004, the New Zealand Antarctic Society rectified their separation and commissioned a statue of Mrs Chippy to rest on Henry Nc Neish's grave.-
Posted by Unknown at 07:32 1 comment:

﻿﻿﻿Today's blog post looks at the stunning work of artist, Jeff de Boer.
﻿﻿﻿Jeff is a Calgary based artist whose career orginated in making suits of armour for people. Later, when studying at the Alberta College of Art and Design, he married his two interests in a sculpture project - by making a suit of cat armour. 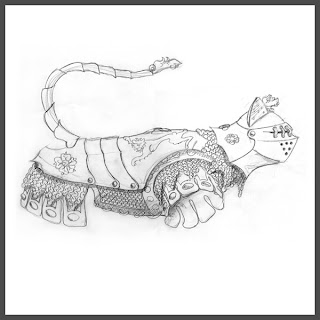 The artist first draws the suit he has visualised. Then using sheet metal and jewellry makers tools he slowly bring the sketch to life, starting with the helmet and working backwards so every piece is in proportion.
﻿﻿﻿﻿﻿﻿﻿﻿ ﻿﻿﻿﻿﻿﻿Materials used to create one of these materpieces include; aluminium, brass, copper, nickel, silver, aluminium, jewels such as jade and textiles like leather.
A suit of armour for a cat takes between 50 to 200 hours to make.
Not content with the challenge of cat armour, Jeff also designs armour for mice - hence restoring some balance to the universe.
To make a suit of silver mouse armour takes around 20 hours, and to polish it 10 hours.


I'm sure you will all agree that Jeff's work is utterly stunning both in execution and idea. Many thanks for Jeff de Boer and more of his work can be viewed at his website:
http://www.jeffdeboer.com/
Posted by Unknown at 05:48 3 comments: 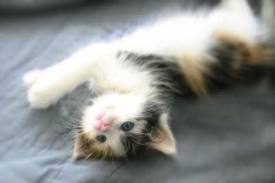 I'm not an ailurophobe. Quite the opposite in fact.
How about you?

An ailurophobe is a person with 'an irrational fear or hatred of cats.'
The term was first used by the Greek historian, Heroditus, after describing all the cats he saw in Egypt as 'tail wavers' or 'ailuroi.' 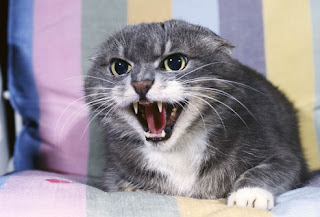 William Shakespeare was evidently an ailurophobe.


'I can endure anything but a cat,
the only good cat is a dead cat.'
But Shakespeare's dislike of cats was but as nothing compared to Napoleon Bonaparte's fierce fear of felines.
The French Emperor's Fear.
At the Battle of Wagram, an Aide de Campe heard cries for help coming from Bonaparte's tent. Fearing for his leader was in mortal danger, the Aide drew his sword and entered to find Napoleon sweating profusely and stabbing the air because a stray cat had wandered in.
Evidently this fear was no secret. On another occaision a political opponent wrong footed Napoleon in an important debate merely by mentionning a cat!
My favourite Napoleon story comes from after his defeat at the Battle of Waterloo. Exiled by the British to the island of Saint Helena, Napoleon's residence was the damp, vermin infested estate at Longwood.
'Rats...came out at night...so thick as the floor appeared black.' 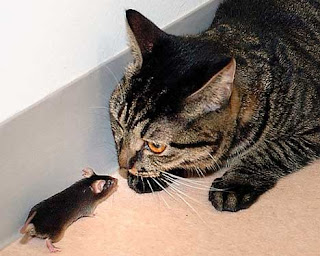 Reports filtered back to England that the Emporer had been biten by a rat. Ever compassionate, and perhaps knowing of his fear, it was decided to send a ship load of cats to St Helena. Posters were put up in market places offering sixpence per cat; strays and farm cats were rounded up by the wagon load, and promplty despatched to help with the infestaton. One can only imagine Napoleon's reaction when this cargo arrived at St Helena.
Sir Walter Scott - a reformed ailurophobe.
18th century historical novelist and poet, Sir Walter Scott, came to like cats in later life.
'The greatest advantage of old age I have yet found is liking a cat, an animal which I previously detested.'
He wrote further:
'I suspect many an ailurophobe hates cats only because he feels they are better than he is - more honest, more secure, more loved, more whatever he is not.'
I cant argue with that!
﻿
Posted by Unknown at 13:36 3 comments:

Grace Elliot - blog.: HISTORICAL SLANG.: "5th October 2010. 'DAYLIGHT ROBBERY.' Surpisingly, the origin of the term 'Daylight Robbery' isnt as obvious as you might suppose. 'Dayli..."
Posted by Unknown at 03:15 No comments: