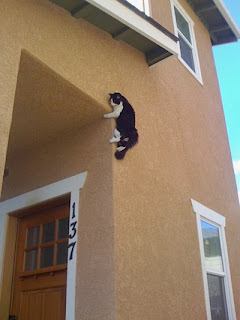 I'm not good with heights - in fact, that's something of an understatement. The number of historical buildings that I have exited on my bottom, for fear of open staircases and exposed battlements is a long one. Numbered amongst these is The Monument in - but for once it seems I am in good company. 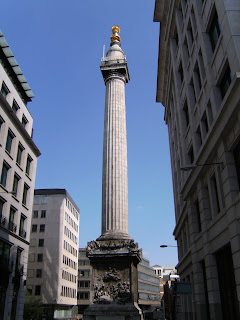 James Boswell, writer, visited The Monument in 1762. Half way up the 311 stone steps he suffered a panic attack (can't say I blame him. The Monument feels like a tall stone tomb inside with a dizzying spiral staircase - I got less than half way before I froze and could go neither up nor down - stuck against the wall while people pushed past…but that's another story.) Boswell did better than me and overcame his fear to reach the top to see what was to be seen from what was in the 18th Century the highest viewpoint in .
His opinion was less than glowing:
"Horrid to be so monstrous a way up in the air, so far above and all its spires."
A rash of suicides meant the viewing platform was caged in 1842. 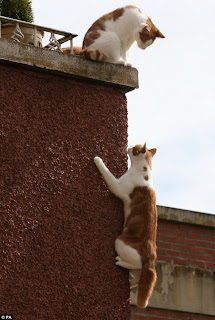 So what is the Monument?
As well as being the tallest isolated stone column in the world, at 202 feet. It stands as tall as it does distant from the start of the Great Fire of London, in a baker's shop in , 2 September 1666. Built on the site of Margaret's Church (the first church to be destroyed in the fire), , it commemorates the Great Fire.
Designed by Sir Christopher Wren (designer of 's Cathedral) and Robert Hooke, Wren wanted to put a statue of King Charles II at the top. But king declined pointing out:
"I didn’t start the fire."
Instead, a flaming urn of gilt bronze placed on the summit. 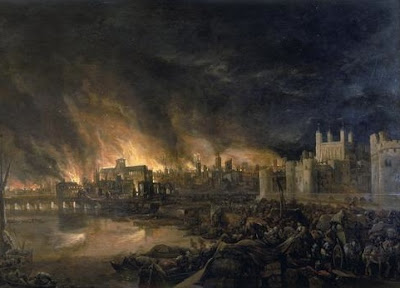 During the Great Fire itself surprising few lives were lost but 13,000 homes destroyed and great swathes of raised to the ground. However, the damage was more extensive than necessary because superstitious people refused to fight the fire, Charles Mackay explains in his 1841 collection, Extraordinary Popular Delusions and quotes from eye-witness accounts:
"The writer, who accompanied the Duke of ….through the district between Fleet-bridge and the , states that their efforts to check the progress of the flames…were much impeded by the superstition of the people." 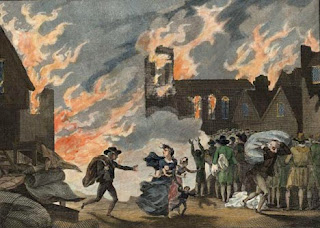 It appears there was a widely held belief at the time that Mother Shipton prophesied that:
" in sixty-six will be burnt to ashes."
Those that should have known better even convinced others to do nothing.
"A son of the noted Sir Kenelm Digby…persuaded them that no power on earth could prevent the fulfilment of the prediction, for it was written…that was to be destroyed."
So people stood back and watched, instead of acting to prevent the disaster. 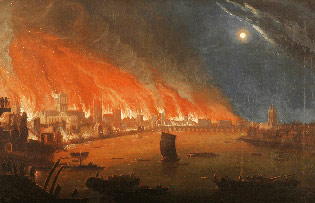 "Hundreds of person, who might have rendered valuable assistance and saved whole parishes from devastation, folded their arms and looked on. As man …with less compunction, gave themselves up to plunder the city."
Charles Mackay.
So finally, harking back to my abortive attempt to climb the Monument, who else has had an embarrassing experience in a public place? 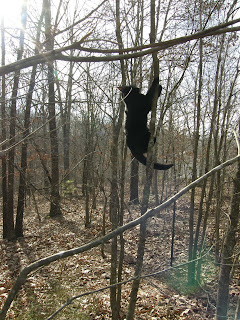