I’m guardian to a black cat: Lucky for me but not so lucky for the mice he eats (they don’t see him coming.) 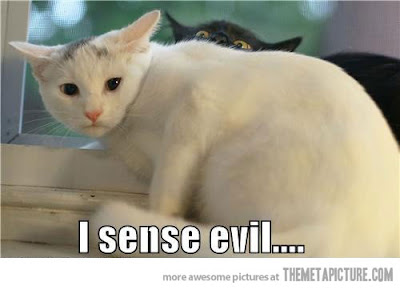 “It is a very unfortunate thing for a man to meet…an ill-favoured woman, a rough-footed hen, a shag-haired dog, or a black cat.” 1620 Anon

In the UK the image of a black cat is commonly used as a notation for good luck, but this hasn’t always been the case. Indeed, whether a cat brings good fortune or bad depends on location, historical period, and the circumstances. 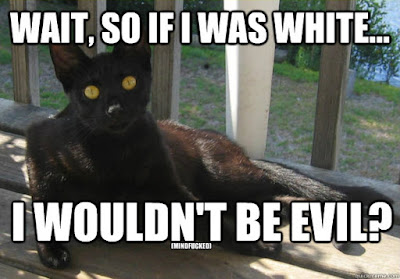 For example, at the beginning of the 20th century in Yorkshire fishing village it said a black cat brought good luck when strolling through the village, but was a bad omen on-board ship. Interestingly, having a horseshoe (another symbol of good luck) also became a harbinger of doom when on a ship, so perhaps water brings about a reversal of fortune. 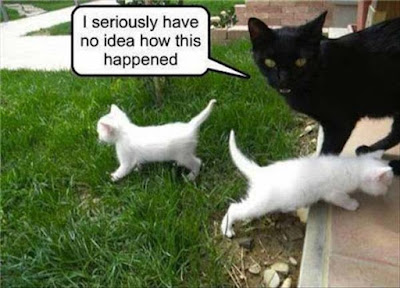 But oh the inconsistencies!
In 1890, John Nicholson wrote about local folklore and observed:
“It is considered lucky to have [own] a black cat, but unlucky to meet one.”

It seems the situation in which you encounter the cat matters, and there are a number of superstitions that are influenced by the cat’s ‘direction of travel’. For example, a black cat crossing your path is lucky, but to drive a cat away from your door is unlucky.
“An Oxford landlady told us …she had driven a black cat away from her door…and since then she had buried 23 relatives.”  Wright. 1913 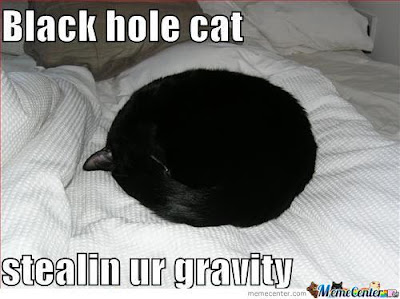 However, a black cat crossing your path is lucky is a little perverse, because the explanation is the cat attracts the bad luck to his unlucky shoulders, thereby freeing you of the burden.

To find out why black cats are so steeped in superstition we need to go back to the days when cats were persecuted by the Christian church. The sleek, mysterious, and enigmatic cat became associated with witches, and black cats especially so. With an undeserved reputation for being witches’ familiars, the black cat’s coat colour doubly linked to the devil. And with severe punishments for being found guilty of witchcraft, you could say it was unlucky to own a black cat. 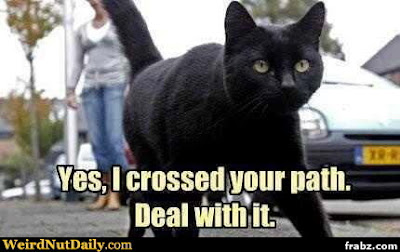 To put a modern twist on things, rescue shelters find it more difficult to home black cats than others. This isn’t for any reasons of superstition, but because they are more difficult to photograph and get a good picture. And with the popularity of social media everyone wants to share photos of their cat…so they pick any colour but black. Shame!
Posted by Unknown at 11:41