The Canary Isles ....going to the dogs.

I’m on vacation and so when choosing a topic for my weekend blog post, my thoughts turned to that popular holiday destination of the Canary Isles (OK, I know it’s a tenous link.) But, if like me, you assumed these Spanish islands, located off the north-west coast of mainland , were named after small, brightly coloured birds – just like me, you’d be wrong.
In the first century BC, the Romans sent an expedition, their findings reported back by Pliny the Elder:


“The [is] so-called from the multitude of dogs [canes] of great size.”


‘Canary’ dervies from the Latin for dog, ‘canis’, from which our word ‘canine’ is derived. There is also an association with a North African tribe called ‘the Canarii’, so called by Pliny because:


“They partake of their food in common with the canine race, and share with it the entrails of wild beasts."

Subsequent explorers sent by King Juba II of , returned to present their paymaster with two of these giant dogs. Some accounts now speculate that these so-called-dogs were actually a species of Monk Seals (or ‘Sea-dog’ in Latin.) – now sadly critically endangered and no longer resident on the Canary Isles.
Canary birds do come from the , but it was a case of cart before horse, as explained Virginia Sliverstein in her book, ‘Beautiful Birds’ –


“Canaries were named after the , and not the other way round.” 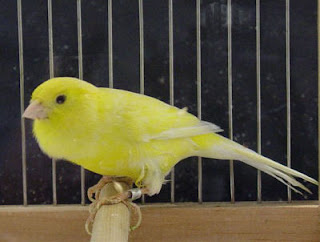 So there we have it, some not-too-taxing holiday trivia. Enjoy! 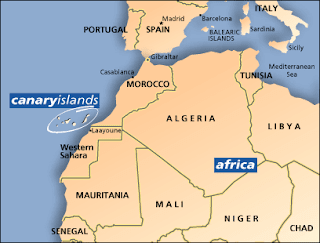