The Great Seducers - The COQUETTE. 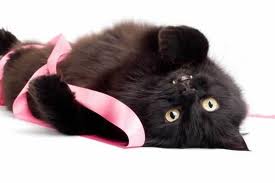 Next on the list of this catalogue of seducers is the coquette.
"There are indeed men who are attached more by resistance than by yielding."

Imbert de Saint-Amand.
It is a reflection of human nature that for some an easy conquest holds lower value than a difficult one. The power of the coquette is in enticing her victim whilst herself turning away, thus making her prey come to her. She is mistress of arousing insecurity by using her inconsistency, and knows that should her quarry become angry, this is a sign he is under her spell.

"She who would long retain her power must use her lover ill."

Ovid.
Some may say the coquette is a tease, who cares more for herself than others, but it is this selfishness which draws people to her. Men are challenged by the coquette's independence, desiring to be the one to enslave her…whilst it's far more likely he will become the victim. She is not emotionally needy and this self-sufficiency is surprisingly attractive, especially to powerful men who are more used to women throwing themselves in their path than having to work to get attention.

Coquettes are never jealous, but arouse jealousy in others, often by showing interest in a third party and creating a triangle of desire.
Let us take as our example of Josephine Beauharnais, who eventually married Napoleon Bonaparte.
"Josephine had to deal with a conqueror and that love resembles war. She did not surrender, she let herself be conquered. Had she been more tender, more attentive, more loving, perhaps Bonaparte would have loved her less."

Imbert de Saint-Amand.
A vicomtesse, during the French revolution she narrowly escaped execution. Josephine was languorous, exotic and sensuous with a reputation as a loose woman, whilst Napoleon was shy and believed in marriage. She invited Napoleon into her glittering social circle, and although he felt uncomfortable amongst the great writers and wits, she singled him out and thus made him feel special. She wrote him passionate letters, but when he called she seemed cold and reserved…and so the challenge was issued to a man who loved nothing better than a battle.
But when Josephine eventually married Bonaparte, his troubles were only just beginning. Two days after the wedding Napoleon left to lead a campaign in northern against the Austrians. He wrote to his new wife,
"You are the constant object of my thoughts. My imagination exhausts itself in guessing what you are doing."

But she wrote back infrequently and her letters lacked passion, which drove him to distraction. Napoleon threw this frustration into war against the enemy, whilst his letters to his wife became ever more desperate.

"I work to get near you; I kill myself to reach you."


In short, Josephine became a motivating force behind the army's victory. When they eventually did meet, Napoleon spent long hours in a darkened carriage with his wife, whilst his generals fumed as meetings were missed and orders went unissued.
Later Napoleon wrote:

"Never has a woman been in such complete mastery of another's heart."

Despite rumours of Josephine taking lovers, Napoleon eventually made her empress and on his deathbed, reportedly the last word he uttered was:
"Josephine!" 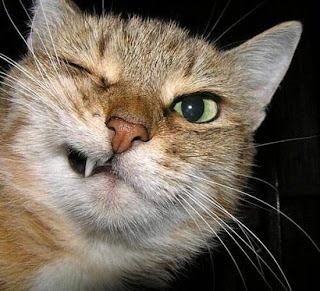 Next week: The CHARMER
Posted by Unknown at 11:36