The Great Seducers - The STAR. 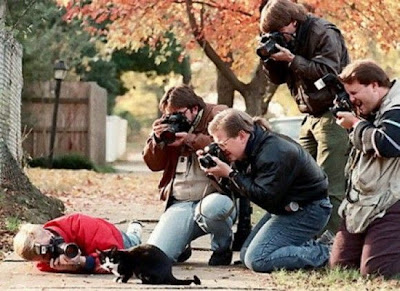 "She had the one essential star quality: she could be magnificent doing nothing."
Lili Darvas (actress) on Marlene Dietrich.
The star represents the real and the unreal. The cinema star is a creation of a real actor in an imaginary role, that appeals to the need of the viewer for escape from the monotony of life. What the true star knows is how to carry this experience over into real world beyond the cinema screen, and appeal to the fantasies of those watching.
"The collective seduction produced by modern times is that of film stars or cinema idols. They were our only myth in an age incapable of generating great figures of seduction comparable to those of mythology or art."
Jean Baudrillard.
Stars stand out from the crowd, they draw attention just by being present.
They are ethereal, unobtainable and represent whatever our imagination superimposes on them. Stars have that power by projecting a glittering, desirable but elusive quality.
This is perfectly illustrated by the story of the young actress, Marlene Dietrich at a casting session. Whilst the other girls tried to catch the casting director's eye, she merely stood, smoking a cigarette with slow, languid gestures. She had a sinuous way of moving, even a coldness in her eye, that marked her apart and by the time she came to the front of the line, she had already got the part. 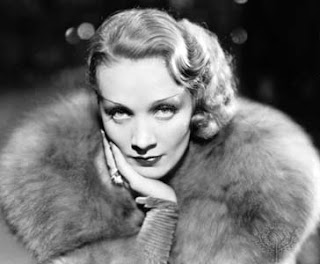 "The cool, bright face which didn’t ask for anything, which simply existed, waiting….One could dream into it anything."

Erich Remarque on Marlene Dietrich.
What Dietrich had learnt was to be aloof, and by being still, she drew attention. She also challenged those looking at her, staring directly at people, in an almost masculine way. She created a provocative aura that meant eyes followed her every move and when she was on stage everyone watched her. But this was no accident, she studied her facial expressions from every angle, taking photographs and angled mirrors, to visualise how she appeared to others, nothing was left to chance. In other words, even when she wasn’t on stage, she was acting. She saw herself as an object, much like a statue of a greek goddess, and learnt to radiate and dazzle with her movements and facial expression.
﻿﻿
"The savage worships idols of wood and stone; the civilized man, idols of flesh and blood."
George Bernard Shaw
Posted by Unknown at 03:34