Les Miserables - Who Was the Real Jean Valjean?

A self-indulgent post today because of my infatuation with "Les Miserables" the movie.

Whilst researching Les Mis, I discovered that Victor Hugo based the main protagonist, Jean Valjean, on a man called Eugene Francois Vidocq. This is just too interesting to pass by and so I looked further into the life of .


Firstly, a little about Jean Valjean.


We meet Jean Valjean in the movie's stunning opening scenes, as a convict, working to haul a warship into dry dock. He was imprisoned for stealing a loaf of bread to feed his sister's child, and after a 19 year sentence, is at last free. But freedom is a relative word when you have nothing and Jean Valjean steals from the one man who shows him kindness, Bishop Myriel. But the bishop's forgiveness is a turning point for Jean Valjean who resolves to use his good fortune to help ease the suffering of the poor.
Some time later Valjean has taken on the appearance of a respectable man, running a successful business. He is however, officially a criminal as he broke the terms of his bail agreement, and is being hunted by his enemy, the police commissioner, Javert.

When one of Valjean's employees, Fantine, is dismissed and turns to prostitution to support her daughter, Cosette, Valjean is shocked to discover the depths to which she has fallen. Then Fantine dies and in reparation for her dismissal and ultimate plunge into poverty, Valjean adopts her daughter, Cosette, to raise her as his own.


Valjean has many brushes with arrest but wherever he goes, and wherever he hides, he becomes known for his generosity to the poor. Ultimately, his selfless love for Cosette leads him to the barricades during a rebellion; in order to protect the man she has fallen in love with, Marius. Indeed, Valjean saves Marius' life, even though he fears the young man with supplant him in Cosette's affections, and when they marry he leaves so as not to shame their union with the sins of his past.


So what of the real Valjean - Eugène François Vidocq ?


Whilst Vidocq's life is very different from that of Valjean, they do share a common start in criminality, and a moment of redemption when they change their ways. They both remained on the run for most of their lives, and both were haunted by the shadow of their past. Indeed, Vidocq turned from being a thief, to creating a detective force - and in Les Miserables, Valjean's nemesis, Jarvet, is in part based on this side of Vidocq's character.
By all accounts as a child Vidocq was a tearaway - first he stole his family's silver and then money from the cashbox at his father's bakery. His escapades as a young man found him constantly in and out of jail, he joined the army but deserted and was generally led a dissolute and untrustworthy life.

Vidocq's turnaround came when he fell in love with a widow. His crimes meant the couple were perpetually on the run, and the final straw was witnessing the execution an old comrade, César Herbaux. When Vidocq was yet again arrested, he pledged to give up his criminal life in order to turn police informant. He was sent to jail - but as a police spy- and after 21 months of loyal service to the authorities, was freed.

As a reformed man Vidocq opened a factory that employed only ex-convicts, male and female. This caused a huge scandal and sadly, the venture didn't last long as customers refused to pay the full price for goods, insisting he had used cheap labour.

Vidocq then worked openly for the police, using his knowledge of the criminal underworld to help the law enforcers. It was his methods for examining a crime scene and his knowledge of ballistics that led to the birth forensic science.


Such was Vidocq's amazing life that he inspired many novelists, amongst them Victor Hugo and Balzac. Some even say that his methodical means of investigating a crime were an influence on Conan Doyle and the creation of his fictional detective, Sherlock Holmes.


Indeed, in Les Miserables both the reformed character, Jean Valjean, and the obsessive policeman, Jarvet, as said to be based on Vidocq. Although the fictional characters and the real man differ greatly, as a writer myself I can see how such an extraordinary life would set the creative juices flowing. 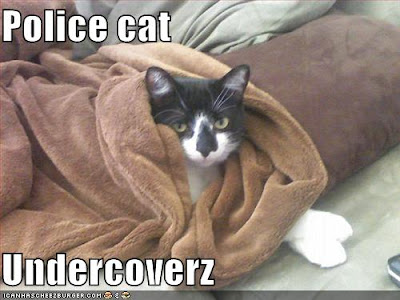