Why do we call fine-pottery ‘china’?
Which tax led to the development of ‘cut-glass’?


This weekend I had that most uplifting of experiences – finishing a manuscript, The Ringmaster’s Daughter, and sending it out to beta readers. Whilst awaiting their verdict I started researching #2 in this series of Georgian romances - which led me to find out some interesting trivia about dining in the early 18th century  table settings.
Let us start with George Ravenscroft and his invention of lead crystal (OK, the purists will argue this is a flawed statement. Apparently George didn’t ‘invent’ lead crystal but refined an already existing process to the point where it was usable. Also, the word ‘crystal’ is strictly incorrect, since the structure of the lead-glass is not crystalline  in the scientifically accepted use of the term. But hey ho, it is what it is and I digress already)
George Ravenscroft was an importer and exporter  of fine goods who spent some of his career in Italy. Whilst there he observed Italian glass making techniques and decided it would make good business sense to recreate their fine crystal for the British market. On his return to England, he set up a workshop and was very secretive about his methods – presumably because he was afraid of imitation. It is unclear how he came to create his fine lead glass (or crystal ) and there were initial teething problems with crazing or ‘crizzling’ where fine cracks appeared with use, rendering the glass cloudy with time.  But once the crizzling issue was resolved, Ravenscroft glass became extremely popular and very fashionable. 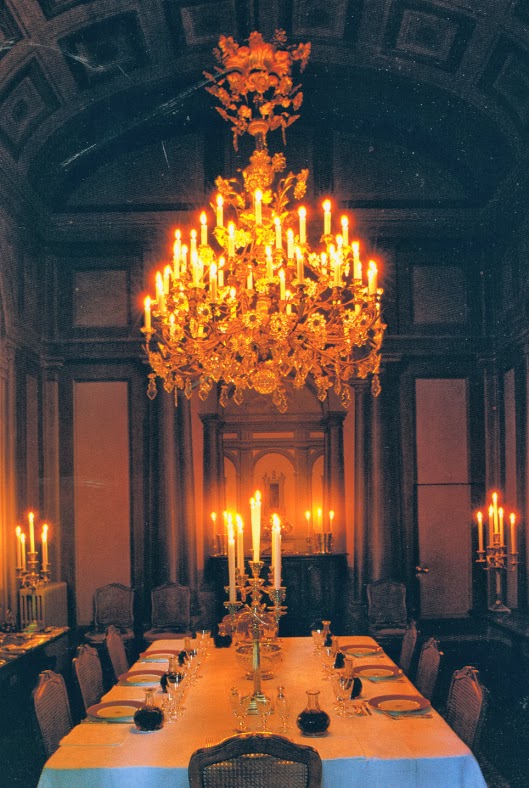 The addition of lead gave the glass a brighter, cleaner appearance which well suited Georgian tastes. The light scattering properties of  Ravenscroft’s lead crystal made it ideal for chandeliers – and at a time when candles were the main light source for the wealthy – it was a match made in heaven.
For the table Ravenscroft manufactured heavy, clear drinking glasses but when a glass was taxed in 1745, he reduced the weight by cutting deep jags and slices into the surface of the drinking vessels. This made them sparkle and shine even more when the light hit them – which became fashionable in its own right.
When setting a table in the early 18th century, shimmer and shine were all the rage – and no more so than with eating utensils. The wealthy ate with silver cutlery – the forks laid prongs down so as not to catch in dangly lace cuffs and sleeves. Later, in the 1770’s, Thomas Bolsover developed the technique of silver plating base metals and the way was opened for the aspirational gentry to adorn their dinner tables with silverware.
The early 18th century also saw a great fad for china and porcelain. We derive the generic word ‘china’ from the thin porcelain imported as ballast in the hold of tea clippers. At this time tea was very expensive and highly desirable, but the taste was easily tainted in transit by the smell of other cargo. To this end the tea from China was packed in thin pottery, and in turn these pots became fashionable. In time, for each ton of tea imported, six tons of porcelain accompanied it as ballast.  By 1723, over 5,000 teapots for 1 ½ d each, were imported – as compared to the cost of a (admittedly extensive) tea service in 1712, which was over £5.
In the 1740’s a Chelsea factory began producing English bone china – beautifully painted and decorated – the like of which had not been seen before. A passion for china was born with the wealthy aspiring Meissen crockery from Germany and collecting tea-cups and ‘jacolite’ (chocolate) bowls from Italy. Indeed, Queen Anne decreed food must be:


‘…brought to the table on fair china plates.’ 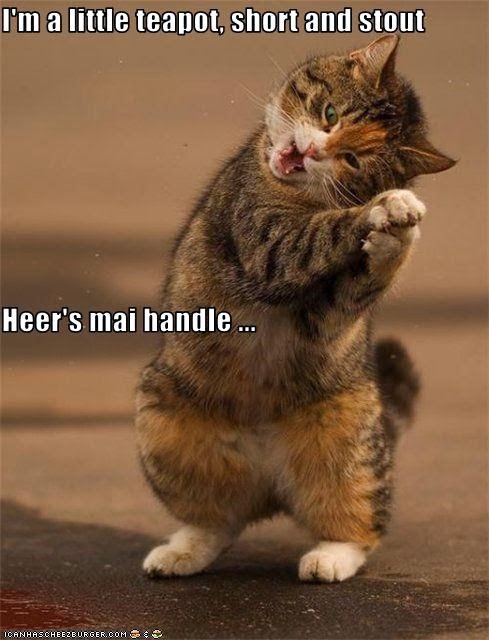