This week’s blog post was inspired by a cartoon by Thomas Rowlandson of a rabid dog in an 18th century coffee shop. It set me wondering how common rabies was in Georgian Britain…read on to find out.
Rabies has been widespread throughout the world, including Britain, for many centuries. In Georgian times a notable outbreak occurred in Britain around 1734 - 5. Reports of rabid dogs went quiet for a while but then sadly escalated in 1752 when they penetrated St James’, in the heart of London. Orders were given to shoot dogs on sight. 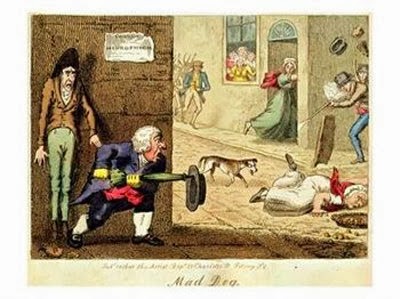 Seven years later, and events escalated again. A serious contagion occurred in London that took three years to bring under control. Owners were ordered to keep their pets indoors and a two shillings per head reward offered, to kill street dogs on sight. Unfortunately, this bounty triggered scenes of barbaric killing rather than being an effective method of disease control.
By 1774 rabies had become generalised throughout England and paupers were discouraged from keeping dogs and a larger reward, of 5 shillings per head, offered for each stray killed.
In 1793, a lone voice, Samuel Bardsley proposed a quarantine system ‘to eradicate rabies from the British Isles’. He suggested isolating dogs for a period of time to ensure they were free from disease, and the prohibition of imported of dogs until they had undergone a period of quarantine. The suggestion was ignored at the time but picked up again in 1851 by William Youatt who thought an appropriate quarantine period was eight months . Unfortunately, no one listened to Bardsley or Youatt and it was a century after the former’s suggestion was made, that the idea was put into practise. 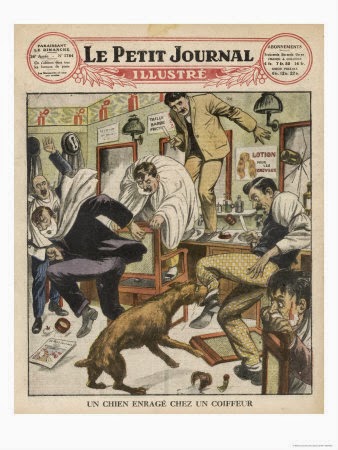 During the 18th and 19th century rabies was endemic in the UK. Packs of semi-wild dogs formed the main reservoir of infection which crossed over into hunting dogs. One such outbreak amongst stag hounds meant the whole pack had to be destroyed. Rabies was at last brought under control when legislation was passed in 1867 and 1897 which enforced the humane shooting of strays, muzzling of pet dogs and strict quarantine of imported animals.


And finally, rabies put in another appearance in the UK, in 1918. Soldiers returned from the First World War smuggled pet dogs in from France and some of these dogs were incubating rabies. Fortunately the outbreak was limited and brought under control by 1922. 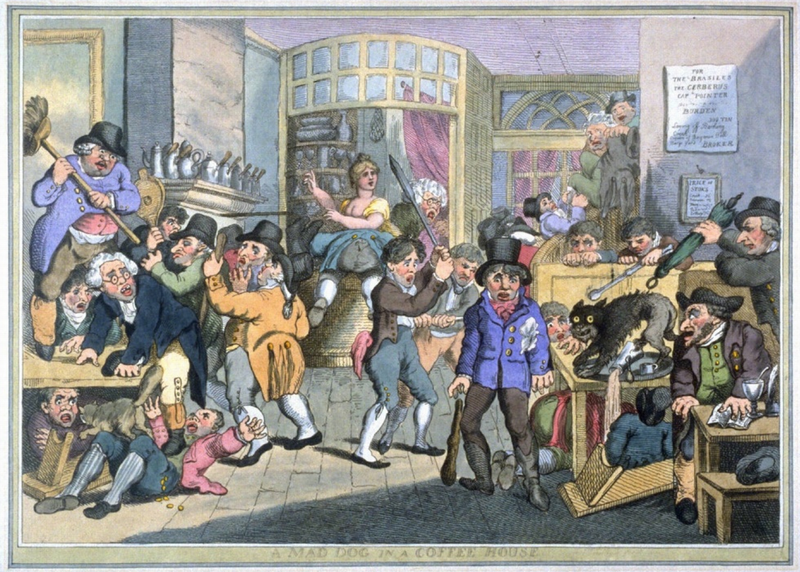