Of Noble Dogs and Nobility

"Histories are more full of examples of fidelity of dogs than of friends." Alexander Pope

Alexander Pope wrote this at the beginning of the 18th century, in agreement with the sentiments of King Frederick II of Denmark. Indeed, some histories have it that the latter 16th century king created the country's highest order of merit in order to honour his dog, Wilpret. 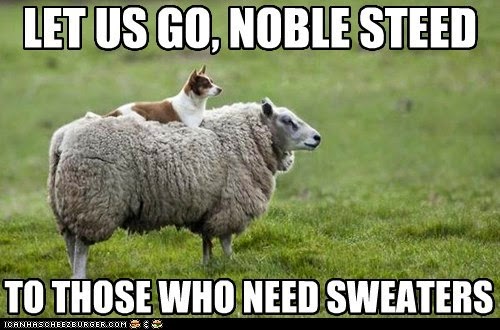 King Frederick II had a reputation for being a man who enjoyed life to the full. He had a penchant for wine, woman, hunting, and feasts, and some even say that he drank himself to death. But perhaps being hot-headed, vain, and ambitious hides an underlying disappointment in the fidelity of the human race. It seems the one constant in his world was his dog, Wilpret.
It is said that Frederick honoured Wilpret by awarding the dog the Chief Order of Denmark (which later became the Order of the Elephant – an honour only bestowed on royalty, or people of exceptional importance.) This is backed up by an gilded plaque, now hanging in the Wallace Collection, London, showing a mounted Frederick. The plaque bears the inscription:
"My trust is in God alone, Wilpret is true."
In a world of shifting allegiance, Frederick's dog at least was constant.
Writing a little of over a century later, Alexander Pope applauds this recognition of canine allegiance.
"A modern instance of gratitude to a dog is that the Chief Order of Denmark (now call'd the Order of the Elephant) was instituted in memory of the fidelity of a dog nam'd Wild-Brat [sic]."

However, some people believed that dogs had a place, and that wasn't necessarily at a king's side in the council chamber. Samuel Pepys, writing in his diary in 1667, seems irritated by King Charles II playing with his dogs during a meeting.
"the silliness of the King, playing with is dog all the while, or his codpiece, and minding the business."
With the Stuart family history it is easy to understand why Charles had a low opinion of people and only truly trusted his dogs. As Bishop Burnet remarked after Charles' death:
"He thought that no one did serve him out of love…"
Although, the constant companionship of faithful canine companions hopefully brought some comfort. Indeed, they did go everywhere with him, as this poem by Lord Rochester implies:
"His very dog at Council Board,
Sits grave and wise as any Lord."
Perhaps one of the reasons why Charles loved dogs was that they put on no airs and graces in his company.  Indeed, whilst traveling on a barge with "a dog the King loved", Samuel Pepys writes how the dog fouled in the boat.
“which made us laugh, and me think that a King and all that belongs to him are but just as others are.”