I live in suburban London. On Tuesday I went to the shops and stopped on the corner of the street to speak to a neighbour. However, our conversation came to an abrupt halt when a pair of juvenile foxes ambled out of the garden to play on the road. Even though I’ve grown used to seeing foxes at night, this brazen disregard for our proximity was surprising.
Foxes are an increasing problem in our cities, because of the easy availability of food. Some misguided people deliberately feed the foxes, whilst another subset of people leave food litter on the streets which encourages not only foxes but also rats. 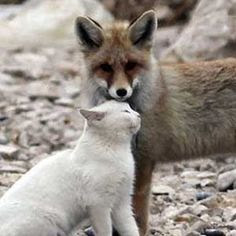 A History of Urban Foxes in London
Urban foxes are nothing new, but the high numbers are exceptional. But believe it or not, many of these first foxes were deliberately imported into London from Scotland or Wales. This was because in Victorian times there was a ready market for the sale of foxes to supply the hunt.

If a wealthy landowner’s estate was low on fox numbers, which made the foxhunt unsatisfactory, then a trip to London was the answer. Live foxes could be purchased in bulk at Leadenhall Market, transported to your estate and then released.

A Most Unfortunate Fox
One exceptionally unlucky fox had an extremely traumatic life. He was sold, released, hunted, and resold, not once, not twice, but three times – and only met his death by the hunt on the fourth occasion. The fox was identified by a slit ear and holes in the other ear which marked him out as unique. He was repeatedly bought by the Duke of Grafton, but on learning of this remarkable tale there were protests.

It was argued in the press that the fox had earnt the right to be hunted no more.
“[His continued survival]…ought to have entitled him to the privilege formerly granted to a stag who had been fortunate enough to escape from his royal pursuers.” 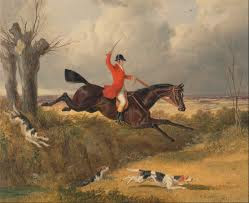 Truly Wild Foxes
The population of truly wild foxes in London started to rise with the advent of the railways. The foxes followed the path cleared by the rail tracks and the burgeoning road network, and found rich pickings in the urban environment.

What constantly amazes me is that many people who put food out for foxes are either own dogs or are dog lovers. Of course I’m a huge animal lover and have nothing personal against foxes. However, feeding the urban fox population is a huge mistake because it encourages them to breed. 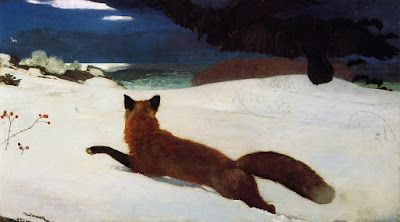 The Deadly Threat of Lungworm
A larger fox population means a greater reservoir of hosts for the deadly parasite, lungworm. This is a fox parasite, and when it infects dogs can cause death. If lungworm goes untreated the dog develops vague symptoms such as a cough or tummy upset. But far worse than this is that lungworm interferes with blood clotting.

Seemingly healthy dogs can die in the space of 24 hours from a minor cut which refuses to stop bleeding. Or some dogs bleed internally and collapse, much to the distress of their owner (who co-incidentally may have been attracting foxes into the garden with food). 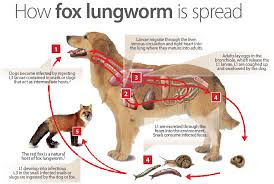 Avoiding Lungworm
If you are a dog owner then don’t encourage foxes. In addition, to protect your pet take the following steps:

·         Your vet can recommend a product licensed to prevent lungworm. Use it regularly
·         Don’t leave toys or water bowls outside. This is because slugs and snails act as an intermediate host and have larvae in their slime. Dogs can become infected by contact with the snail trail
·         De-slug your garden
·         Don’t encourage foxes