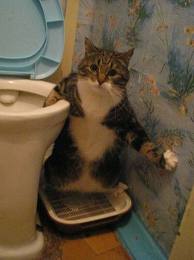 With thanks to the internet and my sharp eyed husband for the following (alleged) Tony Blair story: 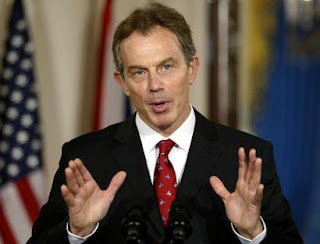 On a recent trip to the , Tony Blair, Ex. Prime Minister of the , addressed a major gathering of Native American Indians. He spoke for almost an hour on his plans for a CarbonTrading Tax for the and At the conclusion of his speech, the crowd presented him with a plaque inscribed with his new Indian name - Walking Eagle. A very chuffed Tony then departed in his motorcade, waving to the crowds. A news reporter later asked one of the Indians how they came to select the new name given to Tony Blair They explained that Walking Eagle is the name given to a bird so full of shit that it can no longer fly.

I love learning about words and phrases and with Tony Blair in mind, I discovered an interesting origin to the common British term for a toilet, politely referred to as “the cloakroom.” 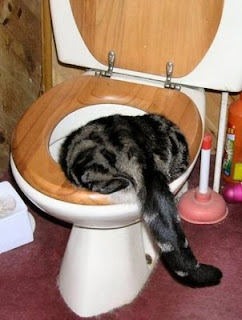 It started with the Normans who introduced the first fixed room for what we would now call an indoor toilet. The , at the , built shortly after the Conquest, has garderobe shafts built into the thickness of the walls. (These shafts faced away from the city of so that the newly beaten subjects wouldn’t see the stains left by the conquerors’ faeces) These garderobes were little more than a room with a seat over a hole, and called garderobes because they were literally places to “guard robes.” It seems the ammonia rich environment was an excellent way of killing fleas and other unwelcome parasites, and so your most precious garments would be hung in the garderobe. It is from this same origin that the term ‘cloakroom’ is thought to have developed. 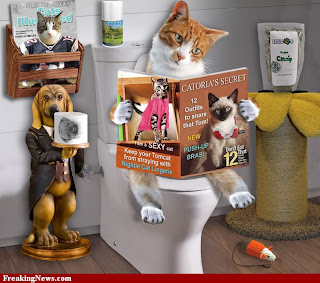 Whilst on the subject of cloakrooms and toilets, you may be interested to learn that the ancient Romans favoured a sponge tied to a stick, as the most hygienic way of wiping their bottoms - this may well be the origin for the expression “getting hold of the wrong end of the stick.”!
Posted by Unknown at 07:50