Halloween - Cats and the Undead. 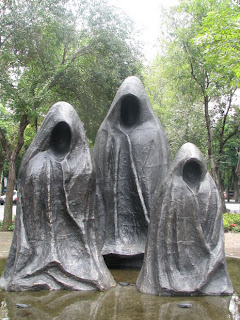 For centuries cats have been linked to the supernatural - and never more so than at Halloween when spirits from the underworld are said to roam the earth. This superstition has its roots in Samhain, a Celtic festival marking the start of winter, when a portal between the spirit and physical worlds briefly opened. The Anglo-Saxons adopted this festival but renamed it 'Halloween', and later the Christian church rebranded it as the eve of All Saints Day. However, folklore in many countries has it that the devil can enter man’s domain throughout the year, using the cat as his agent. 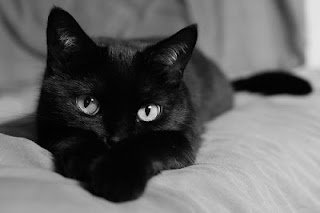 Old English tradition said a cat roaming in a graveyard was in search of a soul to possess and worse still, a cat sitting on a gravestone had claimed the deceased for the devil. Indeed, two cats fighting in a graveyard were interpreted as a battle between an angel and the devil, and in medieval black cats represented the devil and white, a healer. 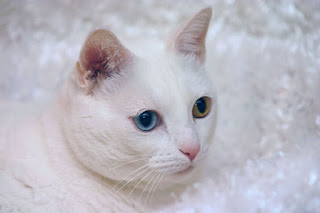 During the middle ages in Eastern Europe, it was said that a cat jumping over a corpse transformed the deceased into a vampire, whilst in a cat that walked over a body would be killed, so as to preserve the soul of the departed. Remarkably similar superstitions existed in ancient .  On the death of his owner, a cat would be given away until after the burial. The relatives believed that if the cat leapt over the body, the corpse would rise up and miss its chance of redemption. 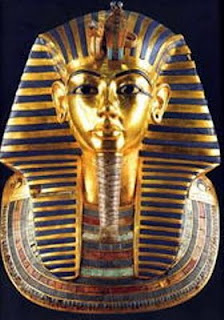 On a more positive note, the Malayan Jakurs held that on their death, a cat would lead them through the fires of hell, spraying as he went to cool the path to heaven. Likewise the Egyptian Pharaoh, Tutankhamen, was led safely to the underworld by a black cat.


A Norse legend, tells that Freya, the goddess of love and fertility, rode in a chariot pulled by two black cats although the latter were actually horses that had been possessed by the devil. The cats served Freya well for seven years, and at the end of this time were rewarded by being turned into witches – disguised as cats.
Centuries old insecurities led the cat to be labelled as the witch’s familiar. The Hungarians even specified the age at which this happened and the cat could be spared by incising a crucifix on its skin before it reached seven. even had its own sinister cat, the Cait Sith or Highland Fairy Cat; more demon than fairy, this monstrous black and white animal with a spot on his chest, was said to be a transformed witch. 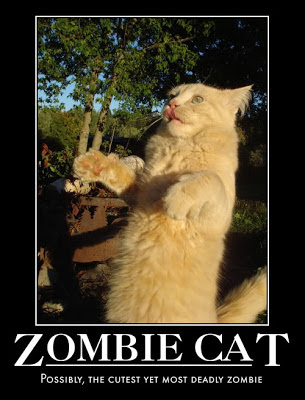 So strong was the association of cats with witchcraft that in 15th century they were synonymous as a symbol of evil. Pope Innocent VIII legalised the persecution of witches, and many women who kept cats were tortured. The hysteria spread, harming women and cats was encouraged in the name of ‘casting out the devil.’ When Elizabeth I came to the throne, some Protestants staged mocking ceremonies of this superstition, by filling a wicker dummy of the Pope with cats, which they threw onto a bonfire. The screams of the cats was said to be,
‘The language of the devil from the body of the Holy Father.’
This sick circle continued with Catholics shaving cats' heads, to represent protestant friars, and then hanging the poor animals.

The Ainu (Aboriginal people of ) had a much healthier respect, or even fear, of hurting a cat. Their folklore held that a cat would avenge his death by bewitching the killer, causing him to waste away whilst acting like a cat, and die horribly whilst mewing. The Ainu called this possession ‘Meko Pagoat’ or ‘cat punishment.’
The victim could avoid this fate by eating the cat that he had killed. Indeed, it wasn’t too late even if symptoms started to develop, since killing another feline and that one instead could affect a cure!


Consider then the Irish, three hundred years ago, who believed that to kill a cat brought seventeen years bad luck. A man who drowned a cat would himself die by drowning, and a farmer could expect all his cattle to die. Although a broth of boiled cat was said to cure tuberculosis, people were so afraid of the consequences, that they hired professional ‘hit men’ to kill the cat for them and hence take the bad luck.
The last word goes to the Cat-Goblins of . These are spirits that after sunset appear as cats with glowing eyes, who like nothing better than to cause mischief to humans. The traveller is advised to cover his own eyes against them, seek the help of the saints and make for a lighted building – an excellent excuse to find the nearest hostelry in which to recover!
Happy Halloween everyone! 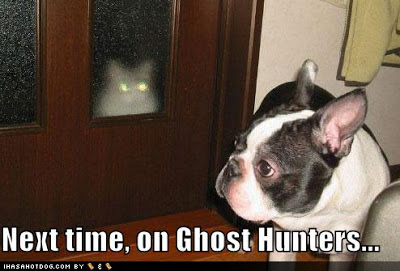