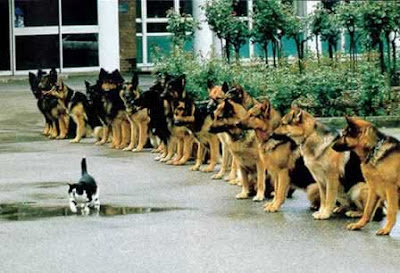 What is the origin of the expression, "At sixes and sevens" - an idiom meaning a state of confusion or disarray?


It wasn’t something I had thought about until a recent trip to the environs of Bank tube station, . My meanderings led me to the and an exhibition, "Butcher, Baker and Candlestick Maker", about the 850 year history of Livery Companies. But the inspiration for this post came later when I mentioned my visit to a fellow vet, as we removed a diseased spleen from a 50 kg German Shepherd! (*1)
Livery companies date back to medieval times as a means of controlling quality, price, wages and working conditions. From the Saxon word "gegildan", meaning to pay, guilds were set up to regulate standards. Groups, or guilds of like-minded men and women (*2) met together, often in churches, and made it their business to care for the orphans and widows of their members; hence the long tradition of charitable activity. The monarch of the day also became involved, granting Royal Charters to Livery Companies (as a means of raising money for the treasury!). By the early 16th century 48 such Livery Companies existed.
Many guilds had their headquarters in large houses or halls, often bequeathed by wealthy members. The halls were lavishly decorated, but sadly most were destroyed in the Fire of London, 1666. Indeed, the Guildhall built around 1411, was the only secular stone building to survive the great fire.

Of the 48 guilds, a list of precedence was drawn up, based on wealth and political power. Competition to be high on the list was fierce.


In the middle ages, the Lord Mayor of London held an annual parade on the Thames, during which the guilds sailed past on barges [incidentally, this is where 'float'  originates. The barges 'floated' past and the term became associated with processions.] However, events came to a head when rivalry between the Merchants Taylors and the Skinners erupted over which of them had the honour sixth place. They treated the Lord Mayor's parade as private boat race, fighting broke between the two barges and lives were lost. It took nearly a century for a compromise to be reached, when in 1484 the Mayor, Robert Billesdon, proposed that Merchant Taylors and Skinners should alternate sixth and seventh place, swapping over each Easter.

It is possible that the expression, 'at sixes and sevens' predates this - in 1380 Geoffrey Chaucer mentions, "to set the world on six and seven," in Troilus and Criseyde. He uses it in this context to mean "to risk ones life" or "to hazard the world." However it seems likely that the Merchant Taylors/ Skinners dispute confirmed the idiom in the English language.

(*1) My colleague mentioned he went to Merchant Taylors school, Northwood. He recounted the dispute between the Taylors and Skinners, and how lives were lost on the - and this whetted my appetite to find out more!

(*2) Most companies originally admitted women to their ranks, but this was stopped around 1800.