The Importance of Pets to the Victorians

Do you have an iPhone 6?
If so, why did you choose it: Did you buy into the latest trend or was it because of the functionality (or a bit of both)? In the 19th century consumerism was in full swing, and pets were every bit as important to advertise your disposable income as an iPhone 6 is in the 21st century.
Indeed, the 18th and 19th centuries there was a huge upsurge in pet keeping and activities such as visiting the zoo. By 1851 over half the population of England lived in cities, and yet this was a time when people were still strongly connected to animals. You only have to think of the horse troughs in High Streets to realize how different life was back then.
But the role of animals was changing from being beasts of burden or livestock, to something altogether more social. The new phenomenum of keeping animals as pets was catching on. Indeed, visiting zoos became hugely popular, where the exhibits were regarded as public pets and objects of scientific interest.

However, keeping pets was more complicated than having a cozy companion to snuggle on your lap. The Victorians, being Victorians, believed that an animal’s behavior was a reflection of their owner. Therefore the lapdog, caged parrot, or house cat became a symbol for the morals of their owner. Indeed, the human – animal bond became an expression of many of the inequalities of Victorian society such as social hierarchy and class, and your gender or ethnic origins.
This belief system intensified with the publication of Charles Darwin’s The Origin of the Species (1859). This stimulated debate (amongst other things) about how man’s genetic kinship to animals and amplified anxieties about the hidden beast lurking within man.
It became doubly important to have control over your pets, because well-behaved animals were an indicator of a harmonious household run by a civilized master. Hence there was a strong emphasis on discipline when it came to dog training – and the beginnings of the misplaced “wolf-model” of dog behavior are evident, with it being crucial to dominate your dog in order to prove man’s superior status. 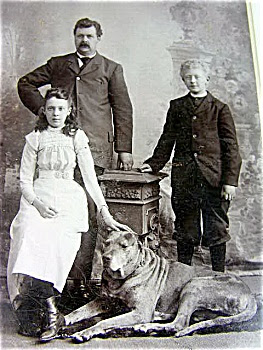 At the same time, another side of pet-keeping was growing – that of “Animal Fancies” or breeding animals to enhance beauty. In the latter part of the Victorian era this saw the rise of dog and cat shows, as well as exhibitions to display the latest in pet-keeping accoutrements such as cages, collars, and luxury beds.


The singular relationship of Victorians to animals was recognized by foreign nations, who frequently gifted exotic animals to the crown or her government in order to curry favor. But this gives just a hint of the complex flavor of the Victorian’s attitude to pets… to be explored in future posts. 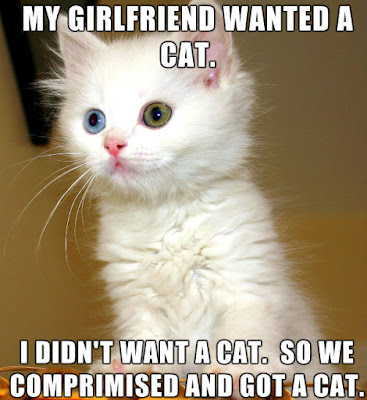