Grace :
Today it's my pleasure to welcome romance author, Melissa McClone back to the blog. Melissa writes for Harlequin Romance. Her November '10 release Christmas Magic on the Mountain is a RITA® Finalist in the Contemporary Series Category. She graduated from Stanford University with a degree in Mechanical Engineering, but quit her job to write romance novels. Writing happily ever afters is a lot more fun than analyzing jet engine performance! She lives in the Pacific Northwest with her husband, three children, four cats and a dog named Chaos.﻿﻿
Melissa is offering a $20 Amazon gift certificate, to one lucky person who leaves a comment during her tour.
﻿Thank you, Melissa. Yoda sounds adorable and I can well imagine the trouble he gets into. The cat trading cards sound intriguing!
Melissa has kindly agreed to post an excerpt of her latest book " Not-So-Perfect-Princess." 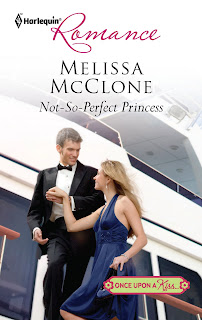