Where did the tradition of hanging out Christmas stockings come from? 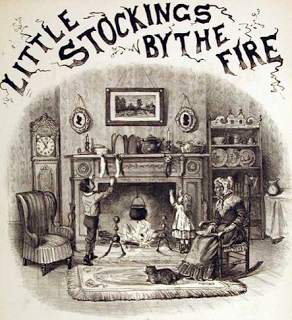 As a child, I remember the magic of on Christmas Eve, being given a pillow case to put at the bottom of the bed. Between getting up to look through the window for Santa's sleigh , and then crawling to the bottom of the bed to see if he'd called already, sleep was an elusive thing - but all part of the excitement of Christmas. 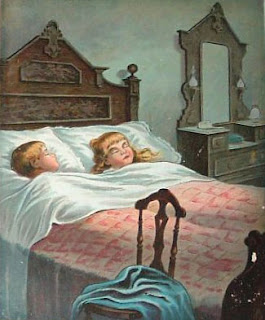 For many children having a pillow case or Christmas stocking waiting to be filled with presents is all part of family tradition - but have you ever stopped to wonder how this slightly odd activity originated?


"They [Christmas stockings] had to hold candy enough to make the child sick, and toys enough to make him unhappy because he did not know which to play with first."
Susan Warner, The Christmas Stocking - a novel. 1854. 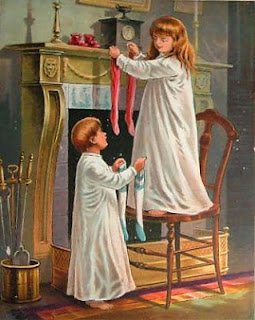 In fact, historians are unclear about exactly when and where the tradition started. Perhaps the earliest origin is a 4th century story about a nobleman who spent all his money providing food for his three daughters during a time of famine. This kind-hearted man even sold his land and moved into a small cottage, using the money to buy bread for the local villagers. On a trip to market his three daughters met and fell in love with three handsome men, but they were unable to marry unless they had large dowries. The plight of the impoverished noble man reached the ears of a travelling preacher, Saint Nicholas, and the story goes that Nicholas knew the good man would be too proud to accept charity, so he waited until the household slept, crept in and filled the daughters stockings with gold coins as they hung up to dry by the fire…providing a dowry and a happy ending. 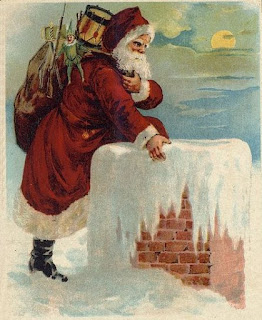 Slightly later stories start to emerge of a Germanic/ Scandinavian figure, Odin, and how children left carrots or straw in their shoes, to feed Odin's magical flying horse. By 16th century , there are written records of children putting wooden clogs by the fire, filled with hay to provide refreshment for Sinterklass reindeer on Christmas Eve. In the morning they rose to find the favour returned and Sinterklass had left small presents in place of the hay.
This tradition went through a bit of a lull until the advent of stories of Santa Claus leaving presents for children resurfaced in the mid 19th century.


"On Christmas Eve, each child hangs up one of its stockings in a place where it can easily be reached, in order that Santa Claus may come into the bedroom during the night and deposit some little present in it. And when the child wakens in the morning, sure as fate, in the stocking is a Christmas pie…cut and baked in the shape of a little baby, with currants for eyes…an orange, a ball …or some other article brought by a nocturnal visitor."
Victorian account of Christmas Eve in . 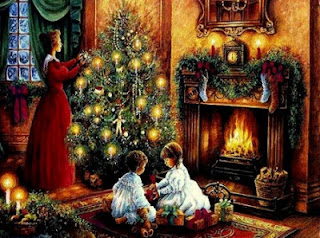 The idea of Santa Claus bringing presents came to from around 1865 - 1870, but accounts of children hanging out stockings pre-date this. Perhaps two traditions melded into one because by 1898 the habit was common place.


"By and by the younger ones are packed off to bed, and with us, as the world over; their stockings are hung at the bed-foot to await the mysterious visit of Santa Claus."
1898, Richard Blakeborough writing about a Yorkshire Christmas.


Just bear in mind, that this was provisional on good behaviour. Badly behaved children might well find not presents, but a lump of coal at the bottom of their stockings….

Wishing you all a very happy and healthy Christmas!
Grace x