Unofficial London - Step Back in Time.

Of these wonderful old shops, which is the cuckoo in the nest? 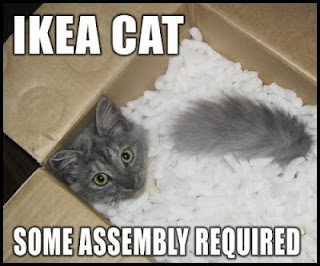 Last Saturday I visited and Piccadilly, , to research gentleman's clubs (but that's another story and another blog post!). I was delighted to find some wonderful old shops that appeared as they might have done when Beau Brummell strutted down St James's or Oscar Wilde went to buy cigarettes. An added bonus were the lovely Christmas displays - so as I'm getting into the festive spirit I've posted some photos and a little trivia associated with each shop.
But which shop is fake and only pretending to be old…read on for the answer!

Fortnum and Mason.
The Fortnums were originally high-class builders who moved to after the Great Fire, to cash in on the capitals reconstruction. William Fortnum became a footman to Queen Anne. William had the idea of collecting the royal households waste candle stubs and melting them down to make new candles, which he then sold to Hugh Mason who in 1705 had opened a small shop in St James's market.
Over the centuries Fortnum and Masons have continued that tradition of entrepreneurship. From 1795 to 1839 they offered their own postal service, with collections made six times a day. At the Great Exhibition of 1851, Fortnum's won first prize as importers of dried fruit (incidentally, they also supplied dried fruit to the troops at the Battle of Waterloo, 1815) And when Queen wanted to send strong beef tea to servicemen tended by Florence Nightingale during the Crimean War, it was Fortnum and Masons she turned to.


Hatchard's.
Also just around the corner from , on Piccadilly, is 's oldest surviving bookshop. Since 1797 the current site has been occupied by a bookseller, pioneered by John Hatchard.


Lobbs.
Lobbs was founded in 1829, and the original John Lobb was a lame farm hand, whose skill with the last and awl won him awards and brought him to the attention of royalty. His shop was established at , on site of Lord Byron's bachelor pad, and to this day still sells traditional hand crafted boots

Truefitt and Hill
William Francis Truefitt first sold gentlemen's grooming products in 1705. Just six years later he had established himself as "Court hair cutter" and "Court head dresser", and along with his brother Peter, later went on to became Wigmaker to King George III.

Bros and Rudd
Another business with links to George III is Berry Brothers and Rudd. Being close to St James's Palace, no doubt their attractive window displays of exotic goods such as tea, coffee, cocoa, spices and snuff, soon attracted royal attention. 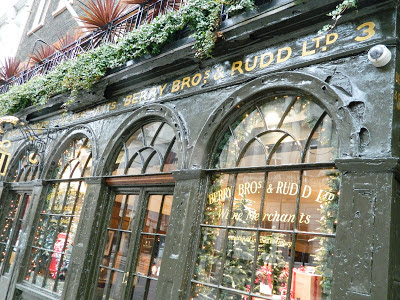 They were established in 1698, and still trade from their original site, . Today they are principally known as fine wine and spirit merchants, and in 1994 were the first wine retailer to open an online shop.

James J Fox - cigar merchant
This is the world's oldest cigar merchant - so old that they there is a museum in the basement! They first started retailing cigars in 1787, although the Fox family wasn't involved until 1881 when the great great grandfather of the current owner opened a retail shop. Customers have included Winston Churchill, who bought his cigars here, and Oscar Wilder, who defaulted on his bill of 37 pounds, for gold tipped cigarettes of which he reputedly smoked 100 a day.


-
No post on Victorian shopping would be complete without a mention of the Burlington Arcade. The arcade was built to stop litter and dead cats being tossed over Lord Burlington's garden wall - (for more see a previous post here:  http://graceelliot-author.blogspot.co.uk/2012/08/dead-cats-and-commercialism-london.html  ) 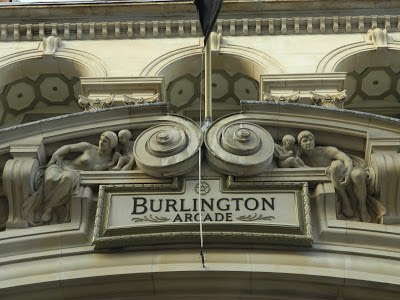 And the cuckoo?
Did you guess?
The answer is: Truefitt and Hill - because although the business dates back to Georgian times, this shop was only established in 1994 and merely looks old, as opposed to the other premises which really are old!
Well done for making it this far!
Before you go, two things.
Firstly, HOPE'S BETRAYAL' is FREE 5 - 9th December inclusive (Amazon)
and
secondly, why not sign up for my newsletter (every 2 months) with news of new releases, special promotions et.c? Just fill in the form here: