Give a Dog a Bad Name

People have loved their pet dogs since the domestication of wolves took place in the Mesolithic era. But what can we learn about man’s relationship to dog from phrases and sayings from the past – the results may surprise you! 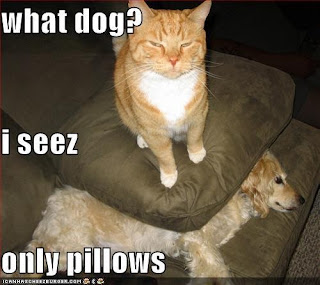 Dog
A domesticated carnivorous mammal, Canis familiaris (or C. lupus familiaris), which typically has a long snout, an acute sense of smell, non-retractile claws, and a barking, howling, or whining voice, widely kept as a pet or for hunting, herding livestock, guarding, or other utilitarian purposes. [OED]
Where does the word ‘dog’ come from?
‘Dog’ belongs in a group of word that are unique to the English language. These are a collection of animal nouns that end in  -g , such as hog, pig, stag and …erhm…earwig! ‘Dog’ is used in olde English texts, but not as often as ‘hound’ – variations of which are found in many European countries ( Dutch – hond, German – hund. ) 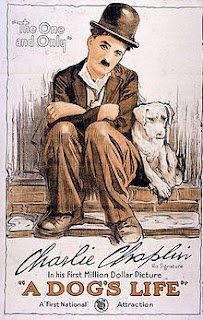 To ‘Cast Someone to the Dogs’
Lapdogs were known prior to the 18th century, but largely regarded with distain.  The proper place for a dog was as a working animal, hunting or guarding. The language used in the 17th century and earlier reflects the workman-like relationship of man to dog and the rough life the animal was expected to endure.
To cast someone to the dogs (expression recorded in 1556) or go to the dogs (1619) was used to mean that you didn’t care what happened to that person.
Dog eat dog (used from 1789) and unleash the dogs of war (Shakespeare’s Julius Caesar) – language denoting the savagery of dogs – a far cry from cuddly lapdogs!
Likewise a medieval proverb about not waking a sleeping dog (a variant of which is still in modern use, let sleeping dogs lie) – meant to watch out for trouble if the dog was woken.
A Hair of the Dog
‘A hair of the dog’ is in common parlance as meaning an alcoholic hangover cure - but surprisingly this saying actually originates from the mid-16th century and the fear of rabies. At a time when rabies was present in Britain, one suggested remedy to cure a bite from an infected dog, was to imbibe of ‘a hair of the dog that bit you.’  Just as with the hangover cure, it’s unlikely this helped. 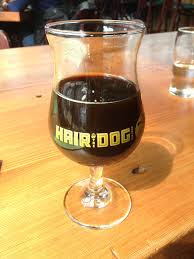 A Dog’s Life
The majority of working dogs lived outdoors and although fed scraps, they also largely fended for themselves. The original intent of ‘a dog’s life’ was to imply a pitiful, miserable existence. The word dog was similarly used to imply something second-rate, poor or debased, such as in: dog-Latin. From the mid-19th century onwards dog welfare improved somewhat, but before this there was little objection to dogs being abused, beaten or misused – spurning many expressions reflects this: dog-tired, dog-weary, dog-hungry and dog-sick. 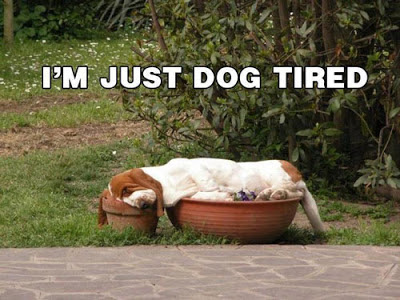 To be ‘sick as a dog’ or ‘lead a dog’s life’ – implied a very unpleasant existence indeed, whilst ‘to die a dog’s death’  meant a dishonourable end. Indeed, another phrase ‘to give a dog a bad name and hang him’ comes from an English, 17th century custom of publically hanging dogs with a bad reputation. This spurned another saying, “Whose dog is hanging” – meaning “What is all the fuss about?”  As late as the mid-20th century, in Derbyshire and Essex, to refer to a ‘dog hanging’ was still widely understood as meaning a public fuss or spectacle. 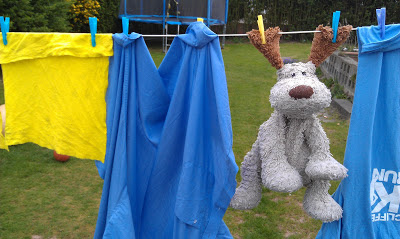 
Sadly, there will always be exceptions but for the most part dogs today are lavished with affection and care; with this in mind I’m happy to conclude that ‘to lead a dog’s life’ has a much happier implication in the modern age than in medieval times. 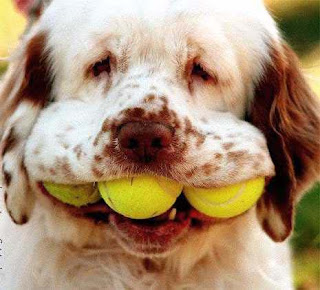 Email ThisBlogThis!Share to TwitterShare to FacebookShare to Pinterest
Labels: a hair of the dog, cast someone to the dogs, dog-tired, dog-weary, it's a dog's life