A Short History of Pantomime

As part of the 2013 Advent Blog Hop, I’ve taken the history of pantomimes as a theme and thought it would be fun to look into how such a quirky entertainment came about.
“He’s behind you!”
That famous cry from the audience as the pantomime villain creeps up behind the principal boy…which brings back many happy memories of Christmas’ gone by. For my family it was a Christmas tradition to see a pantomime during the festive season – indeed now I have a family of my own, we continue this trend (As an aside, one year we took a relative and her American husband with us to the theatre. He was totally bemused and just didn’t know what to make of all the cross-dressing with actors playing the ugly sisters, and a beautiful actress masquerading as the hero - let alone all the bad jokes and audience participation. Our friend from the US claimed pantomimes are unknown in America – I’d be interested to know if this is the case or not. Comments welcome at the end of this post.) 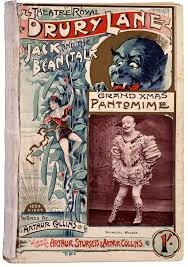 For those unfamiliar with the concept of pantomime here is the dictionary definition:
“A funny musical play based on traditional children’s stories, performed especially at Christmas.”
What this misses is the quirky, almost ludicrous element of pantomime, whereby men play women and women men, there is slapstick humour and the audience is expected to shout out in response to what they see on stage – a far cry from the usual hush of a theatre auditorium. 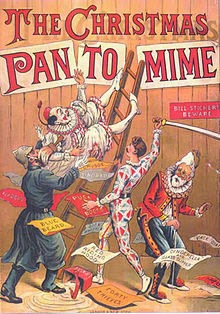 The clamour for something different emerged in early Georgian times with the public eager for novel entertainment, tricks and spectacle.
The original pantomime pieces were short “Night scenes” – short scenes of slapstick comedy performed between the acts in London’s theatres. They heralded from Italy and a genre of performing art called commedia dell’arte  which was brought to England by French players. Rivalry between the two London theatres of Drury Lane and Lincoln’s Inn Fields meant they were always on the look out for novelty. They adopted some of these scenes and incorporated them into longer stage shows and by 1723 the pantomime was born. 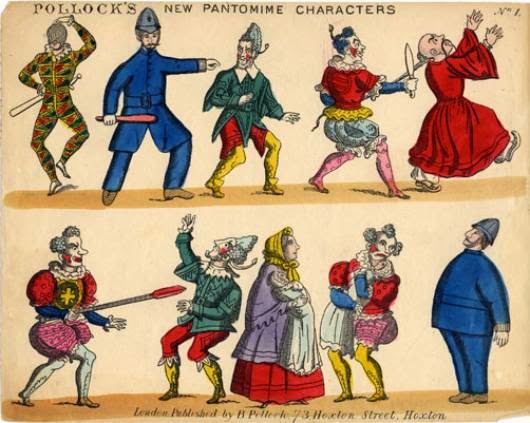 Drury Lane took an early lead with Harlequin Doctor Faustus, but Lincoln’s Inns Fields achieved more lasting success with The Necromancer. The later had singing, dancing, spectacular scenery and unusual special effects. Audiences flocked to see sights such as the miller getting hoisted in the sails of his windmill, Helen of Troy rising through the stage and a monstrous dragon the belched flames and roared.
It was a while later in the 1750’s that pantomimes became associated with Christmas entertainment, thanks mainly to David Garrick. Although he disliked the genre he was not averse to the money it brought in and mounted a special pantomime each Christmas. By 1806 the Covent Garden Theatre opened with Harlequin and Mother Goose, which is still regarded as the most famous pantomime of all time. It established some of the hallmarks of the modern panto when the pantomime dame was played by a man, in this case the actor and singer Samuel Simmons (1773 – 1819) and Joseph Grimaldi as Clown (1775 – 1846). Part of the popularity was that it poked irreverent fun at serious ballets such as those produced at the King’s Theatre, Haymarket.
By Victorian times the plots were inspired by European fairy tales or English nursery rhymes. Children were encouraged to attend as part of a family entertainment, for they enjoyed the fast pace and comedy of the play. Over the decades the panto evolved to contain such elements as a pantomime animal – usually a horse or a cow (a skin with two actors inside playing the back and front ends), a good fairy to guide the star-crossed lovers, risque double entendre, audience participation and even, in late Victorian times – a guest celebrity. Indeed, this carries on into the modern age where panto provides regular seasonal work for washed-up or B-list celebrities. 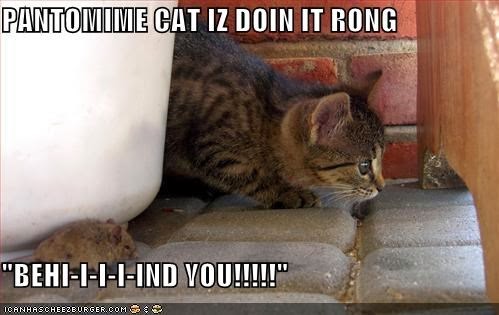 Don't forget to visit the other stops in the
Virtual Advent Tour!
Posted by Unknown at 02:07