King Charles I at Carisbrooke Castle

This January it is 365 years since King Charles I was executed. Last week we retraced his final steps to the scaffold outside the Banqueting House, London, but this week we visit Carisbrooke Castle, where the doomed king was imprisoned for 10 months from 1647 – 1648.
After his defeat in the English Civil War, Charles surrendered to the Scots. But after months of negotiation with the English, the Scots handed the king over to parliamentary commissioners in January 1647 in exchange for £100,000. Charles was held prisoner at Newmarket, Oatlands and Hampton Court. However, Charles escaped from the later and made his way to the Isle of Wight, perhaps with the intention of fleeing to France. The king made contact the governor of the Isle of Wight, Colonel Robert Hammond, who although was a parliamentarian Charles believed he had sympathy with the royalist cause - but he was wrong. Hammond confined Charles in Carisbrooke Castle and informed the parliamentary authorities.


Initially, Charles was housed comfortably in the Constable’s Lodging and allowed the freedom to  roam, but plots to renew the war and escape attempts meant he was placed under closer supervision. Even so, Hammond treated him as an honoured guest and imported furniture from Hampton Court for the king's comfort, as well as dozens of servants. Charles held 20 course meals in the Great Hall and a bowling green created on the field used to drill troops.
Charles' first escape attempt was to climb through the window of his bedchamber – but he suffered the indignity of getting stuck in the bars. He was moved to different rooms in a part of the castle built 60 years before by a cousin of Elizabeth I, and placed under armed guard.
Undeterred, with the aid of his page (with the magnificent name of Henry Firebrace), he made two more attempts. On the night of 20th March 1648 Charles successfully climbed of a window – to be betrayed by two guards who had taken money to let him escape and then turned him in.
Whilst at Carisbrooke, Charles continued plot and scheme – broking a secret treaty with the Scots – they undertook to invade England of Charles’ behalf and restore his throne, in exchange for establishing Presbyterianism in England.
The ensuing skirmishes were put down by the New Model Army and the Scots finally defeated August 1648 at the Battle of Preston.
The only option left open to Charles was to negotiate with Parliament. On 5 December 1648, the majority voted to continue negotiations but Oliver Cromwell wasn’t prepared to take the risk of people uniting behind their one time monarch . Cromwell purged those sympathetic to Charles from Parliament, leaving those who would eventually put him on trial and send him to be executed on a scaffold outside the Banqueting House, London – 30 January 1649. 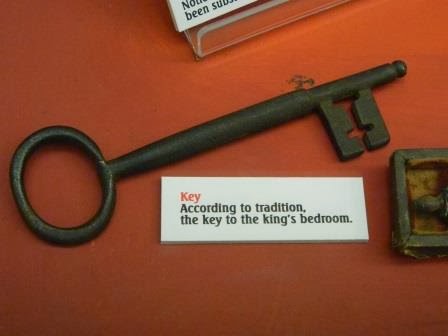 The post about Charles' execution can be found here:
London Then and Now: Charles I's Execution

And finally....10 days to release on 1st February - look who's taking a sneak peek at an advance review copy of The Ringmaster's Daughter! 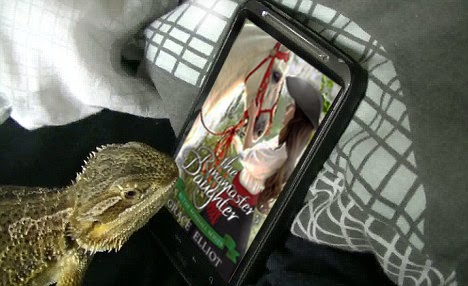