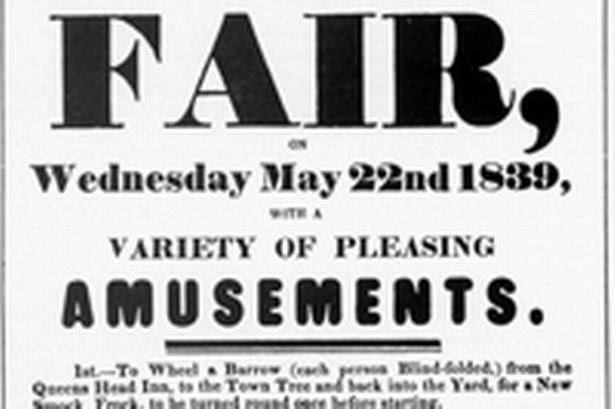 This morning dawned grey and dull – not great weather for Pinner Fair which takes place today. Traditionally held on the Wednesday after the Spring Bank Holiday, Pinner Fair dates back to 1336 and the reign of King Edward III. I remember it well as a child (in the 1970's, I hasten to add, not the 1300's.) This charter allowed the Mayor of Harrow to hold a weekly market and a larger fair up to five times a year. This has survived down the centuries as the annual fair in May.
As a child growing up near Pinner, I used to walk into the village with my father to watch the rides being set up. The walk still is very pleasant, especially at this time of year with the trees in blossom, but it is essentially a stroll through suburbia, albeit with neat front gardens and well-to-do houses. Quite different from what met the visitor in the 1830's.

'We used to go across the fields about four miles to Pinner.'
Revd. Henry Torre
My father and I would walk along Bridge Street and the High Street to watch the lorries being unloaded and the bustle of rides being set up. In previous decades this was regimented by the police and a sergeant would blow his whistle at 6pm, to signal the start of the 'rush-in' to claim the best pitches. The fair people, who were waiting in side streets, would rush to their favourite spot and lay claim to it by sticking a pole in the gutter.
As a child I had two favourite rides; the ponies that ambled up and down the lane outside the Police Station, and the traditional carousel roundabout at the top of the hill beside the parish church. The last time I visited the fair was with my own children, several years ago and although the carousel roundabout survives, the ponies giving rides are no more. Although the relatively innocent stalls of hooking a duck on a stick still exist today, more and more of the rides as noisy mechanical rides designed to thrill and frighten. A lot has changed since those earlier fairs.


'The chief attractions were roundabouts, swinging-boats, single-stick and boxing matches; among the labourers, jumping in sacks, climbing a greased pole for a leg of mutton or a hat on the top, and last but not least in importance a dance at a public house.'
Revd. Henry Torre.  Recollections of School Days at Harrow (1890)

Some of the public houses in Pinner, such as the Queen's Head, and The Victory, date back centuries. Nowadays the publicans are content to make money from visitors to the fair popping in for refreshments, but in past centuries they were more enterprising.  Dancing booths were popular and the local publicans often took advantage of the crowds to organize a dance in a side room.
'The dancing was in a small room, and the atmosphere, impregnated with the smell of beer and tobacco, and the noise of dancing in chaw-boots, to a merry fiddle were something indescribable. Dancing continued till about midnight, when we walked back to Harrow.'


Nowadays, there is no dancing, but plenty of eating and drinking. For the one day of the fair the main roads of the High Street and Bridge Street are closed to traffic to make way for the attractions. It must be a sign of my age but the fair lacks the magic it held for me as a child. It just seems noisy, dirty and expensive. So what about you? Do you like fairs? 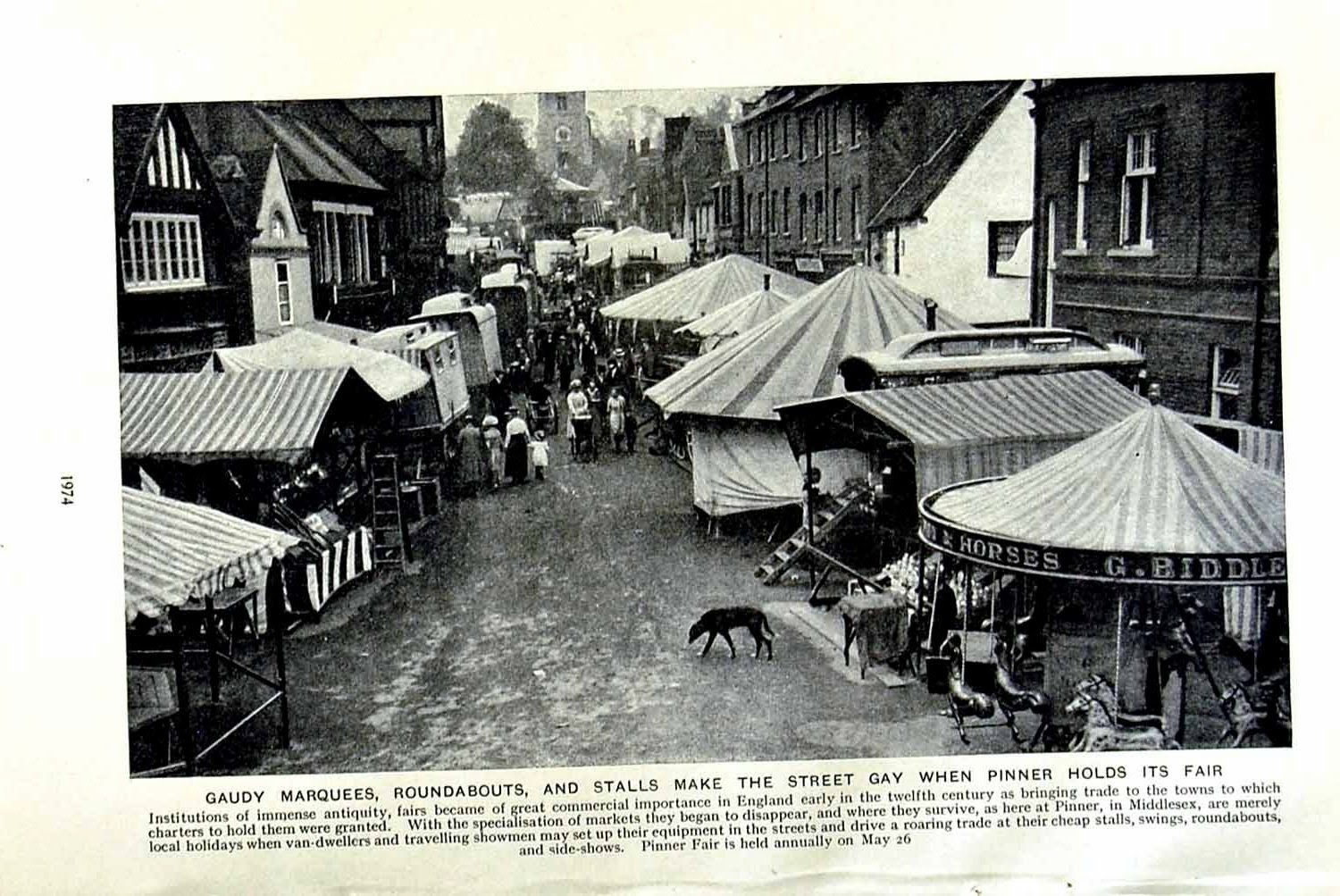