Today I'm delighted to welcome author, Laura Purcell to Fall in Love with History. As an indie author Laura's has achieved what most can only dream of, being spotted and signed by major publisher Myrmidon. Laura is a fellow member of the English Historical Fiction Authors group, and is always so supportive that it is with great pleasure. Over to Laura... 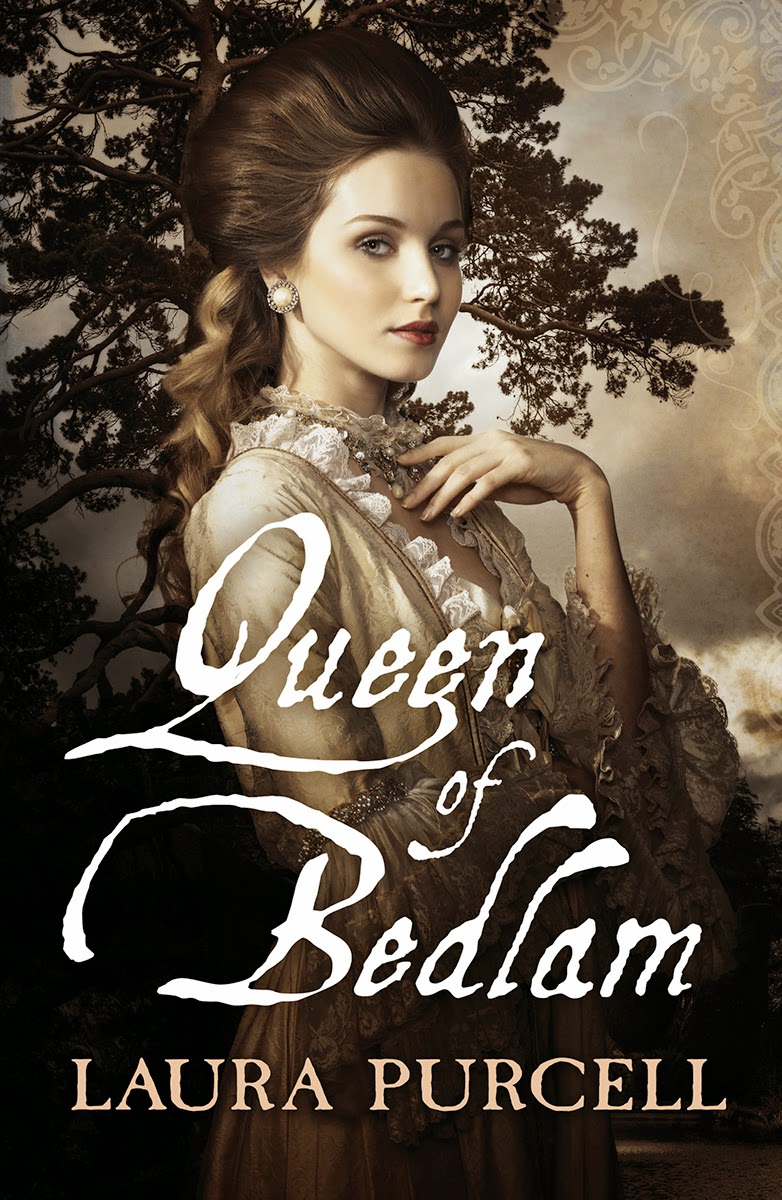 When you write biographical fiction, you need to have a connection with your subject. One of the aspects of Queen Charlotte’s character that endeared to me was her fondness for dogs. Even though this queen had fifteen children, her heart was never too full for a canine companion.
Charlotte rarely appears in a portrait without her dogs. Even her statue in the town of Charlotte North Carolina has a dog jumping up her skirts.  Although Charlotte’s pets would not be like the breeds we recognise today, the visual records show similarities to modern dogs. An early portrait of Charlotte with her two young sons, George and Frederick, has her resting her hand on the head of what looks to be a Great Dane. In the 1779 picture by Benjamin West, she has a long haired white dog, similar to a Papillion, at her feet. Later, in Gainsborough’s portrait of 1781, we see a white and tan spaniel like a Cavalier King Charles. Over a decade on, Charlotte appears in a painting by Sir William Beechey with no less than three dogs; one in her arms that looks like a Shi Tzu, with a possible Border Collie and Greyhound lounging behind. That’s a lot of canines, all beloved enough to make it into an official portrait!
The first dog I came across in Charlotte’s life was at the start of her marriage in 1761. An inventory of St. James’s Palace lists “a large soft cushion stuffed with hair” for the queen’s dog Presto. Presto was evidently a great favourite - there are records of him following Charlotte on official occasions and tripping her guests up! However, he was later eclipsed by a spaniel named Badine.
Badine, which means “playful” in French, was the most famous of Charlotte’s dogs. He was at court around the same time as Fanny Burney, which means he featured in many of the novelist’s diaries and letters.
The queen, Burney wrote, when she goes to early prayers, often leaves me the charge of her little favourite dog, Badine. To-day, after her return, she sent her page for him; and presently after, I had a rap again at the door, and the little Princess Sophia entered. "Miss Burney," cried she, curtseying and colouring, "Mamma has sent me for the little dog's basket."
It seems Badine was a dog particularly attune to his owner’s feelings. Charlotte was deeply distressed after an assassination attempt on her husband. Badine would not leave her while she was unhappy. When [the queen} was dressed for the chapel, she desired me to keep little Badine; but he ran out after her.

Badine was also one of the first dogs admitted to the presence of George III during his bout of “madness” in 1788. The King tied a blue ribbon around Badine’s neck, declaring that the dog loved him, not Charlotte. Poor Badine must have been very confused by the shifting mood of his master during this time.
When George recovered in 1789, the royal family set off on a celebratory tour to Weymouth. They broke their journey at the New Forest, where they were presented with two white Greyhounds wearing silver collars. These probably went into the King’s household, but we do have a record of a smaller, Italian Greyhound in Charlotte’s possession, named Phillis. Phillis was a sweet-natured, elegant pet, “a small masterpiece of nature”. She attended Charlotte and Badine to Weymouth.
Another breed Charlotte was fond of was the Pomeranian. There is a painting of Charlotte by Stroehling from 1807 with a Pomeranian jumping up at the side; this may have been one of her pair named Mercury and Phoebe. These small, fluffy dogs obviously made an impression on Charlotte’s son, Prince George. In 1791, the prince commissioned Stubbs to paint his own set of Pomeranians, Fino and Tiny.

Of course dogs were not the only animals Charlotte loved. Her menagerie at Kew boasted elephants, zebra and no less than eighteen kangaroos. With so many children and a veritable zoo of pets, I imagine the servants of George III and Queen Charlotte were kept very busy – and very stressed!

If you would like to know more about Laura and her work, here are some useful links.