Cats and the Law in the 19th Century

Do you own a cat - or rather, does your cat own you?
The legal status of cats is an interesting one, not least because it is in a cat's nature to roam and the law acknowledges this, giving our feline friends special dispensation to be "a law unto themselves". This week, I glimpse into the law as it pertained to cats in the 19th century onwards. [If you are interested in medieval laws pertaining to cats, this is covered in an earlier post.] 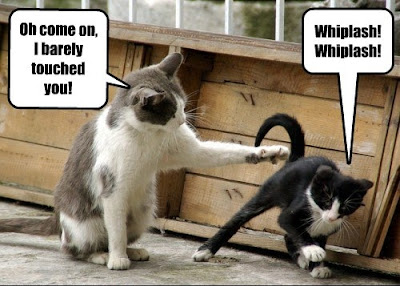 From early 19th century, cats had the legal status of domestic animals, which meant they had a right not to be abused or misused.

That was unless you were a gamekeeper in which case a whole new set of rules applied. Gamekeepers classed cats as “vermin” and as such were permitted to shoot them, especially “poaching cats” spotted stalking the birds under their care.

The law however was determined to give cats’ better protection.
"It may be argued that all cats are potential poachers, for that matter all humans are potential law breakers but they are good citizens until proved otherwise." 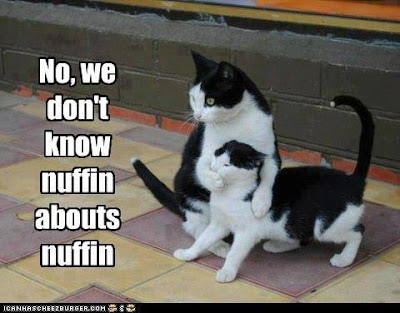 Act of Parliament in 1822 confirmed the cats’ place as a domestic animal, the aim of which was to protect animals from unnecessary suffering.
Vivid illustrations exist, courtesy of the Georgian artist William Hogarth, of casual animal cruelty. Hogarth’s series of four pictures titled “The Four Stages of Cruelty” is his protest against:
"that barbarous treatment of animals, the very sight of which renders the streets of our metropolis so distressing to every feeling mind"

The artist intended the prints to cheap and readily available to the lower classes, in order to educate about the horrors of animal cruelty. The “first stage of cruelty” shows boys doing such heinous things as putting out a bird’s eyes with a needle, a pair of cats hung by their tails, a dog set on a cat, and a cat thrown out of a window attached to a pig’s bladder.
So if common sense and human compassion could not be relied upon to prevent such wanton torture of animals, then the law must step in.

People convicted under this new law of 1822 could be subject to imprisonment or a fine, or both, and be banned from keeping animals themselves. To breach this order was a further offence in itself. The maximum fines were rarely enforced, but records exist of a man who willfully neglected two cats that had adopted his wife in his absence. On record as “Not liking cats,” he failed to feed and water them, and then “unreasonably killed a cat in an improper manner.” The result of his cruelty was a total fine of £39 and 4 shillings. 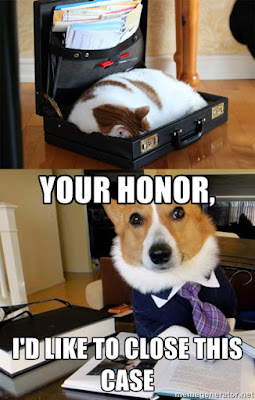 Owning a cat did not (and still does not) require a license and the owner’s rights with regard their cat being their property were shaky or non-existent. It took until 1960s for the law to catch up, and cat owners’ receive some back up in law should their cat be stolen. Larceny Acts (1861, 1916, and 1968) meant theft of a domestic animal was considered a crime, but it took until The Theft Act 1968 to acknowledge that all animals, (cats and dogs), were considered “stolen” when taken without the owner’s consent.

The Protection of Animal Act of 1911, updated in 1970s, lay down more exactly the regulations as to what was cruelty and ill use. This included not performing acts of surgery on a cat or permitting acts of surgery that caused undue suffering. Specifically it made it illegal to castrate male cats without an anesthetic. 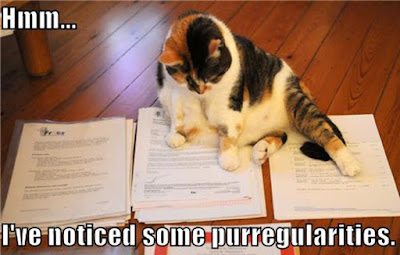 Another interesting area is that of trespass. There is an urban myth that the roaming nature of cats means their owner cannot be convicted of allowing their cat to trespass. However, this is not the case – well, OK, it’s not that clear cut. Cats occupy a unique place in the law.  They are exempt from the rules under the Animals Act of 1971, and the laws of trespass do not apply to them. However, the laws of Antisocial Behavior do.

A single cat strolling through a neighbour’s garden might be a nuisance, and not liable to result in the owner’s conviction,. However multiple cats that foul and cause a public health hazard, or those that do damage, might well land the owner in hot water with the law, as has been the case since the Public Health Act of 1936. An owner who repeatedly lets his cats’ foul someone else gardens or regularly prey on their backyard chickens may be subject to an antisocial behavior order (ASBO) which requires him to take action to prevent that behavior. 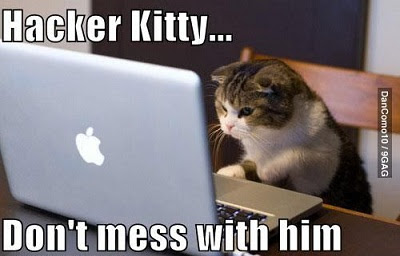 If you would like to know more about law and cats in the modern day, The Cat Group have put together an excellent and comprehensive document which you can view here.
Posted by Unknown at 12:33