Cats and Witchcraft: How Cats became the Devil’s Consort

According to a “Witch Finder Manual” from the 1600s, owning a cat was a mark of a witch.

According to Nicholas Remy, a French witch finder, not only could the devil appear in cat’s form, but cats were basically demonic. 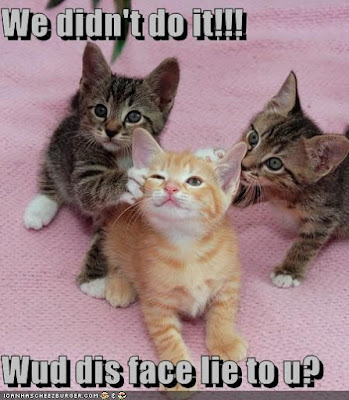 In the Middle Ages cats were persecuted and their numbers fell sharply.So how did things get so bad for cats? How did this anti-cat hysteria come about? Let’s take a look at the reasons why.

The starting point for our story is the 12th century and a cult called the Albigensians. They worshipped the devil who was good enough to put in an appearance at their satanic masses. The devil took the form of a black cat who demanded the attendees kiss his posterior.

It’s postulated that this explains the other name for the Albigensians – the Cathars – a blend of “cat” and “*rse”. (This is a quaint idea but Cathar actually comes from a Greek word meaning “purified”.)
The Catholic Church

By 1233, Pope Gregory VII was decidedly twitchy about devil worship, and blamed lack of faith in the Catholic Church as the work of the devil. However, whilst stories broke of devil worship and evil deeds, some counter claims surfaced. People appealed to Pope Gregory's sense of justice, claiming that his Inquisitor, a man named Conrad, had extracted confessions by threatening people with being burnt at the stake.

However, Gregory’s reacted by strengthening the laws, granting his Inquisitors extra powers to persecute suspected heretics. To this end Pope Gregory issued a Papal Bull, the “Vox in Rama” (Voice in Rama). This is thought to be the first official document to condemn black cats as the devil incarnate and effectively became a death warrant for our feline friends.

With encouragement from the church on their quest to stamp out the devil, this link between cats and witchcraft strengthened. Persecution was encouraged, indeed it was mandatory, and to protest was to risk being labelled sympathetic to dark forces. 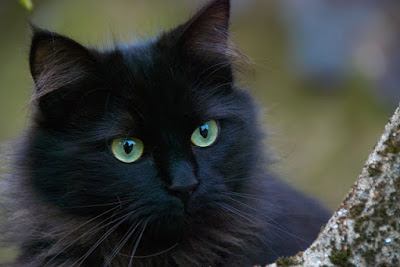 However, some people still clung to the remnants of common sense. In the 1480s when Inquisitors appealed to a local church for help prosecuting suspected witches, the local clergy refused. Again, the Pope of the day, Innocent XII reacted by beefing up the law.

On 5 December 1484, Pope Innocent issued a Papal Bull, the Malleus Maleficarum. In it he gave explicit instructions about the Church’s duty to stamp out witchcraft. A witch was described as:
“Unmindful of their own salvation and straying from the Catholic Faith.”

It seemed witches were responsible for all the ills of the world:
“Slain infants…also the offspring of cattle…blasted the produce of the earth, the grapes of the vine, the fruits of the trees” 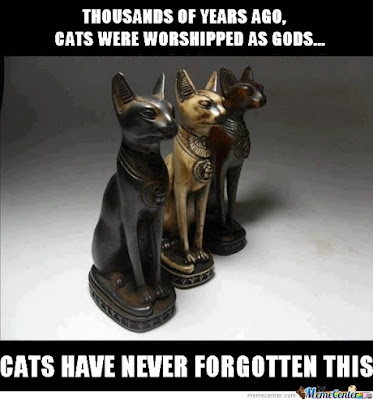 Pope Innocent heaped responsibility for a host of terrifying afflictions at the feet of so-called witches, thereby increasing suspicion within communities, and fuelling unease. Cats were said to be a witch’s familiar; a way in which the devil could take on solid form, and so owning a cat became a high-risk occupation if you wanted to stay healthy.

Ironically, Pope Innocent also found a way to twist ill fate in his favour as proof of the malevolence of the witch. He believed that witches had the power of revenge from beyond the grave.

If you think about it, with so few cats around, the rat population rose. With rats came fleas which carried the bubonic plague. Between 1300 and 1700, when cat persecution was at its height, the Black Death roamed unchecked across Europe and must have seemed like the devil was rife. This led to further persecution... 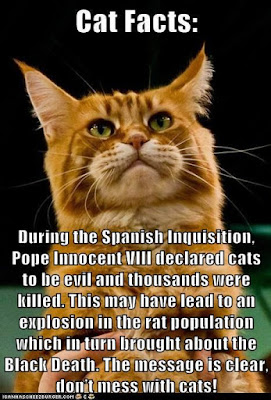 Whilst people had no idea of the link between rats and the plague, with one in every four people dying of the plague it must have seemed there was evil all around. Ironic, when you think that the cat, which could have helped, was being mercilessly persecuted, and tortured to death at a time of mankind’s greatest need.
Posted by Unknown at 13:20