It is only relatively recently that cats have shed their sinister associations to become a much loved, benign pet and family member. In previous centuries the cat was viewed with suspicion or even regarded as the Devil's agent.

"Among quadrupeds the cat has long been looked upon with suspicion, a circumstance due no doubt to the belief that this was one of the forms in which witches were wont to masquerade."
Corrie 1890/1 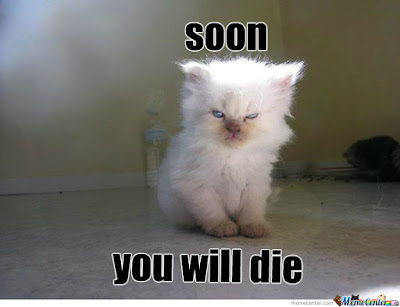 This goes some way to explain why there are so many superstitions linking cats and death. Indeed our first custom relates to cat predicting death.

It was said if a cat refused to come into the house where a sick person lay, this was a predictor of the latter's impending departure from this earth. This ability was said to be due to the cat's ability to see beyond the physical world and tap into the supernatural.

"Mrs Fawset's cat had been curled asleep on the rug...he started up, eyes glaring, fur on end and made fantic efforts to get out of the room...We later learnt this was the exact time that Mrs Fawset died."
22 Nov 1930 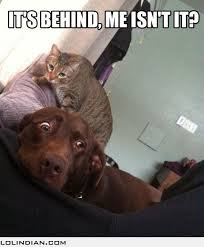 Conversely, in previous centuries if a member of the household died, the cat was banned from the house. This stems from a belief that if the cat jumped over the body or coffin, the welfare of the deceased spirt would be imperiled.

"It was not uncommon for the cat to be imprisoned beneath an inverted tub." Wood 1911

This fear even extended to the funeral cortege, with widespread panic from the mourners if a cat was spotted strolling near the church. 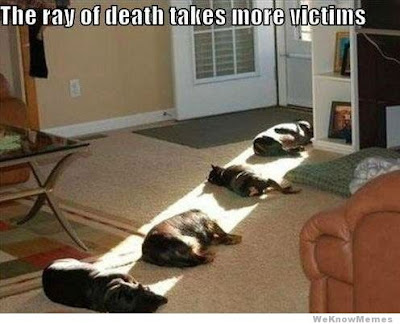 Turning things on their head, the is a traditional saying: "Curiosity killed the cat." Playwright Ben Jonson used a similar phrase in his 1598 play, Every Man in his Humour.

"Helter skelter, hang sorrow, care will kill a cat, up-tails all, and a pox on the hangman."

Shakespeare used a similar version of this saying in Much Ado About Nothing (1599)
"What, courage man! What though care killed a cat, though has mettle enough in thee to kill care."

So when did curiosity put in an appearance?

The earliest written record of "Curiosity killed the cat" was in a compendium published in 1873, where it was listed an an Irish proverb, and it makes more sense to me than "Care killed the cat." 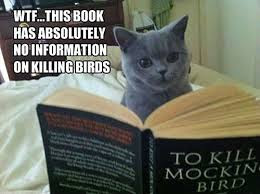 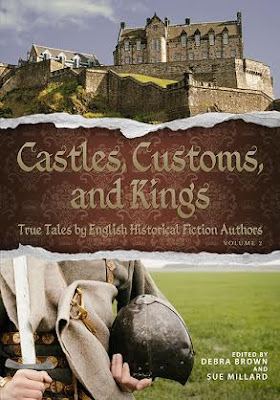 Contributing author: Grace ElliotAn anthology of essays from the second year of the English Historical Fiction Authors blog, this book transports the reader across the centuries from prehistoric to twentieth century Britain. Nearly fifty different authors share the stories, incidents, and insights discovered while doing research for their own historical novels.From medieval law and literature to Tudor queens and courtiers, from Stuart royals and rebels to Regency soldiers and social calls, experience the panorama of Britain’s yesteryear. Explore the history behind the fiction, and discover the true tales surrounding Britain’s castles, customs, and kings.Purchase links:Amazon US Amazon UK
Posted by Unknown at 13:11