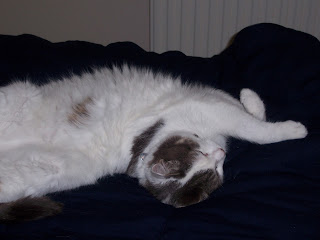 There is a saying in the veterinary world, ‘A cat is not a small dog.’
This refers to the fact that feline physiology is very different to canine, and it’s definitely NOT appropriate, at best, and dangerous at worst, to give smaller doses of dog drugs to cats. Felines lack some of the enzymes necessary to break up common drugs, leading to liver damage and death. Up until the 20 or 30 years, cat medicine as a science was in its infancy and this meant that the commonest option when treating a sick cat was to give it a scaled down dog remedy.
Perhaps the one thing that saved many cats from being made considerably worse by their well intentioned but misplaced efforts of their owner was the cat’s reluctance as a species to swallow pills and potions.
This description of pilling a cat dates from the 1860’s and it seems little has changed.
“Have ready a large cloth and wrap the patient therein, wisping the cloth round and round her body, so that every part of her, except the head, is well enveloped. Any one may then hold it [the cat] between their knees, while you complete the operation [giving the pill] Put on a pair of stout gloves, and then with a firm hand open the animal’s mouth wide!”
Charles Ross 1868.
However Mr. Ross also writes of an easier way to medicate a cat, but this method requires planning and forethought.
“Seriously speaking a lady who is kind to her domestic pets will have no trouble in giving them medicine. When they are kittens, they should be taught to lie upon their backs, and in this attitude with the head rasied, the physic is easily enough administered.”
Yeah right! 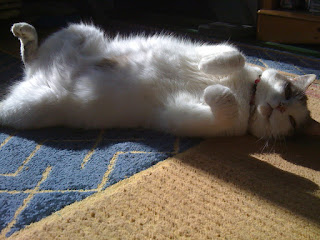 “A sick cat, too, does not fly from those for whom it has an affection; on the contrary I have always known cats to come for sympathy to those who nurse and feed them.”
This makes me wonder if modern cats are the same species as their Victorian forebears! No cats of my acquaintance will co-operate just because its good for them.
And finally, some good advice.
“Administer the physic with a teaspoon, if liquid and be most careful when the dose has been given to gently wash from the cat’s face or breast any drop of the stuff that has fallen there, so that she may not find the nasty taste lingering about her when she goes to clean herself, as otherwise she has the unpleasantness of the physic long after the doses have been discontinued.”
In next week’s post the ‘remedies’ used in Victorian times are discussed….and I shudder. 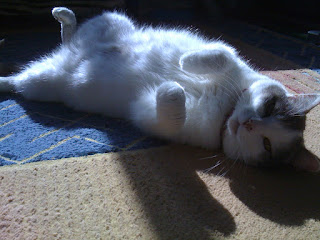