[CONGRATULATIONS TO JENNIFER  - who is the winner of the $20 Amazon voucher - LOVE GIVEAWAYS BLOG HOP.
Jennifer has been notified and her voucher sent and I'd like to say a BIG thank you to every who took the time to enter. Grace ] 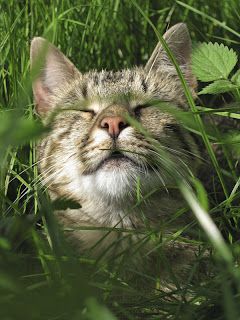 Last week we looked at how, in Victorian times, a cat’s reluctance to take medicine might help keep her alive. This week, we consider some of the remedies commonly inflicted on these poor, unsuspecting animals.
Vomiting.
Now as any cat owner knows, it’s perfectly normal for a cat to vomit from time to time. However if the vomiting became excessive, one Victorian remedy was to:
“Mix half a teaspoon of salt in two teaspoons of water then dose the cat with this emetic to clear the stomach of toxins.”
Please do NOT follow this advice; it is incredibly dangerous and akin to poisoning your pet. Felines are adapted to a carnivorous, and therefore, low salt diet. Their kidneys are not designed to process salt and giving a salt emetic in this way could lead to renal failure (I suppose one hope is that the cat vomits before any of the salt can be absorbed across the stomach wall.)
Malaise.
Now if the hapless Victorian cat was suffering from excessive malaise and lethargy, the answer was:
‘A small dose of brimstone, keep the cat warm and fed on light biscuit spread with butter.’
Oh dear. Brimstone is another name for sulfur; the element used in gunpowder, matches, insecticides and pesticides. Although skin ointments contained sulfur were effective against ringworm and skin afflictions, they worked mainly by cauterization…not the best idea then to make a cat swallow brimstone… 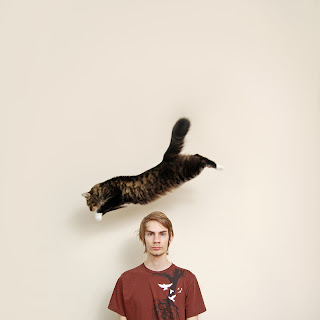 Fits and Delirium.
Charles Ross in his 1868 book ‘Chit Chat Book of the Cat’ defines a cat with delirium as having:
“An uneasy restlessness and wildness of eye. In a bad case the cat may rush around with staring eyes and throw himself at a window.”
[Reminds me of Gromit, my hunting cat when I tried to keep him indoors for his own safety during a firework display!]
The remedy?
“Slightly slit one ear with a sharp pair of scissors in the thin part of the ear.”
I suppose the one good thing about this advice is that it doesn’t involve poisoning the cat, but wait…oh no! Mr Ross goes on to say:
“Or a good alternative is a salt water emetic.”
Presumably this works because the cat is too weak from kidney failure to be delirious any more – or perhaps I’m being cynical! 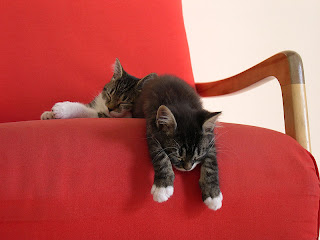 NEXT WEEK: Where the superstition of a cat having nine lives came from.
Posted by Unknown at 08:46