Why Cats Have Nine Lives. 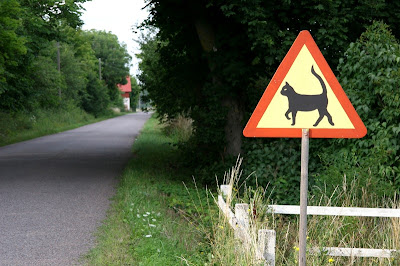 As a veterinarian I’m constantly surprised by the resilience of the feline species. This week alone a 17 year old cat with kidney failure successfully underwent major dental attention, a stray cat lost a leg but was eating the same night and a kitten fell 40 feet with barely a scratch to show for it! Its no wonder cats have a reputation for having nine lives - which set me wondering about where the saying originated.
Research into this fable led me to ancient . The ancient Egyptians believed in 9 ‘great gods’ or ENNEAD, which sounds as if we are getting close to the spot! So who or what is the Ennead and where did they come from? 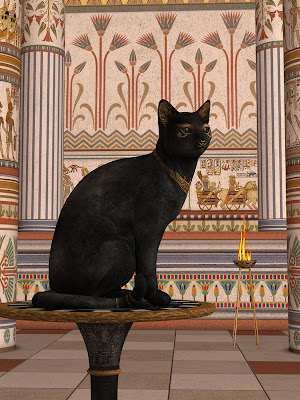 In the beginning there was ATUM-RA – or ‘Cat god of the setting sun.’
Now Atum-Ra begat:
Shu (Air) and Tefrut (Moisture)
Who in turn begat:
Earth and Nut (Sky)
Who in turn begat:
Osiris, Isis, Seth and Nephthys.
In total with Atum-Ra this makes 9 gods.
A religious text dated between 945 – 715 BC records;
“I am one becomes two,
I am two who becomes four
I am four who becomes eight,
And I am one more besides.”
The text is alluding to Atum-Ra being the embodiment of nine gods, or one creator who has nine lives. Indeed, it is now thought some of the multitude of cat statues found in excavations from ancient , are not representations of pet cats or the cat goddess Bastet, but of Atum-Ra. Several of these statues show a cat bearing a sun disk on their head, or bearing a scarab beetle (the symbol for the sun), consistent with Atum-Ra.
Fascinating isn’t it that the culture of an ancient civilization can be so firmly embedded in our own world today? 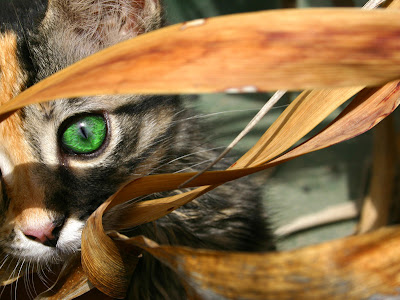 Do you have a story of a cat surviving against the odds? Why not share it here?
Posted by Unknown at 11:25