"FOR LOVE is NEW" - by Jean Hart Stewart. Guest Blogger.

A big welcome today to fellow Regency author, Jean Hart Stewart! I'm so excited to have another historical romance author visiting...and an animal lover to boot! I hope you enjoy Jean's post and please leave a comment at the end.
Grace x
Asking me to write about the Regency period is like opening the flood gates, so beware! I purely love the Regency period and everything about it. Clothes, language, the prissy morals demanded of the women (as least the so-called good women) and the passions boiling under the surface. Men definitely didn’t have to follow the same rules, while a woman was ostracized for the slightest misstep.
I got hooked on Pride and Prejudice when I was fourteen and it’s still my favorite book of all time. I’ve collected copies through the years, whenever I could find one I craved in a used or new book store and have a few whose illustrations are gorgeous. They’re my treasures, and I can hardly wait ‘til my granddaughter, now 11, is old enough to appreciate them.
So I love to write about that period. Not only the people, but their love of animals fascinate me. Dogs, cats, and horses romp through the books.  In For Love is New, an influential character is the dog, Boney. He’s shown on the book cover, since he’s so important to the plot. He’s named Boney because he latched onto the hero and followed him home from . His name causes complications, since the very dastardly villain thinks it’s a derogatory nickname for his man he adores, Napoleon, and is one of the reasons he lets his cruelty lose on the hero and heroine.
is probably the best known hero of that era. Studying his life was a revelation to me. When he was younger his mother thought him hopeless, and publicly stated she expected nothing of poor Arthur. His family sent him to to get him out of the way. While there he started on the road to eclipsing his other successful brothers and becoming a Duke. He married too young and out of a mistaken feeling of obligation to a girl he never truly loved. As a result, although he had two sons, he quite publicly displayed a long list of gorgeous mistresses. Since he was , and living in that time of men getting away with almost anything, it didn’t matter.
His wife played on his sense of duty to get him to marry her. I wonder if she ever regretted it.
A fascinating time period. Do ask me any questions you have. I’d love to answer them… 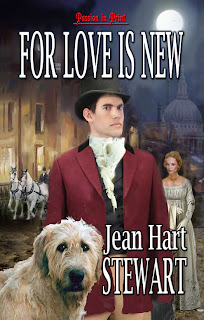 Lord Christian Cherne, recently invalided out of the Penninsular Army, is looking forward to the pleasures of . He has one duty to discharge before he searches for a mistress. He must offer his protection to Lady Juliet Sloan. Paul Sloan was killed in battle, leaving Christian a horrifying letter of his sadistic treatment at the hands of Roger Gullis. To his dismay, Christian finds Gullis sitting in Lady Juliet’s parlor when he comes to call. All his plans must now concentrate on keeping Juliet safe. Christian further suspects Gullis of being a traitor and his fears for Juliet increase.
Juliet is attracted, but suspicious of which man is the traitor. As attraction between Juliet and Christian grows, Gullis turns cruelly vengeful.
Will Juliet and Christian be able to thwart Gullis’ plans to help bring Napoleon back to power, even as he finds wicked retribution for his rejection by the two lovers he has come to hate?
"For Love is New" - excerpt.
, January 2, 1815
“You’re as antsy as a debutante at her first ball, Christian. What in bloody hell is wrong with you?”
Christian threw his best friend an apologetic smile.
“I’ve spent three dammed days at the War Ministry and finally agreed to take an occasional job for them. I didn’t want to do even that. I don’t want to be tied down in any way. Any way at all. And now I must fulfill one last unwanted obligation and call on a certain Miss Juliet Sloan.”
Delaney whistled long and low. “Not really a hardship, my friend. I’ve never met her, but she’s reputed to be a beauty.”
Christian snorted. “I don’t care about getting tied up with a virtuous woman, Delaney, no matter how beautiful. All during this damnable war I dreamed about getting home. I want to start living the life of a carefree bachelor, and all I get is more obligations thrown at me. I want to sample every wicked pleasure has to offer. Virtuous women are not on the list.”
Delaney laughed out loud at this uncharacteristic outburst.
“Satan’s bones, but you’re really stirred, aren’t you? Make your damned duty call and get it over with. 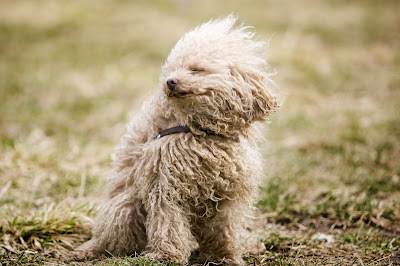 Thank you so much Jean, for joining us here today. 'For Love is New' sounds just my sort of read and I wish you every success. Reading about 'Boney' I just could help posting this cute shaggy dog photo above - forgive the indulgence but he's just so cute!
As Jean said she'd love to share her love of the era so if you have any comments please leave them below.
Kind regards,
Grace x
Posted by Unknown at 10:21