Publish and Be Damned!

Have you ever paused to wonder where the expression, "Publish and be damned" comes from?
In truth, I hadn’t thought about it, until I read the story of Harriette Wilson’s memoirs and the proverbial penny dropped.


In the 18th century Harriette Wilson was celebrated and adored amongst men - for Harriette was a courtesan. She was one of three prostitute sisters, banded together under the name of ‘the Three Graces.’
At a time when social etiquette was everything, Harriette’s attitude was:


“A fifty pound note is as good as an introduction.”
She was lively, extravagant and outrageous, and must have been like a breath of fresh air to some of the men who called on her services. She had many famous lovers whom she listed in order of rank:


…and so on, working her way through Burke’s Peerage to the modest Esquires.
However when she fell on hard times, ever a woman of ingenuity, she channelled her formidable skills into writing an autobiography. She then sent copies of the manuscript to her high-born conquests with a note saying:


“Two hundred pounds by return of post, to be left out.”
One of the few men to resist this unprincipled blackmail was the Duke of Wellington, who reputedly scribbled:


“Publish and be damned” on the papers before sending them back. Accordingly, Harriette was less than flattering in her account of him in her memoirs.
I leave you with a sample of Harriette’s style:


was now my constant visitor – a most unentertaining one, Heaven knows! And in the evening, when he wore his broad red ribbon, he looked very like a rat-catcher.” 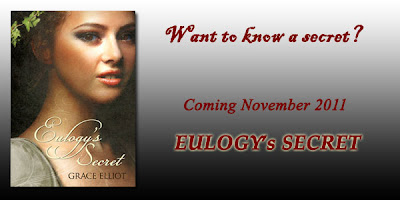