Rules Not to be Broken. 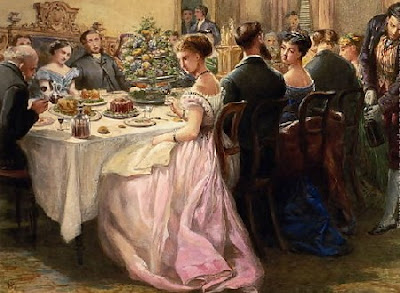 It’s tempting to think that the 19th century was governed by rules. Even a simple thing such as moving around the house in company, had rules attached:


“The lady should be given the wall when descending stairs, but if merely passing from room to room, the man’s right arm should be offered to her.”


But rules abounded nowhere quite so much as hosting a dinner party.


“The direction of a table is no inconsiderate branch of a lady’s concern.” 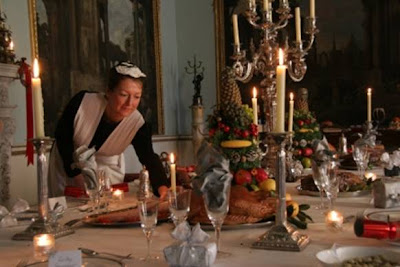 But the finer rules of etiquette were constantly changing.


“…what is considered the height of good taste one year, is declared vulgar the next.”


What a nightmare for the aspiring hostess!


“If a lady…be invited to take wine…they must never refuse; it is very gauche to do so. They need not drink half a glass, but merely taste of it.”


And at the dinner table,


“Ladies are not to dine with their gloves on, unless their hands are not fit to be seen.”


However servants were to wait at table wearing clean white gloves because:


“There are few things more disagreeable than the thumb of a clumsy waiter in your plate.” 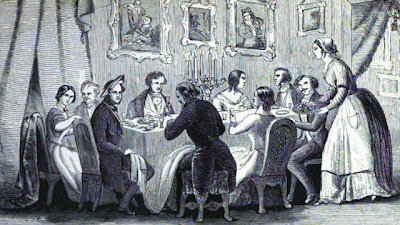 It is hoped some rules never went out of fashion, such as:


“Never use yor knife to convey food to your mouth, under any circumstances. It is unnecessary and glaringly vulgar.”


“Making a noise in chewing or breathing hard in eating, are both unseemly habits, and ought to be eschewed.”


“Do not pick your teeth much at table as, however satisfactory a practice to yourself, to witness it is not a pleasant thing.”


And finally, perhaps a piece of reverse snobbery in this piece of advice about family meals.


“At family dinners, where the common household bread is used, it should never be cut less than an inch and half thick. There is nothing more plebeian that thin bread at dinner.” 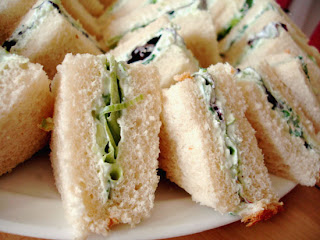 Thin sliced bread, plebeian indeed! Whatever next? Cucumber sandwiches with the crusts on? Heaven forbid!
Posted by Unknown at 12:29