A Quaint British Custom?  - Driving on the Left. 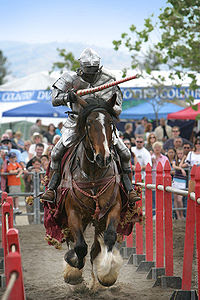 If you are planning to visit the and happen to come from one of the many countries that drive on the wrong side of the road, the following advice, direct from the Ministry of Transport, is for you:


“Visitors are informed that in the traffic drives on the left-hand side of the road. In the interests of safety, you are advised to practise this in your country of origin for a week or two before driving in the .” 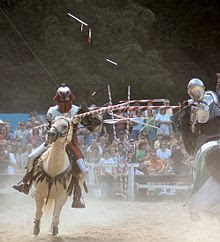 This week’s blog post was inspired by reading an article about the origins of why the British drive on the left side of the road. Apparently, the convention for driving on the left dates back to medieval jousts and the dominance of right-handedness!
During a medieval joust, two knights would face each other across the lists, gallop towards each other with the intention of unseating the opponent with a lance. Since most men are right handed, the lance was gripped with the right arm and balanced across the body so that the lance-head was angled to the left.

However, to me this idea seems flawed. In the photo the horses pass left flank to left flank, but if this was translated to the road, the rider would be on the right hand side of the road - this calls for more research!
It appears that in violent times, such as feudal Europe, since most people are right handed, swordsmen preferred to pass in the street with their sword arm (ie right arm) closer to any opponent ie walk of the left side. This also reduced the chance of the scabbard, which was worn on the left side of the body, hitting people, and kept the sword further away from felons. 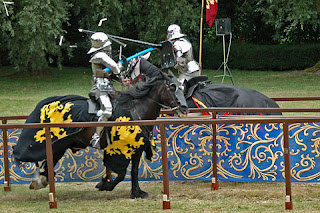 Added to that, it is easier for a right-handed person to mount a horse from the left side. With a sword worn to the left for right-handed access across the body, the right leg is free to swing unimpeded across the horses back. Obviously it is safer to mount and dismount on the edge of the road (ie the left) rather than in the middle of a stream of traffic (to the right)
The continental custom for driving on the right was introduced by the Emperor Napoleon, who happened to be left handed . Since it was he who established the first road system across he adopted right-hand drive. 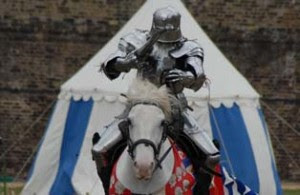 So why chose the right side of the road at all?
In the in the late 1700’s, large farm wagons were pulled by teamsters which involved several teams of horses hitched to one wagon. These vehicles had no driver’s seat but were controlled by the driver sitting on the left rear horse, so that his right arm was free to whip up the horses. Also, when sitting on the left he could watch to make sure he was sure his wagon was clear of oncoming wheels - and therefore kept to the right side of the road. 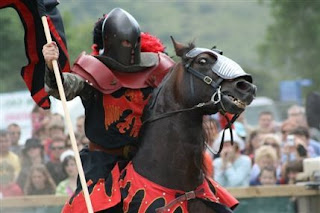 Added to this, during the French Revolution (1789) driving on the right gained a boost. This was because the aristocracy travelled on the left, forcing peasants out of the way to the right. When the aristocrats were trying to keep a low profile, they to adopted the right side of the road!
Don’t you just love history!!! 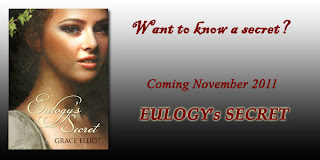 Email ThisBlogThis!Share to TwitterShare to FacebookShare to Pinterest
Labels: custom, Driving on the left, jousting