COUNTERFEITING and PAINTING - A Short History of Makeup. 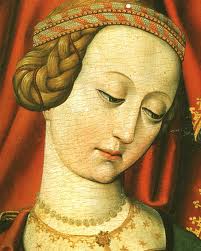 Did you know in 12th century, there was a fashion for women to pluck all their hair back to the crown of the head, to give a bald, egg-shaped silhouette to their face? A high, elegant forehead, devoid of eyebrows or hair was considered highly attractive because it left the face delicate, vulnerable and pious looking. Chaucer describes one such beauty in his translation of 'Romaunt of the Rose.'


In this short series of blog posts, we look at the changing face of beauty and cosmetics.
From early Christianity until well into the 15th century the use of cosmetics was frowned upon as 'giving entry to the devil'. In 'The Book of the Knight of La Tour' 1371, a moral tale is recounted of a woman who spends so long at her mirror that she is late for church.


"As she looked in a mirror, instead of the mirror, the devil turned to her his arse [!] which was so foul and horrible that for fear she was sick."
The author, Geoffrey De La Tour Landry, goes on to write how when a lady 'plucked from her brows and forehead to have away the hair' in order to make herself 'the fairer and pleasing to the world' her vanity gave the devil a chance to enter her soul.


"In every hole that her hair hath been plucked out…the devil [enters] a burning needle into the brain."


This aversion to prettifying was because trying to improve what god had created was an implied criticism of his skill and a mark of ingratitude. It was feared that on judgement day god would refuse to recognise those that had altered his work with make-up. (An additional and unfortunate off shoot of this attitude was that people thought god marked out sinners with ugliness and deformity.)
Attitudes to makeup gradually changed during the Renaissance, with new opinions on beauty, especially in making the use of 'complexion improvers' and 'tints' more widely accepted. In , things also changed when Queen Elizabeth I came to the throne. When I was crowned in 1559, her ivory complexion looked young and virginal and she also wished to emphasise she was her father's (Henry VIII) child, so displayed her golden red hair. She needed to dissociate herself from her mother, Anne Boleyn, who had been accused of being a witch and adopted the view:


"Beauty springs from god…and so one cannot have beauty without goodness."
Castiglione


And if that meant giving beauty a helping hand with cosmetics, then so be it. In short, set out to make herself an icon in order to inspire the devotion and allegiance of her subjects. She needed to create the impression of being more than a 'weak and feeble woman' - but against the costume of her huge and richly jewelled gowns her face ran the risk of becoming lost. Even though the church still held cosmetics to be bad:


"A woman, through painting and dying her face, sheweth herself to be more than whorish. For she hath corrupted and defaced the workmanship of god on her."
Philip Stubbes 1585


's response, just as her father had before her, was to set herself above the church. It is possible that a bout of smallpox in 1562 left her complexion scarred and started her obsession with make-up, specifically a blend of finely ground lead powder, mixed with vinegar and applied to give a luminous, finish that blended away imperfections.


Of course anything the queen did, would be copied by her courtiers and soon a fashion for makeup gripped those who wanted to appear fashionable. also used rouge to highlight her cheeks; red ochre to give a brownish red, or red mercuric sulphide to give brighter shades. Her lips were accented with a pencil of ground alabaster mixed with cochineal, mixed in a wax paste, formed into sticks and dried in the sun - the forerunner of modern lipsticks!


Unfortunately, the lead used in 's base, was highly toxic and ironically one of the side effects was pitting and scarring of the skin. The only remedy was to apply another, thicker coat of the toxic substance… 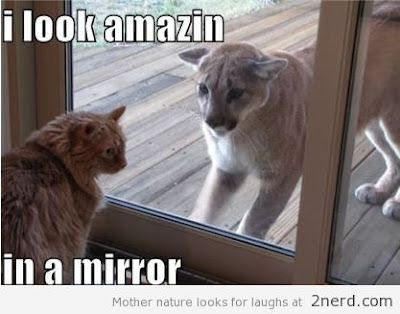 ....and so the subject of next week's post is "Dying for Fashion" - a look at those who died as a result of using make up.
Posted by Unknown at 03:09