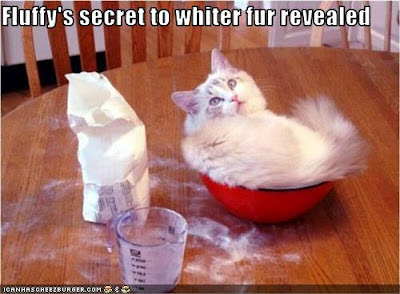 What woman wouldn’t want perfect, luminous skin, free from blemishes and wrinkles?
But at what price?
Queen Elizabeth I applied to her skin a concoction of finely ground white lead powder blended with vinegar to achieve such an effect - and the small fact that lead is a deadly toxin did not deter her (Sounds reminiscent of Botox doesn’t it?)
Part of the pressure on to look beautiful was that she needed the political power that dangling marriage alliance in front of foreign kingdoms gave her, so she had to appear fresh long after her beauty had started to fade. The trouble was the whilst her 'peint' or white lead makeup gave the illusion of a flawless complexion, it was actually eating away at her skin, leaving the surfaced pocked and scarred and the only solution was a yet thicker layer of makeup.

In fairness to , there was a fair amount of naivety about the effects of lead. A little over half a century later, in 1661, a paper was presented at the Royal Society by Sir Robert Moray in which he was quite candid about the illness suffered by workers making lead makeup. They suffered from stomach cramps, dizziness, severe headaches and even blindness, brought on my the fumes of lead during the manufacturing process. But despite his observations no link was made between these symptoms and the product being dangerous to apply it to large areas of skin.

Almost a century after this, in 1755, a correspondent in the "Gentleman's Magazine" warned that women should be wary of beauty's deception because the makeup had "the most nauseous taste imaginable" and smelt vile. Incredibly, it seems no one linked swollen gums, tooth and hair loss, tremors and headaches to the wearing of lead makeup…until the death of Lady Coventry in 1760.
At her debut in 1751, Maria Gunning, who married and became Lady Coventry, was haled as a famous beauty. Her husband disapproved of her wearing makeup and reputedly chased her round the dining room at a dinner party, to scrub her face clean with a napkin. However, her wishes prevailed and she was never seen without makeup - with the tragic result that she sickened, and in 1760 died a slow, agonising death of lead poisoning.

Maria's sister, Elizabeth, who became Lady Hamilton, also suffered severe illness but survived - albeit with ruined looks. But denial seemed the order of the day, as Horace Walpole wrote is 1766,
"that pretty young woman, Lady Fortrose, is at the point of death…killed like Lady Coventry and others by white lead, of which nothing could break her."
So if the threat of horrible illness didn’t stop the use of lead makeup - what did?
The answer lies in the late 18th century and revolutionary . The fashion set by French Aristocrats for heavy makeup became a symbol of their decadence and was decreed a capital offence. The more stubborn aristocrats showed defiance to the end, wearing their 'maquillage' on the way to the guillotine- whilst those who wished to escape notice when without! A new fashion craze started -  a la'Anglaise- modelled on country living and freshness, and so the days of heavy makeup were numbered. ﻿﻿


Next week: Mouse-skin eyebrows - the quirky side of cosmetics!
Posted by Unknown at 04:15