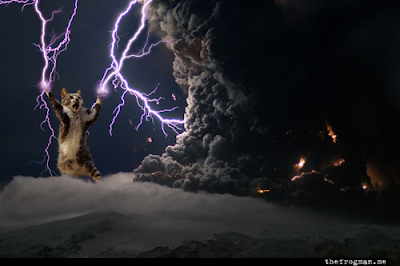 My weekend blog post starts with a question:
Which of the following was used as a lightning conductor?
A – Growing the plant ‘House Leek’ in the garden
B - Wearing a crown of laurels during a thunderstorm.
C - An iron pole connected to the ground via a metal strip.
D - Ringing church bells.
E - Having a ‘Witch post’ near the main door.
ANSWER: The correct answer is C, but surprisingly A, B, C, D and E have all been used as protection against lightning!
It was the Emperor Tiberius who reached for a laurel crown as he believed it gave him immunity from lightning strike. Fair enough, he never was struck by lightning but I suspect he probably didn’t go standing on any hill tops either!

In Medieval Britain, the people of the held that planting ‘House Leek’ in the garden diverted lightning from the thatched roofs of their cottages – worth a try I suppose. And on the same theme of diverting lightning, five hundred years ago in Stangend, North Yorkshire, a farmer came up with the ingenious idea of a ‘Witches post’ carved with the St. Andrews cross so that evil spirits and malign influences could go no further.
Whereas house leek and witches posts did no harm, one tradition in 18th century Europe was positively dangerous. It was the habit in parts of for villagers to ring the church bells during a storm, in order to disperse lightning. Of course with church steeples being the highest points for miles around, and bells being made of metal, there was a high mortality rate amongst bell ringers. Indeed in 1784 a study was undertaken in , when it was realized that 386 church towers had been struck and 103 bell ringers died. 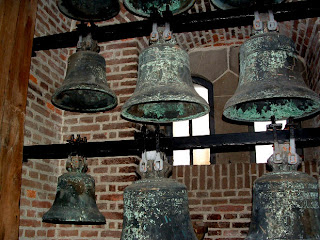 It took Benjamin Franklin, in 1766 to come up with a solution. He proposed mounting iron rods on high roofs; connect to the ground via metal strips. This was tried with resounding success on the 100m tall bell tower of St Mark’s in Venice, which had been struck 9 times…after the installation of the first lightning conductor no serious damage was done. 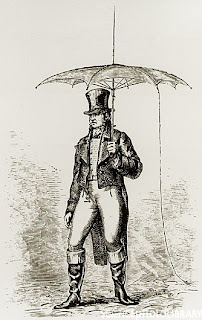 But finally, it seems prejudice overcame common sense when it came to the Georgian Royal Navy. King George III failed to believe any good ideas could come out of the rebellious American colonies and so refused to have lightning conductors fitted to Royal Naval ships. This resulted in the loss of 200 ships to lightening during the Napoleonic wars alone. (The Navy relented in 1830, by which time such conductors were in common use on towers on land.) 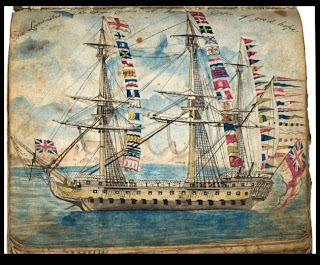